Globally renowned as a rich cultural center, Amsterdam is positively brimming with engaging museums and historical landmarks. Having grown from a small riverside settlement in the middle ages to a modern cosmopolitan paradise, the Dutch capital has seen its fair share of significant historical and cultural developments over the centuries.

Whether you’re looking to retrace the steps of Dutch history, appreciate the works of influential artists or simply discover some brand new cultural insights, the best museums in Amsterdam cater to a huge variety of audiences. 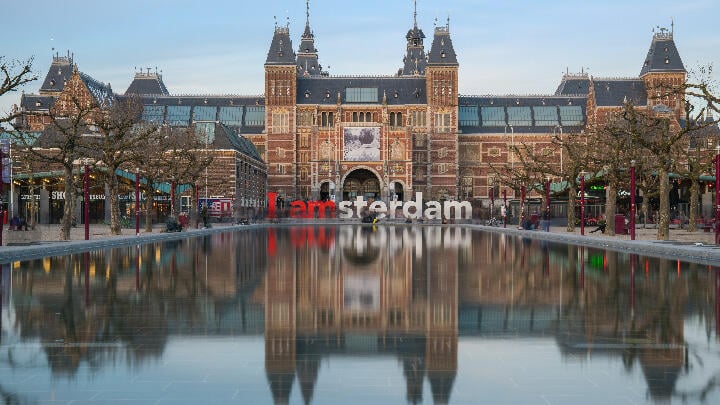 One of the most important museums in both the Netherlands and indeed Europe as a whole, the Rijksmuseum stands as the largest museum in Amsterdam. Dominating the popular Museumplein, the museum is easily one of the most recognizable monuments in the city, most notably for its striking Renaissance- and Gothic-inspired architecture.

The grand halls of the Rijksmuseum are home to a vast collection of art pieces and historical artifacts, illustrating the art and history of the Netherlands from the Dutch Golden Age to present day. Among its more than 8,000-strong collection are priceless pieces from such renowned Dutch artists as Rembrandt and Vermeer, including the former’s famous Night Watch painting. 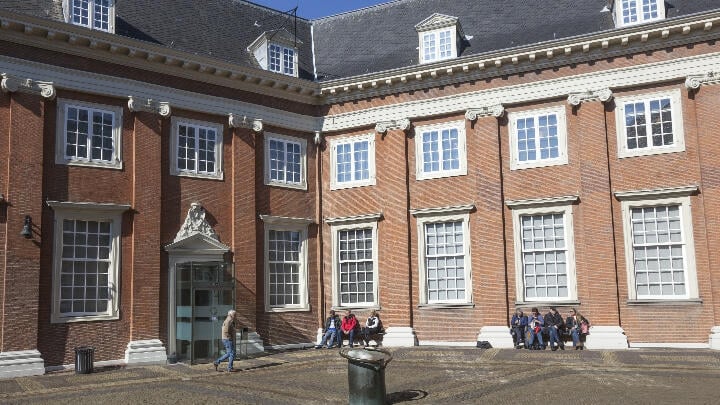 Combining both historical artifacts and striking artworks, the Amsterdam Museum stands as the Netherlands’ most complete public chronology of the Dutch capital’s history. The museum sits within the canal band, just a short walk from the Royal Palace of Amsterdam.

The museum documents the city’s growth from a thirteenth-century settlement on the banks of the River Amstel to the thriving cultural center we know today. Everything from archeological finds and historical artifacts to the works of such Dutch masters as Rembrandt help to paint a picture of life in Amsterdam and the Low Countries as a whole throughout various periods in history. 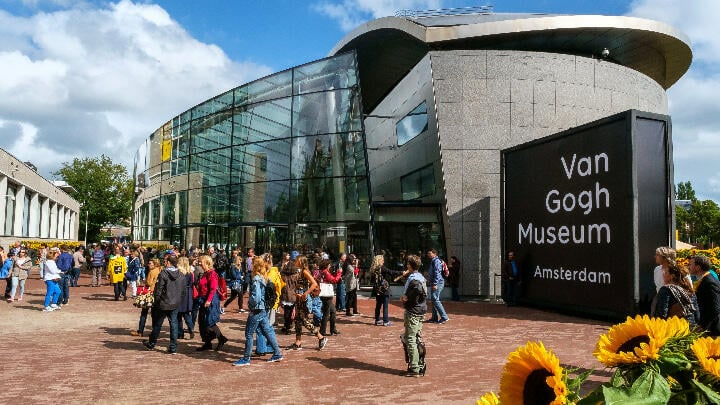 Having lived and worked in the Netherlands throughout his life, it’s only fitting that Amsterdam’s most significant art gallery be dedicated to the world’s most famous painter, Vincent Van Gogh. Just a brief walk from the Rijksmuseum, the Van Gogh Museum stands as the most complete permanent collection of the Dutch painter’s works.

Among the gallery’s vast collection of permanent exhibits are over 200 original paintings and 500 drawings from the Post-Impressionist artist, alongside exhibitions showcasing the works of his contemporaries. The museum is separated chronologically into five periods, each exploring a different key period in his life and work. 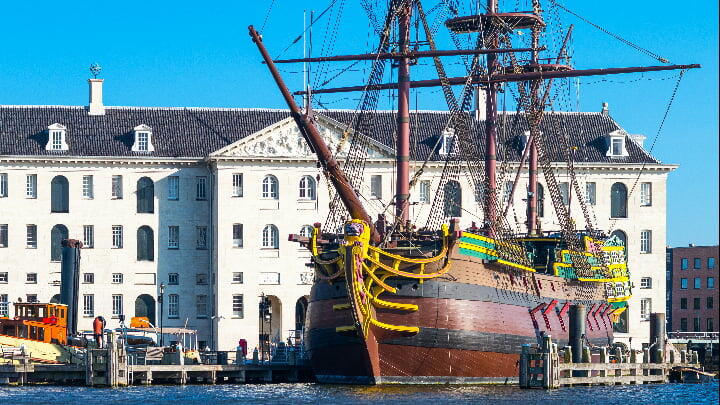 As a country defined by its fight against the ocean and its role as a pioneer in the Golden Age of Exploration, it’s no secret that the Netherlands is a country built on seafaring. The National Maritime Museum stands as a monument to Dutch nautical pursuits, covering everything from the Golden Age to Amsterdam’s historical role as an international trade hub.

Situated quite fittingly upon the water, the museum recounts the history of Dutch maritime activity through the likes of naval maps, contemporary paintings, navigation instruments and a variety of replica ships. Moored outside the museum is a replica Dutch East India Company ship, upon which visitors can see what life was like for crew members on their exploratory voyages around the globe. 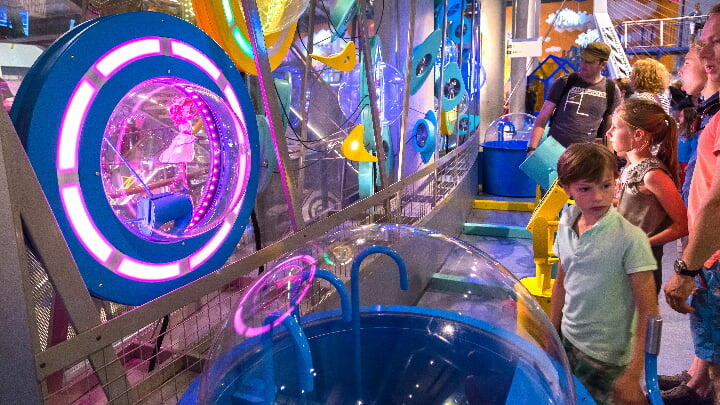 Housed within one of Amsterdam’s modern architectural marvels is the NEMO Science Museum, offering visitors of all ages an opportunity to explore science and technology in an engaging, interactive environment. Various exhibits, workshops, activities, demonstrations and movies allow visitors to see, touch, hear and smell how the world works across five immersive floors.

Situated in the Oosterdok area, the venue’s accessible rooftop offers an additional open-air exhibition, terrace and restaurant, as well as stunning panoramic views across the city. While this is an ideal experience for families with younger children, that isn’t to say older individuals can’t get just as much of a kick from the vast range of immersive exhibitions on offer. 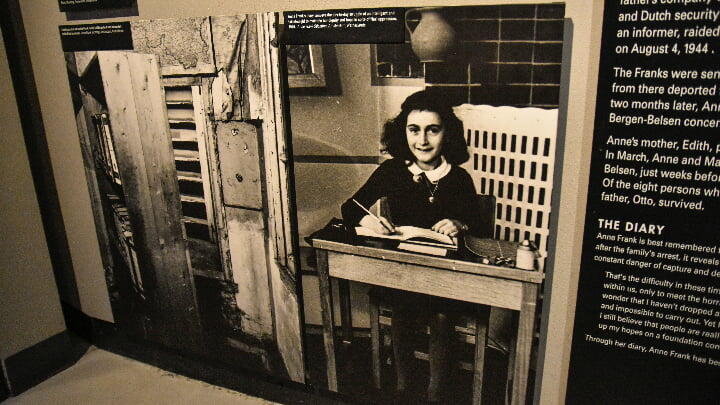 Easily the most popular historical site in Amsterdam is the Anne Frank House. Once the original house in which the famous wartime diarist evaded German capture, the building now serves as a museum documenting her family’s more than two years in hiding, along with sobering insights into Jewish persecution under the Nazi regime throughout the Second World War.

Located on the outer banks of Amsterdam’s canal band, visitors can explore the former premises of the Frank family business including the original concealed annex in which they and two other families remained in hiding. While the rooms of the property now sit empty of original furniture, they still breathe the chilling atmosphere of the period. 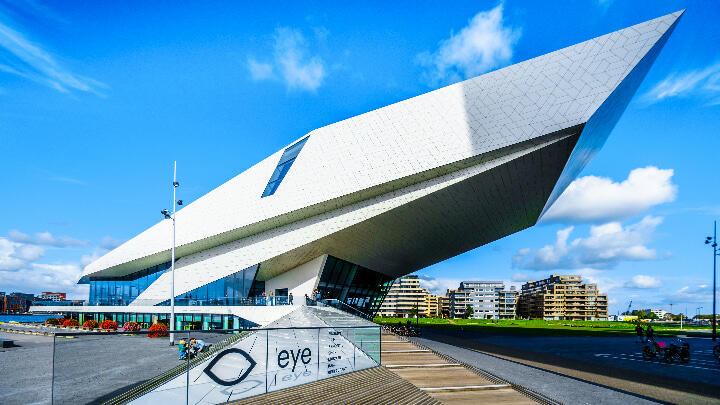 The EYE Film Institute is the Netherlands’ most important center dedicated to the medium of film and the moving image. Visitors to EYE Amsterdam can enjoy a selection of classic screenings across its four main cinemas and explore the many facets of the film industry through its expansive exhibition area.

The museum explores current, historical and artistic developments in film, while its interactive basement offers visitors the opportunity to explore its vast digitized collection. EYE also hosts an impressive program of immersive, educational events and activities for families and individuals alike to learn about the industry. 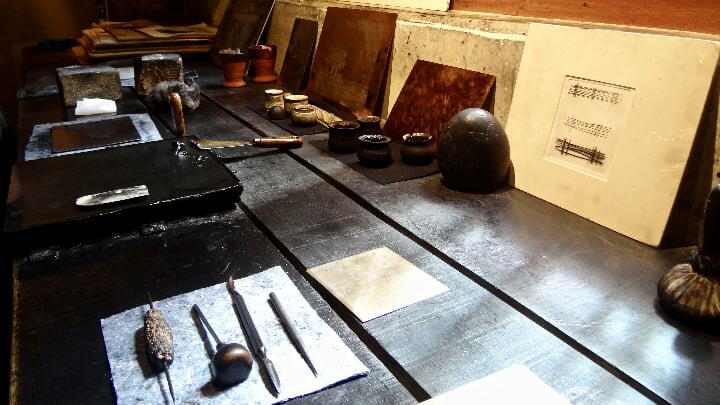 A short ways behind the Red Light District sits the former residence of celebrated Dutch painter Rembrandt van Rijn. A vast property on the banks of Zwanenburgwal, the Rembrandt House has been restored to replicate its exact layout during the artist’s residency, decorated according to an inventory drawn up shortly after his declaration of bankruptcy.

Enthusiasts of the Golden Age painter’s works can explore his studio and living quarters, adorned with a rotating collection of his paintings. Demonstrations held at the venue also offer insights into Rembrandt’s painting and etching techniques, alongside other artistic techniques popular among his seventeenth-century contemporaries. 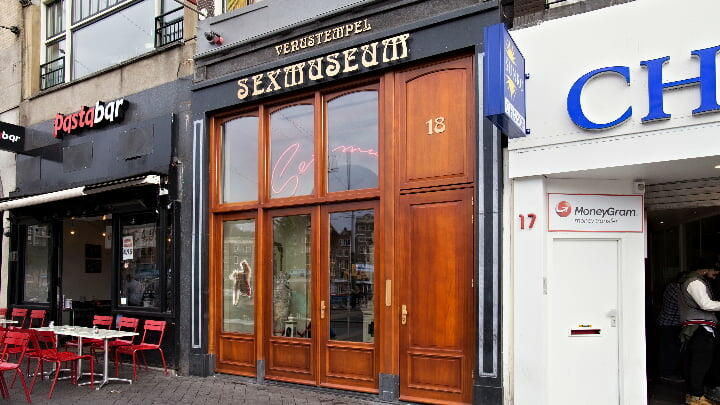 As a city now long famous for its various hedonistic offerings, it should be clear that Amsterdam isn’t one to shy away from topics often considered taboo in other parts of the world. The Venustempel (‘Venus Temple’) is the world’s oldest – and indeed first – museum dedicated to eroticism and sensuality.