The Netherlands’ famous capital is lauded for its wealth of fantastic social and cultural hubs, its streets simply overflowing with individual character both inside and out. While you’re sure to find yourself wanting to explore each nook and cranny of Amsterdam’s canals and open squares, that’s only half the experience.

You’ll find many of the city’s best attractions and activities hidden away indoors, often serving as the perfect escape from the country’s notorious weather. From retracing the steps of Dutch history to indulging in local delicacies, below are some of the best indoor activities in Amsterdam to throw into your itinerary. 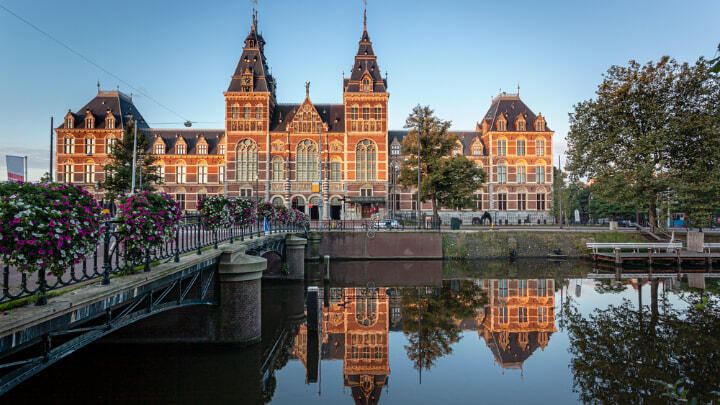 Amsterdam’s famous Rijksmuseum is not only the largest museum in the city, but also one of the most important throughout both the Netherlands and Europe as a whole. Dominating the popular Museumplein area, the museum is easily one of the most recognizable monuments in the Dutch capital, most notably for its striking Renaissance- and Gothic-inspired architecture.

The grand halls of the Rijksmuseum are home to a vast collection of art pieces and historical artifacts, illustrating the art and history of the Netherlands from the Dutch Golden Age to the present day. Among its more than 8,000-strong collection are priceless pieces from such renowned Dutch artists as Rembrandt and Vermeer, including the former’s famous Night Watch painting.

Combining both historical artifacts and striking artworks, the Amsterdam Museum stands as the Netherlands’ most complete public chronology of the Dutch capital’s history. The museum sits within the canal band, just a short walk from the Royal Palace of Amsterdam.

The museum documents the city’s growth from a thirteenth-century settlement on the banks of the River Amstel to the thriving cultural center we know today. Everything from archeological finds and historical artifacts to the works of such Dutch masters as Rembrandt help to paint a picture of life in Amsterdam and the Low Countries as a whole throughout various periods in history.

Easily the most highly visited historical site in Amsterdam is the Anne Frank House. Once the original house in which the famous wartime diarist evaded German capture, the building now serves as a museum documenting her family’s more than two years in hiding, along with sobering insights into Jewish persecution under the Nazi regime throughout the Second World War.

Located on the outer banks of Amsterdam’s canal band, visitors can explore the former premises of the Frank family business, most notably the original concealed annex in which the family remained in hiding. While the rooms of the property now sit empty of original furniture, they still breathe the chilling atmosphere of the period. 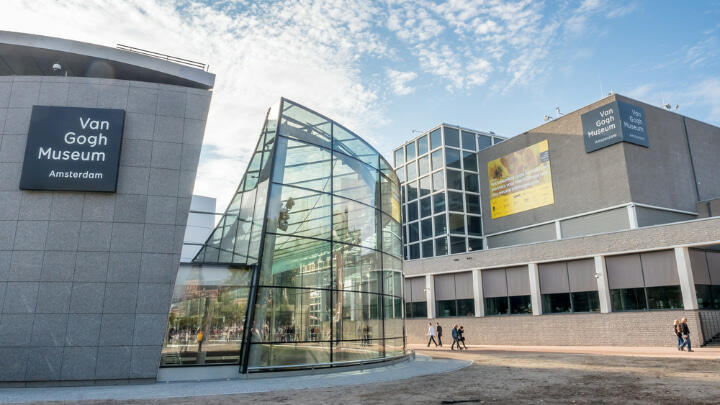 Having lived and worked in the Netherlands throughout his life, it’s only fitting that Amsterdam’s most significant art gallery be dedicated to the world’s most famous painter, Vincent Van Gogh. Just a brief walk from the Rijksmuseum, the Van Gogh Museum stands as the most complete permanent collection of the Dutch painter’s works.

Among the gallery’s vast collection of permanent exhibits are over 200 original paintings and 500 drawings from the Post-Impressionist artist, alongside exhibitions showcasing the works of his contemporaries. The museum is separated chronologically into five periods, each exploring a different key period in his life and work.

The MOCO Museum showcases a wide range of contemporary media and artworks, allowing visitors to explore both modern master works and the talented pieces of upcoming artists. Popular among the museum’s collection are various interactive installations, an ever-changing sculpture garden and a number of iconic pieces from the likes of Banksy, Damien Hirst and Jeff Koons. 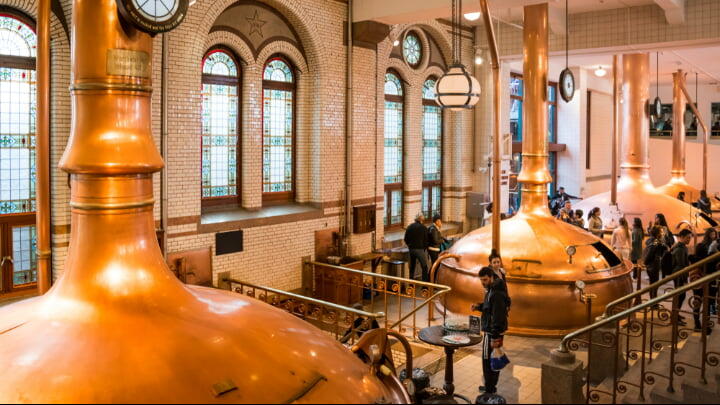 Historic home to one of the world’s most iconic beer brands, Amsterdam’s Heineken Experience takes visitors on a unique behind-the-scenes journey through the production and history of the popular pilsner. The tour guides beer fans through various aspects of the brewing process, from product innovation to the brand’s light-hearted marketing efforts, before rounding off with a refreshing tasting session.

This multipurpose cultural and culinary center make for the perfect way to spend a day indoors in Amsterdam. Formerly a major tram depot, with the original rail tracks still intact, De Hallen now offers a vast array of activities, from a charming shopping arcade to a variety of trendy food outlets. The FoodHallen food court offers an impressive selection of dishes, from burgers to Dutch finger foods and a healthy selection of vegetarian alternatives.

Most notable of the venue, however, is the FilmHallen cinema. Nine screens show a varied program of films, including Hollywood blockbusters, documentaries and award-winning art house showings. Screen 7 is easily the most striking in terms of aesthetics, housing the gorgeous art-deco interior of the original Cinema Parisien, first established in 1909.

Few things complement a rainy day better than a steaming cup of coffee, a slice of homemade cake and an expansive collection of family favorite board games. That’s exactly the niche on which Checkpoint Charlie capitalizes. Its cozy aesthetic is bolstered by its sociable table layout, along with a variety of books and board games for customers to enjoy. The venue also hosts intimate gigs from international acts toward the end of the week.

A number of venues throughout Amsterdam offer a similarly jovial atmosphere, with somewhat more of a specialty focus. Mooie Boules, for example, gives visitors the chance to sink a few beers and chat while watching or even playing a few games of classic French boules on the impressive sand pitch at its center. 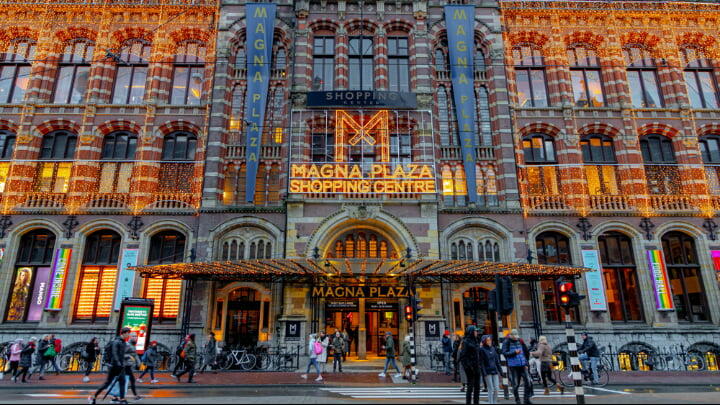 Housed within the elegant Neo-Gothic halls of a former nineteenth-century post office, the Magna Plaza is a relatively small shopping center oozing with character and class. Among its various outlets are a number of fashion retailers, along with places to buy unique souvenirs and a host of other miscellaneous vendors.

The venue doubles as an exhibition space, with displays spanning its full four floors. Among these installations is a permanent exhibition celebrating all of the works of Rembrandt, remastered and reproduced in their original formats. The exhibition currently stands as the only place in the world where visitors can see copies of the Dutch painter’s works in one collection.

Standing as a commercial through route between Heiligeweg and Kalverstraat, the Kalverpassage offers a wholly modern shopping experience. Natural light flows from the glass ceilings throughout the mini mall, illuminating its many specialty boutiques, food outlets and art installations.

The venue’s alluring design centers around its open and bright halls, offering avid shoppers a stimulating yet unimposing retail experience while also ensuring an entirely unobstructive passage between streets. Visitors can enjoy the space entirely at their leisure, without feeling either rushed through or forced to open up their wallets.

At the beating heart of Amsterdam, De Bijenkorf – ‘The Beehive’ in English – is the Netherland’s most renowned premium department store. Established in 1870, the venue showcases the highest standard of quality throughout the stores in its roster. Luxury is the operative word here, with every outlet simply brimming with class and style.

Five floors house an impressive variety of high-end retailers and exclusive designer brands for all manner of clothing. Culinary delights from around the globe offer the ideal complement to your shopping experience, and those looking for the utmost luxury can get pampered in the venue’s beauty treatment room, aided by products from top beauty brands.