Plan your trip: Where to stay in Amsterdam

Plan your trip: Where to stay in Amsterdam

Looking to visit Amsterdam? Get all the information on the best places to stay in Amsterdam

Planning you stay in the capital city can seem quite daunting but here at Amsterdam Pass we’ll help you find the best hostels and B&Bs in Amsterdam. 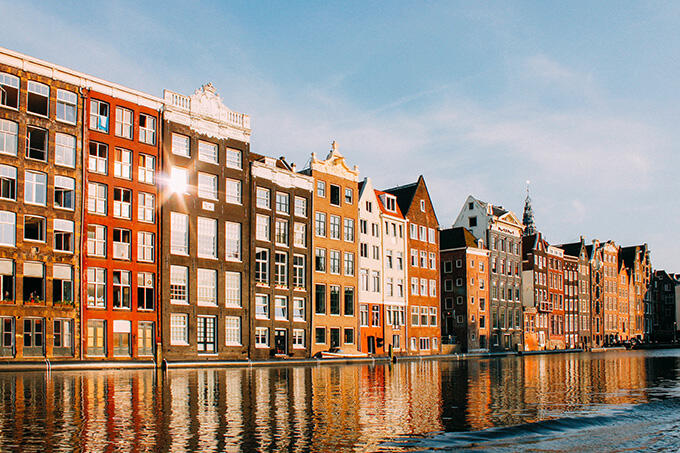 1. The Albus
If you’re looking to go fashionably upmarket with your hotel booking, The Albus hotel does just the trick. With its impeccable interior design, you’ll think you’re staying in an built just for A-list celebrities in the heart of Amsterdam. With each room fitted with a 32 inch flat-screen TV and its very own Nespresso Machine The Albus provides more than its fair share of luxury items. A perfect way to make you feel like you’re right at home after a long day of sightseeing.

Early-bird bookers can also get a discount on their rooms, making The Albus a top pick for those who love to plan.

2.Hotel Pulitzer
One of the finest and most varied hotels in Amsterdam is the Hotel Pulitzer. Originally set up by Peter Pulitzer (the grandson of Pulitzer prize founder, Joseph Pulitzer) who bought 12 canal houses. He decided to break down the neighbouring walls and combine them all, forming Amsterdam’s first ever five star hotel. As the hotel is built through many different houses, the rooms can vary from cosy to incredibly spacious but this adds to the magical experience of finding your room through the meandering hallways and burrows.

3. Ambassade Hotel
For some of us, our tastes have a more regal tone to them and the Ambassade Hotel serves up a feast for the eyes in that respect. Decorated with many classic and contemporary masterpieces, the hallways and rooms of this hotel mimic those of royal art collections.

The Ambassade has also been a favoured place for many revered publishers and famous authors, so much so that many a book have been signed and donated to the hotel. Situated right on the Herengracht canal (one of the three main canals), you’ll be dead in the centre of town and if you book directly you’ll get a 10% discount to boot, making it one of the best places to stay in Amsterdam.

1. Generator Hostel Amsterdam
Built in the former zoological faculty of the University of Amsterdam, the Generator Hostel has some pretty remarkable public spaces including the Auditorium Bar which once served as the department’s lecture theatre. Here you can sit, drink and converse in a setting that would be tough to imitate anywhere in the world. The quirky and cool design of the rooms matches the location as the hostel is housed in Amsterdam East, the thriving hipster part of town.

2. ClinkNOORD
Situated in North Amsterdam after a short ferry ride, this industrial-esque showroom hostel is perfect for those of you who like your hostels to be utilitarian and stylish doing it. With bright colours and cool open plan communal areas, ClinkNOORD is a great place for travellers to hang out and socialise with sofas galore. ClinkNOORD is a great place for those who want something that is out of the ordinary and don’t mind being outside of the central canal network.

3. Flying Pig Downtown
If you want a no nonsense stay in Amsterdam the Flying Pig Downtown is the place to go with its great central location and modernised rooms being a perfect base for you to drop your kit off and explore the city. More of a classic youth hostel vibe, the Flying Pig centres around a bar and is filled with young travellers and backpackers looking to enjoy the city and meet new people.

The best places to stay in Amsterdam

Amsterdam has a whole host of different neighbourhoods spanning across the eight boroughs of the city but they all have different vibes for different people so be sure to pick the one that suits you.

Centrum
If you’re looking for more a buzz and constant energy to you stay, then Centrum (Central) situated in the heart of the city is the way to go. Here you’ll find all sorts of bars, cafes and activities to do, it also has a close proximity to De Wallen in the old town centre. Perfect if the Red Light District is a key attraction you want to witness.

De Pijp
If the night life is the reason for your travel then you should focus your search in the De Pijp area that boasts the city’s club scene and cool art galleries.

Plantage
Amsterdam boasts a vast amount of history and culture and Plantage is the home for this. With its Jewish history and numerous museums, the area is a hotspot for those looking to learn more about the history of the city and the stories it has to tell.

Jordaan
The village like area houses some of the city’s most visited monuments, like Anne Frank’s house. Filled with cute eateries and book shops, this is a far removed version of Amsterdam compared to those forbidden delights of the Red Light District.

UP NEXT:
GETTING AROUND AMSTERDAM