Planning a trip to Chicago? Then you’ve got to check out 360 CHICAGO during your visit.

Steps off The Magnificent Mile is 875 N. Michigan Avenue, home to 360 CHICAGO, formerly known as the John Hancock Observatory.

The observatory located on the 94th floor offers unparalleled views of Lake Michigan and beyond, uninterrupted and clear.

Thrill seekers are going to want to experience TILT, too. Step onto the ledge, hold onto the bars and watch as the ledge tilts outwards from the side of the building 1,000 feet up from the ground. Dare you look down as you feel the floor move forward underneath your feet?

Check out our helpful guide for visiting the 360 CHICAGO, packed full of ways to save on admission, tips for visiting, places to eat nearby, and much more.

We’ve got you covered – 360 CHICAGO admission is available with the below money saving options, so you can choose the attraction pass that’s right for you:

360 CHICAGO is most popular during the daytime year-round. The crowds aren’t as large during the weekday afternoons, and the attraction is easy to navigate with fewer people. You’re also less likely to wait long for an elevator.

If you’re in town during the 4th of July, make it a point to go to to 360 CHICAGO at night on either the 3rd or 4th in order to experience fireworks near and far. You’ll never see fireworks in the same way again.

What to Do There

The 360 CHICAGO building stands 1,127-feet tall and has a total of 100 stories. The observation deck is located on the 94th floor and offers excellent views of the lakefront, Navy Pier, Lake Michigan, the city of Chicago, and its surrounding suburbs.

The western view is clear all the way to O’Hare airport and beyond. Hang out with a snack and a drink while enjoying one of the views, or sit down on the bleacher-style seating to watch the sun set in the west. Do your best to name all of the tall buildings in your immediate view. Walk around the floor and take pictures from each cardinal direction to preserve your memories of your trip high above Chicago.

360 CHICAGO has windows that span from the ceiling to the floor for visitors to get the best possible views in all directions. It’s even possible to see the Indiana and Michigan shorelines across Lake Michigan on a clear day.

See Chicago from a whole new angle with the TILT! attraction.

When TILT! is in its place, it looks like the rest of the glass walls in 360 CHICAGO – but looks can be deceiving. Once the ride starts going, you’ll notice the floor, walls, and ceiling move outwards, putting people on a 30 degree angle for a view of the Mag Mile unlike any other.

Be sure to hold onto the handles as the ride leans outwards away from the building!

Riding TILT! requires an additional ticket that can be purchased at the 360 CHICAGO box office. It holds up to eight people at one time, so the whole family can experience the ride together.

The location of the John Hancock right on Michigan Avenue means it’s within easy walking distance of the high-end stores that line Michigan Ave. There are also interesting attractions nearby while getting to others require a short trip by bus or trolley.

This museum is one of the world’s largest institutions dedicated to the work of living artists. It is a premiere venue for cutting-edge art and performance in Chicago, featuring rotating exhibitions of both ascendant artists and contemporary icons. Best of all? It’s right down the street from 360 CHICAGO, so definitely check it out after your trip to the top of the city.

Getting in: Museum of Contemporary Art tickets are included with Go Chicago Card.

After seeing Navy Pier from above, visit for yourself at ground-level. What’s here? Chicago’s Navy Pier, built in 1916, features timeless parks, promenades, gardens, shops, eateries and attractions, and more. You can easily spend a full day here in this mini-city, and there truly is something to suit everyone’s tastes. Ride the Ferries wheel, explore the Beer Garden, or visit the Children’s Museum.

Just off Magnificent Mile, you’ll find The Escape Game Chicago. This is the perfect activity to do with a group of friends or family. It’ll test your teamwork, logical thinking, and time management skills all within the context of a heist, mission on Mars, a Gold Rush-inspired crime, or a Prison Break setting.

Getting in: The Escape Game Chicago tickets are included with Go Chicago Card.

The Water Tower & Pumping Station are one block south of the John Hancock Center. Both buildings survived the Chicago fire of 1871, and stand as a testament to Chicago’s indomitable will to rebuild after such a disaster.

Places to Eat Nearby

There are plenty of dining opportunities both at the Hancock Center and in the immediate area that are sure to satisfy your appetite.

From the Kennedy Expressway exit at Ohio Street (both Ohio exits are eastbound only) and go east to Michigan Avenue. At Michigan, take a left (north), then carry on to Delaware Street then turn right (one-way heading east). Unload at the first building entrance. The escalator in the Delaware lobby will bring you straight to the Hancock Observatory entrance.

Traveling south on Lake Shore Drive exit at Michigan Avenue. Carry on south on Michigan to Delaware Street, turn left (one-way heading east) and unload at the first building entrance. The escalator in the Delaware lobby will bring you straight to the Hancock Observatory entrance.

Traveling north on Lake Shore Drive exit at Monroe Street and go west to Michigan Avenue. At Michigan, turn right (north). Carry on north until Delaware Street then turn right (one-way heading east). Unload at the first building entrance. The escalator in the Delaware lobby will bring you straight to the Hancock Observatory entrance.

Save on Tickets with a Go Chicago Card

Remember, the Go Chicago® Card is the best choice for maximum savings and flexibility, which includes 360 CHICAGO tickets, plus admission to your choice of other top attractions.

Save up to 55% on top museums, tours, and activities vs. paying at the gate. Visit multiple Chicago attractions for one low price. 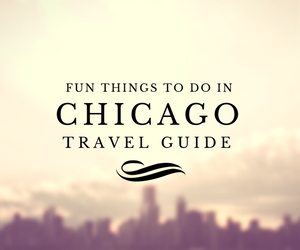