Oktoberfest is kind of a big deal in America. It’s inspired by the German heritage of large portions of the United States. For many, it’s a perfect time of year to celebrate the history, heritage, and, of course, beer.

Purchased your lederhosen months in advance or simply plan on imbibing large amounts of German beer? You’re probably on the lookout for a good Oktoberfest event.

We’ve put together our favorite Oktoberfest celebrations across multiple cities in the United States. Many offer family-friendly activities alongside the traditional music, food, and beer gardens. Check out our top choices below.

Oktoberfest is the German celebration of most distinctive parts of their heritage. It’s part beer festival, part cultural festival. It usually serves up typical German foods, with all the spätzle and brats you could ever want. There will be traditional German music, and of course, those classic German beer styles (including the eponymous Oktoberfest ales). These festivals are found throughout the United States and around the world.

The original Oktoberfest in Munich is the inspiration for the other global events. This year, it runs from September 21 to October 6, 2019. Most American celebrations will fall around this time, but some are extended beyond to include the entire month of October.

Oktoberfest by the Bay

This San Francisco event claims to be the best Oktoberfest in the West, and it rarely disappoints. The festival is three days and includes everything from traditional glockenspiel performances to authentic Bavarian dancing. There are many family-friendly events including a parade. Oh, and yeah, plenty of beer.

This is a more modern take on Oktoberfest. This Colorado event is focused on the communal beer experience more than the traditional German heritage. You can, however, enjoy loads of the craft beer for which this state is famous. Additionally, there will be fun activities like keg bowling. There’s some great German food, too.

A mere hour north of San Antonio (a quick drive in Texas), Fredericksburg enthusiastically celebrates its German heritage. Traditional German food mixed with Texan traditions is on offer. Plus there are opportunities to enjoy traditional dancing and music—their tuba performance is legendary.

This is probably the best Oktoberfest in the Midwest. “Das Best,” as it’s colloquially known, is a three-day event. It includes everything from the naming of a Royal Court to two separate parades. There’s even a pet-friendly event inviting dogs to join in. Check out the craft beer night for both traditional German brews and modern beverages.

With the expansive Pennsylvania Dutch heritage throughout portions of the state, it’s no surprise that Philadelphia goes all-in on Oktoberfest celebrations. There are several throughout the city. But we like the one Brauhaus hosts. It’s an authentic German bar and restaurant beloved by locals. It also claims to be the largest beer bar to serve only German beer in the entire country. This year, the event will be held on September 21, 2019.

Held in Cincinnati, Ohio (as you may have guessed), this is the country’s largest Oktoberfest event. It welcomes over 500,000 people annually. This three-day event features an abundance of German music and food. Plus, loads of Oktoberfest beer including the popular Sam Adams brew dedicated to this holiday. You can also enjoy brat-eating contests, stein-holding contests, and public dance.

Save on Things to do After Oktoberfest

Drink, eat, and dance yourself silly at one of these top Oktoberfest events. However, if you’re looking for things to do after your day of excitement and adventure, consider a Go City pass to save up to 65% on admission. Explore museums, enjoy a tour, hop on a cruise, and much more.

Things to Do in San Antonio in Summer 2020 - Attractions, Activities & More 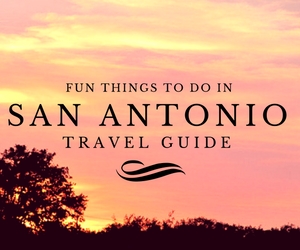 Want to save up to 45% on San Antonio's top attractions?

Want to save up to 45%
on San Antonio's top attractions?