Las Vegas is the entertainment capital of the world. From concert residencies to ever-popular Cirque du Soleil shows, the theater scene here boasts the best, biggest, and brightest performances of any shows in the country. The downside of all this glitz? The tickets are often pretty pricey.

If you’re looking for cheap Vegas show tickets, we’ve got you covered. A Go Las Vegas pass will cover the cost of many top Las Vegas shows. Additionally, it covers admission to other great attractions like tours, museums, and kid-friendly venues.

To help you decide on what kind of Las Vegas shows you want to take in on your Sin City vacation, we’ve put together our list of the best shows in Las Vegas.

Save on Las Vegas Shows

A few of these top Las Vegas shows are included on the Go Las Vegas pass. This convenient pass can save you up to 65% on combined gate admission. Therefore, it’s a big help when it comes to budgeting for Las Vegas performances. Snag one today to get cheap Las Vegas show tickets. 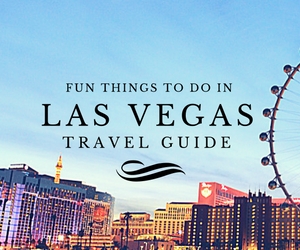 Want to save up to 60% on Las Vegas's top attractions?

Want to save up to 60%
on Las Vegas's top attractions?