You’ve heard of the zoo and the Gaslamp quarter, but how much do you know about San Diego? Test your knowledge of this SoCal city with our top San Diego facts below.

Admission to many popular San Diego attractions is included with the Go San Diego pass. You could save up to 55% on admission vs gate price. 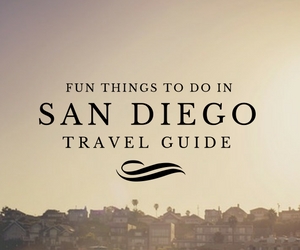