The Statue of Liberty and Ellis Island are among the most iconic landmarks in all of New York. Both represent an important period in the history of immigration in this country. They reflect the long-held ideal of America as a safe haven for all who seek liberty and freedom.

The Statue of Liberty is located on Liberty Island in New York Harbor. Ellis Island was once the home of the primary immigration center in the United States. Today, it is a fascinating museum.

Head to both of these top attractions on a fun ferry ride and spend an educational afternoon with the whole family.

Check out our helpful guide for visiting the both the Statue of Liberty & Ellis Island Immigration Museum, packed full of ways to save on admission, tips for visiting, other nearby attractions, and much more.

We’ve got you covered – ferry tickets for the Statue of Liberty  & Ellis Island are available with the below money saving options, so you can choose the attraction pass that’s right for you:

The below options include a ferry ticket, audio tours, and access to the grounds of both Liberty Island and Ellis Island.

1. Explorer Pass – Choose as you go. Includes admission of up to 10 attractions.

Please note: tickets to access the Pedestal and Crown of the Statue of Liberty are not included with the Explorer Pass.

If you wish add access to those parts of the statue, you will need book Crown Reserve tickets and/or Pedestal Reserve tickets separately. Make reservations as soon as possible as space is limited and tours often sell out months in advance.

Tips for Your Upcoming Visit

When is the best time to visit the Statue of Liberty?

Because the Statue of Liberty and Ellis Island are two of the most popular places to visit in the entire area, you’d be hard pressed to find a time without many people.

We suggest arriving early in the morning when the ferries first begin to run.

Make sure you allow enough time to explore both the Statue of Liberty and Ellis Island thoroughly – at least 2 hours to visit one island and 4 hours to visit both islands.

What should I bring to The Statue of Liberty?

Some things you you plan to bring include:

What are things to do at Liberty Island?

The Statue of Liberty greeted the ancestors of more than half of all Americans, raising its welcoming torch in New York Harbor after being given as a gift to the United States in 1886.

There are several different parts of Liberty Island and Ellis Island, so be sure to see them all!

Self-guided audio tours are included with every ticket for both the Statue of Liberty National Monument and the Ellis Island Immigration Museum, with special tours for children and those with vision impairments.

If you’d like to be able to ask questions while you explore, there are ranger-led tours at both islands as well.

The Pedestal of the Statue of Liberty

Be sure to visit the Statue of Liberty Museum on the second floor to learn all about the history and heritage of the world’s most famous statue.

The pedestal’s observation deck offers panoramic views of the harbor. The pedestal is partially wheelchair accessible, with elevator access part of the way up.

There are 215 steps to the top of the pedestal for those who choose to climb. The museum presents the history of how France and the United States cooperated to erect the statue and exhibits the original torch.

The Crown of the Statue of Liberty

The Crown of the Statue of Liberty is the highest visitors can ascend (since the torch was closed to visitors in 1916). Come up here for some unparalleled photo ops.

Children must be at least four feet tall to make the climb, and any children under 17 must be accompanied by an adult. Be prepared for a long walk; it’s the equivalent of a 22-story building, and there is no elevator option.

The National Park Service recommends that those with medical conditions such as heart problems, respiratory problems, acrophobia, claustrophobia, or vertigo do not attempt the climb.

Crown Tour ticket holders also have access to the Pedestal observation deck and the museum.

Featuring the original torch (which was actually replaced in the 1980s) and a number of drawings, and photographs depicting this iconic symbol of freedom, this exhibit is a good replacement for not being able to ascend to the torch itself.

Things to Do at Ellis Island

Ellis Island, which is also known as the ‘Island of Hope and Tears’, was the gateway for millions of immigrants searching for a new beginning and a new life for their families in America.

It has been estimated that close to 40% of all current US citizens can trace at least one of their ancestors to Ellis Island.

With nearly 400,000 artifacts and over 1 million archival records, the Ellis Island Immigration Museum is an expansive collection of historical records pertaining to the millions of immigrants who passed through this island on their way to a better life.

Search the American Family Immigration History Center’s databases in person at Ellis Island or online before you go.

The museum’s exhibit “Journeys: The Peopling of America” presents the immigration experience before Ellis Island opened and after it closed, but the museum emphasizes the arrivals process experienced by immigrants to the United States at Ellis Island.

Begin in the Baggage Room, where immigrants checked their bags after disembarking their ships.

Upstairs, the Registry Room and the Hearing Room are where immigrants were examined before being granted entry to the United States.

This is a must-see on your trip to Ellis Island.

This exhibit space tells the story of immigration to America before the opening of Ellis Island in 1892. It explores the way immigration works today following the closure of the Island in 1954.

These galleries follow the lives of real immigrants as they make their way into the United States and try to build a new life for themselves.

For those of you with a particular interest in your family’s history, this Center is going to be a real treat.

Get a chance to explore the entire archival collection of immigration arrival records at Ellis Island and search for your ancestors.

Have any family on the Wall of Honor? Search for the location of their name with the Foundation’s Search the Wall.

The Hard Hat Tour takes visitors on a 90-minute tour of the South Side of Ellis Island.

The tour visits the Ellis Island Hospital facilities, including the contagious disease wards and autopsy rooms.

The tour also includes the art exhibit “Unframed – Ellis Island” by JR, featuring full-size photographs of immigrants. No children under 13 are allowed on this tour.

Liberty Island and Ellis Island stand apart from New York City in its harbor. However, there are many attractions near both the New York and New Jersey ferry landings.

For a couple ideas, check out our things to do in lower Manhattan post. Here are a few others we suggest adding to your itinerary…

If you’re departing from the Jersey City location, take time to appreciate the views of New York City’s West Side skyline. Liberty State Park’s greenery provides a respite from the concrete city and its trails can even take you through a salt marsh. The Liberty Science Center helps visitors understand science and technology through hands-on exhibits.

You are allowed to bring your own food for lunch. However, it needs to be sealed prior to entering the screening facility. Coolers are not allowed.

The boat ride to the islands is brief. But if you get hungry on the way, you can purchase food on board.

Evelyn Hill Inc. is the food concessionaire located on Liberty Island and Ellis Island. It offers a variety of high quality food options.

Back in Manhattan, you’ll find hot dog vendors and the Battery Gardens restaurant tucked as far south on the island as you can get.

Save on Admission with a New York Explorer Pass

Remember, the New York City Explorer Pass is the best choice for maximum savings and flexibility, which includes Statue of Liberty ferry tickets, plus admission to your choice of dozens more top attractions.

Save up to 50% on top museums, tours, and activities vs. paying at the gate. Visit multiple attractions for one low price. 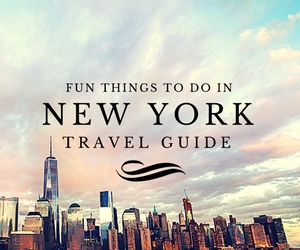