Why visit Cancun in December?

If the cold dark days of December get you down, look no further than the Mexican beach resort of Cancun. Situated in the country’s subtropical south, on the eastern edge of the Yucatan Peninsula, its days hit a heady 28°C just as other destinations in the northern hemisphere are preparing for snow and ice.

Even before the arrival of the festive season, Cancun in December has a lot to say for itself. Some of the coolest temperatures and humidity levels of the year make it a great time to explore the treasures of the Maya, whilst the limited rainfall helps ensure great water visibility. But these are just a couple of reasons to book your trip to Cancun in December right now. For the rest, just keep reading!

Discover the world of the Maya 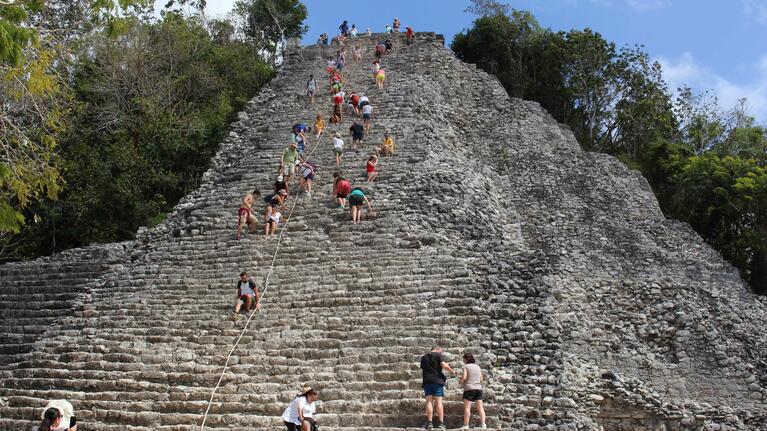 Although not the first month in Cancun’s peak period, the start of December remains comparatively quiet, with lower visitor numbers than other months in the dry season.

If you’re keen to explore the ancient Mayan city of Chichen Itza without the crowds, now’s the time to do it. Humidity levels are on the lower side too, making it a little easier to discover the wealth of ruins and admire the sheer might of El Castillo pyramid. It’s a structure you’ve probably already seen even if you don’t realize it because it’s such a landmark for the Riviera Maya region.

However, to see – and climb – the tallest step pyramid ever constructed by the Maya, you’ll need to head to the abandoned city of Coba. Almost lost to the jungle, its pyramid rises an impressive 42 meters high. Its steps sit at such an angle that many who accept the challenge of climbing to the top do so with the help of a rope before descending again on their backsides.

Experience the best of the Caribbean Sea 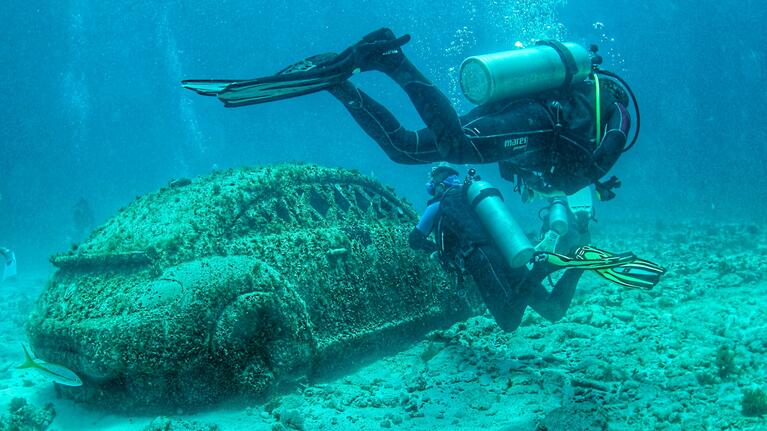 If climbing Coba’s pyramid gets you hot under the collar, the site has another attraction right up your street – a cenote or sinkhole. Just one of tens of thousands that dot the landscape of the Yucatan, and entirely natural in origin, these cave-like chambers are filled with cooling water from underground streams.

That at Coba is known as Tankach Ha, or ‘deep water’, and has a depth at some points of 35 meters, although its two wooden platforms welcome swimmers and feet-dippers of all abilities.

Snorkel in open water and you’ll lose the freshness Tankach Ha and other cenotes are famous for, but you’ll gain a brightly-colored underwater world teeming with darting tropical fish, anchored by hard and soft corals and visited by sharks, rays and turtles.

The location of the largest reef system this side of the international date line, there are plenty of spots to choose between, including Puerto Morelos and Isla Mujeres. One of the most unusual places to explore with snorkel, scuba gear or glass-bottomed boat is the ‘gallery’ of Cancun’s Underwater Museum at Paraiso Nizuc at the southern end of the hotel zone.

Part art installation and part coral conservation effort, the museum’s gallery contains 33 concrete sculptures by Mexican and international artists placed between two and four meters down as a new place for the region’s species to inhabit.

Take in the festive vibes 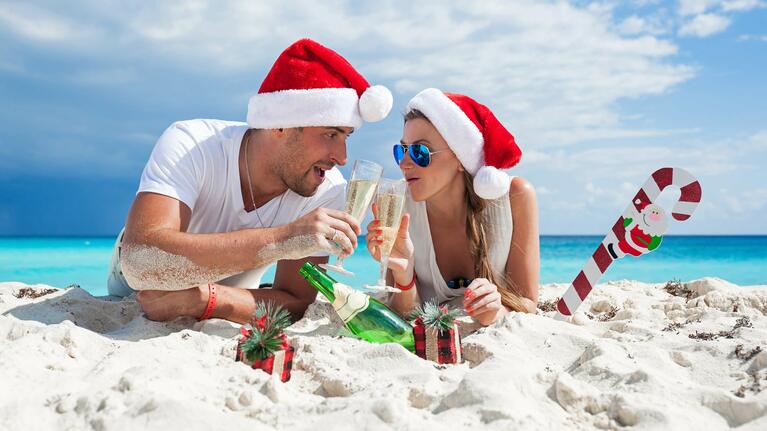 On the streets of Cancun the coming of the festive season doesn’t go unnoticed. In this majority catholic nation, it remains a significant religious celebration, with churches richly decorated from the start of December.

Festivities heighten further with the multi-day Las Posadas celebration on December 16, commemorating the journey the Holy Family had to make from Nazareth to Bethlehem for the birth of Jesus. Candlelit processions take to the streets, symbolizing the search for somewhere to stay, whilst nativity scenes and decorations pop up throughout the city.

Even before this, there’s the national holiday of the Day of the Virgin of Guadalupe on December 12, with events including marching band parades. Christmas Day itself is quickly followed by the Day of the Holy Innocents (Dia de los Santos Inocentes) on December 28. A Mexican version of April Fool’s Day, expect plenty of practical jokes!

Celebrations come thick and fast, with New Year’s Eve just three days later. As you might expect, fireworks erupt over the hotel zone on the stroke of midnight, whilst elsewhere many of the bars and clubs that have made the main strip famous across the world host special countdowns. 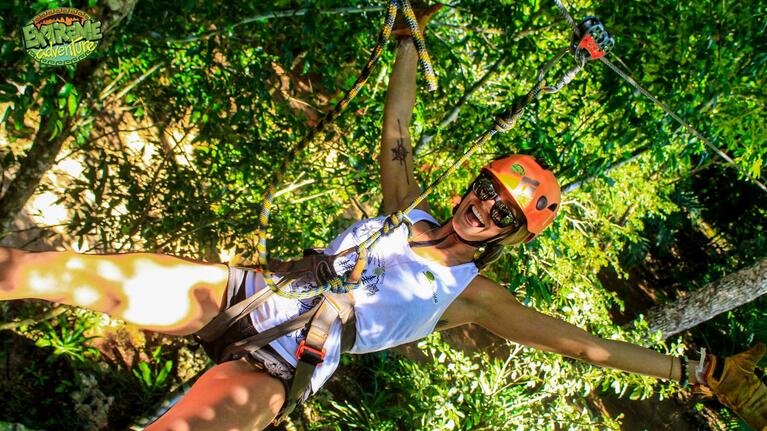 Cancun in December has still more attractions awaiting your attention should you be able to drag yourself away from the gorgeous beaches for a couple of hours. If the sights and sounds of the region’s jungle have intrigued you, there are plenty of ways to explore its canopy cover.

One of the most fun has to be at Extreme Adventure Park, where you can take an ATV down jungle tracks before sweeping through the trees attached to a zipline. There’s a similar zip-lining experience to be had at Selvatica Park, which has no fewer than ten zip-line courses, including their zip-line roller coaster and one that hangs so low over the water you’re sure to get wet.

For more water-based rides, there’s Wet n’ Wild, one of three worlds at Ventura Park amusement park. Among other rides, you can plunge into the water with a dead drop, enjoy a splash down on an inner tube or float along the lazy river.

Alternatively, you could try your hands (or should that be feet?) at another sort of adventure, the Cancun marathon. The 42 kilometer mental and physical challenge starts out at the south of the hotel zone and winds its way to downtown Cancun before doubling back towards Punta Nizuc.

With average daily temperatures of 28°C, Cancun in December sees some of its chilliest temperatures of the year – a lovely problem to have! Humidity levels are also low by the standards of the year, making the month a good choice even without taking seasonal celebrations into account.

Be sure to make the absolute most of your time by exploring with Go City. We work hard to give you incredible discounts on attraction admission for many of Cancun’s top things to do and see. Plus, with Go City there’s no need to plan your days way ahead of time – so if the weather’s just too good for that museum visit, you won’t find yourself trapped indoors!