Things to do in Cancun in November

November holds an unusual position in the Cancun calendar since it’s not quite the dry season but not quite the wet season either. Referred to as the shoulder season by some, Cancun in November offers visitors a combination of low tourist numbers, great deals on flights and accommodation and very decent weather as well.

On average, rain is only seen on eight days in the month, with the start of November having the highest risk of rain and highest humidity levels too. However, showers don’t usually last more than two or three hours in any case. November is also technically at the end of Cancun’s hurricane season, although it’s highly unlikely you’ll be affected by a tropical storm.

Instead, Cancun in November delivers air temperatures of around 25°C, seas that are even warmer, the chance to catch hatching turtles and one of the biggest days in the Mexican calendar. Keep reading and you’ll discover all there is to do in November in Cancun! 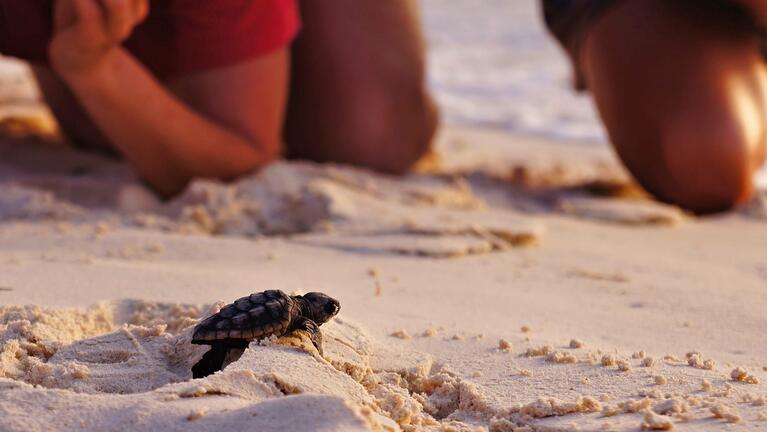 Situated between Nichupté Lagoon, the jungles of the Yucatan Peninsula and the Caribbean Sea, Cancun is able to boast an astonishing array of native species of flora and fauna. And you don’t have to travel far to catch sight of them.

For one thing, November is the end of the turtle hatching period. Head to Isla Mujeres (perhaps by Get Up and Go catamaran cruise) and you can stick to the fine beaches of its south by day and by night – when hatchlings appear from beneath the sands and charge towards the waves for the very first time in their lives.

Fully-grown turtles are frequently encountered on the reefs that together form the largest coral system in the western hemisphere, with snorkelers also able to swim amongst sharks, rays and hundreds of types of brightly colored tropical fish at Native Park and other biodiversity hotspots.

But if a mask and snorkel aren’t for you, Interactive Aquarium Cancun is the perfect alternative. Its tanks host around 140 different species of fish alone, including angelfish, parrotfish and surgeonfish, whilst a touch tank allows you to get close to rays and starfish before enjoying the nightly dolphin show.

However, your best chance of spotting Cancun’s resident crocs is by taking the wheel of your very own speedboat and roaring across the waters of the lagoon. 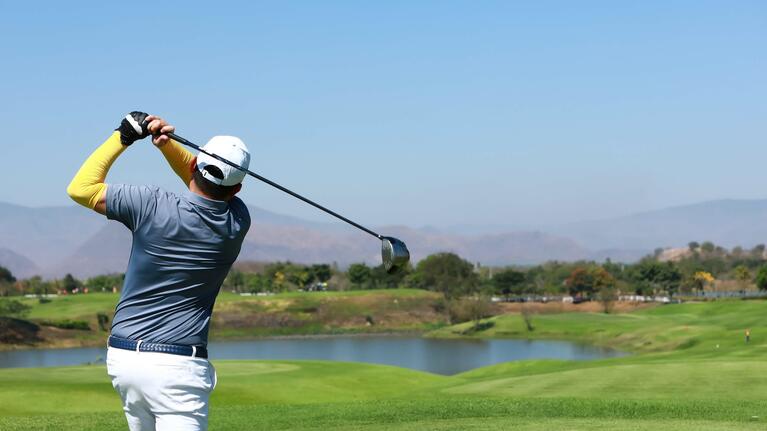 Cancun’s subtropical climate makes it a great destination for all manner of sports on and off the water, and November is no different. You won’t find it hard to hire a jet ski for a couple of hours or find all you need to surf or kitesurf. There’s also the opportunity to take in the hotel zone’s extraordinary run of beaches from the air – suspended beneath a parachute on a parasailing adventure.

Keep your heart in your mouth by then taking on the Extreme Canopy Tour at Selvatica Park. No previous experience is necessary to soar through the trees on any one of its ten zip-line circuits, although a good head for heights is recommended!

A steady hand rather than a love of altitude is all you’ll need at Pok Ta Pok Golf Club, whose 18-hole course has been challenging golfers of all handicaps since it was first drawn up in 1976. To learn how it should be done, look no further than the Mayakoba Golf Classic a short distance along the coast at Playa del Carmen. Part of the PGA tour, it takes place each November, and attracts professionals from right around the world. 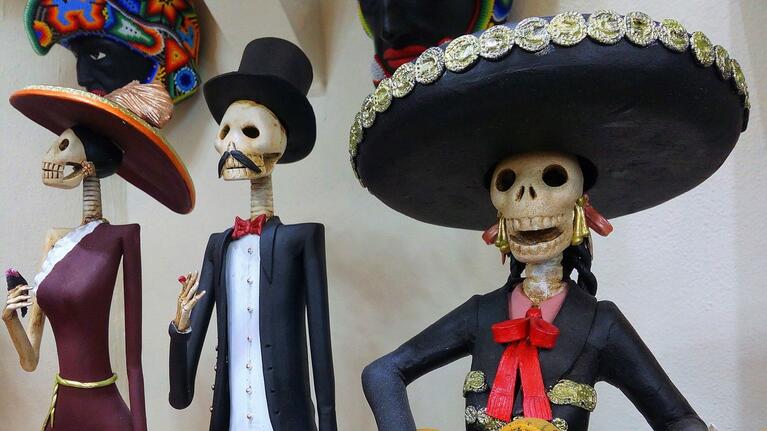 Although primarily considered a beach resort, there’s plenty of culture that awaits in Cancun, particularly in November. The month begins with the Día de Muertos (Day of the Dead) celebrations on November 2.

A joyful commemoration of lost loved ones, ofrendas (altars) decorated with marigold flowers, sugar skulls, candles and alcohol appear across the city. In Cancun and the wider Yucatan it is also known as Hanal Pixan. Pronounced ‘Janal Pishan’ and translating as ‘Food of the Spirits’, its origins go back to the Maya.

During this time of year markets are filled with flowers and seasonal foods such as mucbipollo, a tamale-like food filled with pork or chicken. Cancun’s Parque de las Palapas in the downtown area is one of the best places to head to experience an authentic Day of the Dead. 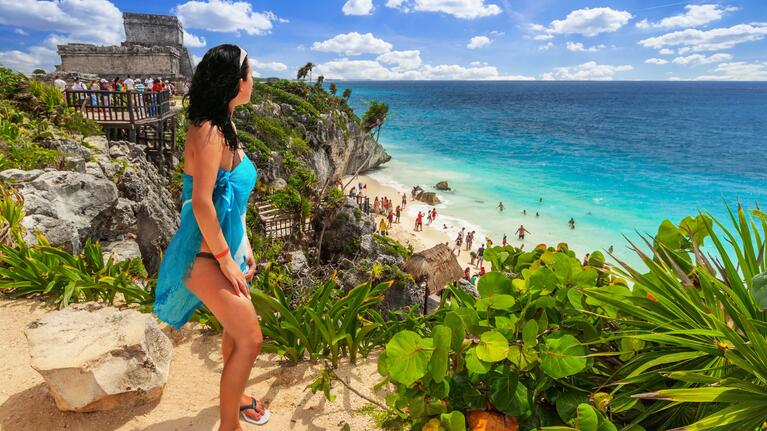 Hanal Pixan isn’t the only survivor from the period when the Yucatan was dominated by the Maya. The region around Cancun is also rich in important archeological remains from their period of rule, including the UNESCO World Heritage Site of Chichen Itza.

Its impressive ruins help uncover the way the Maya lived, from their dedication to the gods at Kukulcan pyramid to their love of sport at the great ballcourt. Covering around five square kilometers, many of its structures are connected by paved causeways called sacbeob.

Nearby Tulum is another important Maya site with a location as dramatic as they come, nestled on cliffs rising up to 12 meters above the turquoise waters of the Caribbean Sea. Existing beyond the arrival of the Spanish in Mexico, the city flourished from the thirteenth to the fifteenth centuries. The visitor center provides a detailed overview of the site, which includes landward defensive walls and several palaces.

Although it isn’t the best preserved of cities, Coba is also well worth the trip since it hosts a pyramid rising an extraordinary 42 meters high, as well as the chance to climb to its summit for views across the unbroken tree canopy towards the seashore. Its sites are split between several groups of structures separated by cenotes and lakes with no other signs of human life.

Save on Cancun November attraction admission

Make the most of the reduced visitor numbers by enjoying the attractions of Cancun in November without the crowds. Then make your budget go even further by taking advantage of the significant discounts possible on attraction admission with Go City!