Traveling is awesome. Whether you’re hitting the road for a cross-country trip or leaving on a jet plane for far-away lands, something about traveling makes you feel like you’re on top of the world. For a few days, a few weeks, or (if you’re wealthier than I am) a few months, you feel like the most adventurous, fabulous,and impressively cultured person to step foot on this earth. Catch the travel bug and pretty soon every story out of your mouth will start with “Oh! That’s just like the time I was in Italy/Greece/Hawaii/Ireland/India/Costa Rica/Timbuktu….” Because like I said, traveling is awesome…except when it sucks. Here’s the funny thing. I don’t want to hear about your so-absolutely-perfect-you-could-never-understand-how-it-felt-to-be-there-but-I’m-going-to-tell-you-anyway trip to Paris. What I love—what ALL people love—are the horror stories. I’m talking about the time you accidentally offended a whole crowd of locals while showing off your high school French skills, the time you fell off the tour boat in Oahu and lost your bathing suit, or the time you thought it was a good idea to rent a Vespa in Rome. That’s why, for your entertainment and education, I’ve compiled the top 5 stories of travel gone wrong as told (and experienced) by some of my poor dear traveling comrades. Enjoy!

Alyssa & Crew Take on the Ocean 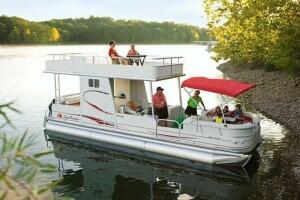 Before disaster struck...
“On a vacation in Key West, my family rented a pontoon boat and sailed out to spend the day at a sand bar. Eventually it was time to sail back and everyone piled into the front of the boat. After a little while, we realized that the boat was moving slowly so we shut the engine off to restart and the whole boat started to tip over—like the front end was completely submerged and the motor was 3 feet out of the water. We all ran to the back, but the water just kept pouring in the front. We all started panicking and tried to get the water out with little shot glass-sized Dixie cups. After we’d given up all hope of staying afloat, we realized that the anchor had fallen off the front of the boat…and we were dragging it through miles and miles of endangered coral reef.” Bottom Line: Disaster is a natural part of all family vacations. Just embrace it.

Ben and the Unlikely Beasts

Note: Not as cute as it looks.
“One summer, I went on a youth group trip to Israel. A bunch of us who had never met before were traveling on a big bus together. One day, in Northern Israel, the bus stopped at a beach to take a break. Just as we got down to the water, a big wave came in…and brought with it oodles of jellyfish. One big blueish-purple jelly slapped a boy right across the chest as the wave crashed into him. Almost everyone got stung. As it turned out, the jellyfish weren’t poisonous, but their stings burned and itched unbelievably. For the next few days, everyone had to urinate on each other to sooth the wounds. Talk about a bonding experience.” Bottom Line: Be careful of creatures in foreign waters.

“I had a softball tournament in Virginia Beach when I was in high school. The team was flying down, but we had to book separate flights. As usual, I didn’t plan ahead so I spent the night before my 5 am flight packing. My family was in the process of moving and everything was kind of a mess so I grabbed a random bag from one of the moving boxes. The next morning at the airport, I put my carry-on bag on the conveyor belt and stepped through the gate…and security pulled me quickly out of line. Somehow, a box cutter had wound up in the bag. At 5 am, I had to call my mother for help. In turn, she had to call a family friend who worked at that airport to go in and straighten things out. After several hours, I was declared not a threat. But I missed the flight.” Bottom Line: Always check your bags before security does.

”Last year, my family went on a vacation in Maine. We were checking into a hotel and it was pretty late, so they gave my father the room key and he went up to open the room. When he opened the door he found two girls huddled in the back of the room! They were terrified because they thought my father was breaking in. Turned out that someone who worked at the hotel had given the girls the room as a freebie. Instead of kicking the girls out, they put us in another room that was really small with one double bed and a single cot (we are a family of four). But as soon as we settled in, the fire alarm went off. The alarm went off for hours before I was finally able to get some sleep…on the floor.” Bottom Line: Remember that thing I said about family vacations?

“I was studying in the Netherlands for a semester and one weekend I took a trip to Berlin with five friends. Our plane back was scheduled for 8 am, so we left the hostel really early, but we got to the airport just before our plane was taking off. We ran from the subway station to the gate and got in line to check in. I was separated from my friends by a large group of Australian tourists. I went through check-in and security, but none of my friends were in sight. I ran to the terminal and was told by a group of angry German flight attendants that my friends would not make it onto the plane, but I would if I ran up into the plane right then. I ran. I was back in the dorm in an hour, but my friends didn’t return until 14 hours later, as they had to wait for the next flight at 10 pm. They weren’t particularly happy with me.” Bottom Line: …don’t travel with Caitlin. So when you’re having a dreadful vacation and you think things couldn’t POSSIBLY get worse, just remember these comforting tales and think “at least that didn’t happen to me.” More importantly, remember that even the most horrific mishap eventually makes for a wonderfully comical story. Think you can top these vacation horror stories? Share your travel terror tale with us in a comment below!
Share this post
Copy Email Share Tweet
Previous post

How to Plan a Summer Vacation & Save

What Does a Travel Agent Do?

How to Get the Best Black Friday Travel Deals

How well do you know your European cities?

How to Get the Best Black Friday Travel Deals

How well do you know your European cities?