There are so many potential things to do in London during the day that it can actually be quite difficult to know where to start. What’s hot, and what’s not? What’s worth your time – and money – and what isn’t?

If you’re feeling dazed by the sheer array of days out in London you can fill with exciting attractions, you’ll want to take note of our suggestions for the perfect day in and around the River Thames.

Top tips for enjoying London during the day

Before we delve into the delights of all the things to do in London during the day, here are a few top tips that will help you make the most of your time in the capital.

If you’re anything like us, the temptation after arriving into a new city is to wake up as early as possible to squeeze in as many attractions as you can. But for all London’s hustle and bustle, many popular attractions don’t open their doors until 10AM. Arrive any earlier than this, and you’ll not only be left hanging around outside, but you’ll also end up traveling during the morning rush hour.

Lasting from 7:30 – 9AM, it's not many people’s idea of a fun way to start the day. Public transportation is often uncomfortably crowded as people head to work, and you’ll be paying more for the privilege. Instead, enjoy a relaxed breakfast and kick off your day the right way.

It can seem like you only have to walk a few steps before stumbling upon a noteworthy feature on the London skyline. Whilst many attractions are within walking distance of one another, many are much further apart. Don’t forget that London is one of Europe’s biggest cities. It’s therefore a good idea to have a vague understanding of where attractions are located. Dividing them between west, central and east London will suffice.

Concerns about single-use plastics are resulting in free water fountains popping up all over London. Many cafés will also refill a bottle for free, so save your cash for what really matters by bringing a reusable water bottle with you. They can also be a godsend when using the Tube in the summer.

The best things to do in London during the day

If you’re thinking about what to do with your time in London, you’re in for a treat! Although you can tackle the capital in any way you fancy, we’ve come up with what we think might be the very best day the capital has to offer.

Spend the morning in east London 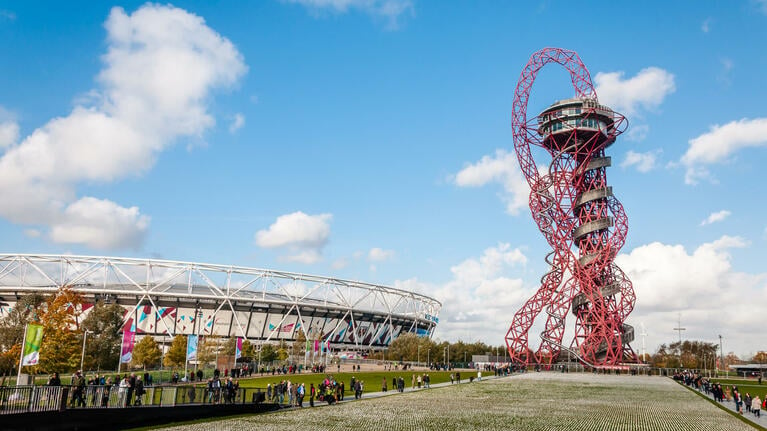 Start your exploration of the capital with your head in the clouds at the ArcelorMittal Orbit tower, standing at the southern end of Queen Elizabeth Olympic Park. Relive the iconic moments from the 2012 Summer Olympics at the park’s famed venues, before rising to the top of the twisting structure – Britain’s largest artwork. Designed by sculptor Sir Anish Kapoor, not only are the views extraordinary, but it offers a very different tube experience, boasting the world’s longest slide at 178m long.

The various attractions of Greenwich, including the Royal Observatory and National Maritime Museum, lie to the south. Head roughly westward instead, through Jack the Ripper’s Whitechapel, and you’ll soon arrive at the Tower of London, which has guarded the banks of the Thames since 1066.

Palace, armory and prison in turn, the Tower can easily fill the rest of your morning. Take a tour led by one of the team of beefeaters to learn the stories behind highlights including Traitor’s Gate, the Crown Jewels and the building’s all-important ravens. 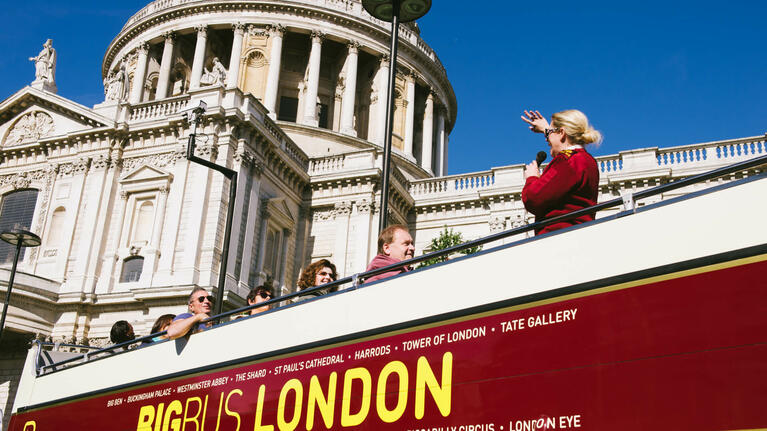 Step aboard a Hop-on Hop-off sightseeing bus from outside the Tower of London for the short but culturally-rich journey to St Paul’s Cathedral. Along the way you’ll pass by the Monument to the Great Fire of London, standing just meters from its ignition point in a baker’s shop on Pudding Lane, as well as Mansion House – the impressive residence of the Lord Mayor of London.

A symbol of London for centuries, the views towards the dome of St Paul’s Cathedral are considered so important they are protected by law. Built by Sir Christopher Wren after the Great Fire destroyed Old St Paul’s, it was – maybe ironically – paid for by a tax on coal.

From the crypt containing the mortal remains of Admiral Nelson, victor of the Battle of Trafalgar, to the Whispering Gallery, St Paul’s is one of London’s most ornate religious spaces. The location for a multitude of events of international importance, it has hosted the funeral of wartime Prime Minister Winston Churchill, the marriage of Prince Charles and Lady Diana Spencer and even a speech by Martin Luther King Jr on route to collecting his Nobel Peace Prize from the committee in Oslo, Norway.

Marrying new with old is the pedestrian Millennium Bridge, crossing the Thames from outside the cathedral steps. A landmark in its own right, it leads to Shakespeare’s Globe and the galleries of the Tate Modern.

Devote the afternoon to tea and cake 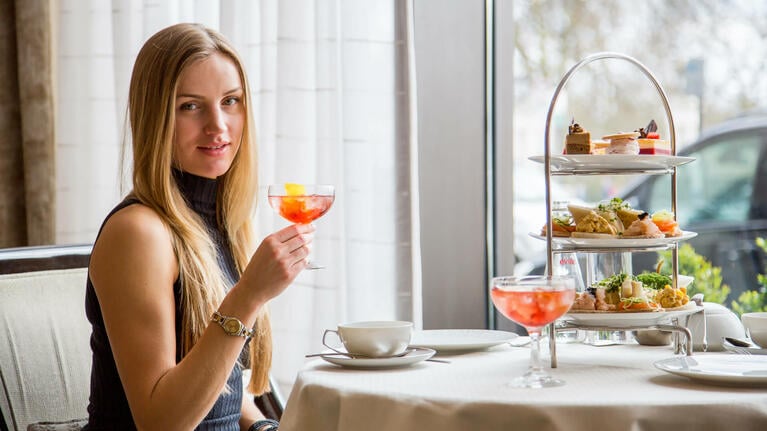 Whilst it’s no longer entirely true that the capital grinds to a halt at around 3PM for tea, it is true that a traditional afternoon tea remains an excellent way to celebrate the city’s culinary history.

The Piccadilly area has some of the best choices, with the capital’s grand hotels like The Ritz welcoming those keen to sample the best snack you’ll probably ever have. Consisting of sandwiches and cakes, it was invented by Anna, Duchess of Bedford. A lady in waiting to Queen Victoria, she simply couldn’t endure the middle hours between lunch and dinner.

If jumping’s still possible after such a feast, jumping onto the Victoria or Piccadilly Line of the Underground from Green Park will have muggles at King’s Cross Station before they can mutter expelliarmus. As any Harry Potter fan will know, the Hogwarts’ Express departs from the station’s Platform 9 ¾, where you can get your photograph snapped beside a disappearing luggage trolley.

Similarly magical are the 1080 jets together making up the pavement fountains of nearby Granary Square. Dancing in time and displaying a range of colors, they make for a great place to relax during the summer months. At this time of year they take on the air of an urban beach and glow even brighter as dusk settles over another day in London.

Save on the top things to do in London

If you’re keen to follow our pick of the best things to do in London during the day there’s just one thing to do first, and that’s grab the London Explorer Pass. Doing away with the need for paper tickets, you’ll save at many of the city’s main attractions without having to do away with flexibility.

For a sneak peak of all you can experience be sure to check out @GoCity on Instagram and Facebook, where you can also share your vacation snaps. Don’t forget to smile!