10+ Things to Do in Los Angeles During the Day

So you’re headed to Los Angeles on vacation. You’ve got your bags packed, you're ready to walk the entirety of the Walk of Fame, and you have a long list of must-see celebrities but you're still wondering... what is there to do in Los Angeles during the day? Not to worry, we've put together a list of our favorite attractions and landmarks to visit in LA during the day. Visit dozens of attractions, including...

Regular admission to a number of these Los Angeles attractions is included on the Go Los Angeles Card. Choose as you go from dozens of top attractions and save up to 50% on combined admission vs. paying at the gate. See all available passes, attractions & prices.

Image credit: Madame Tussauds Hollywood.
Yes, we know that Los Angeles is the land of the rich and famous, but visiting Madame Tussauds is a sure-fire way to see all your favorite celebrities and icons in one place. Get up close and personal with hundreds of wax-figures that pay homage to stars like Nicole Kidman, Johnny Depp, Kylie Jenner, Ryan Reynolds, Denzel Washington, and plenty more. The museum is broken down into seven different themed exhibits: Movie Stars, Hollywood Icons, Movie Characters, Pop Stars, Sports Stars, Movie Directors, and TV Stars. Snap selfies, shoot hoops with basketball stars, stand on the stage of your favorite show, and really dive deep into the world of Hollywood. With Go Los Angeles Card, you can even access the new Marvel Superheroes 4D Experience. Getting in: Madame Tussauds Hollywood tickets are included on Go Los Angeles Card. 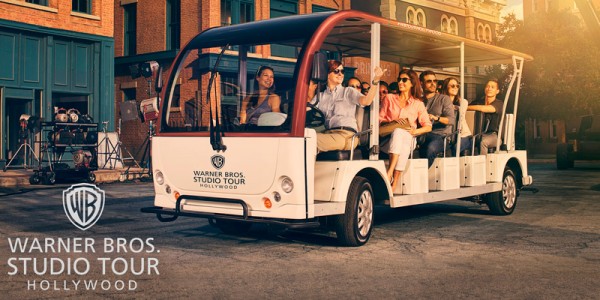 Movie fanatics and the celebrity-obsessed will absolutely love the opportunity to tour Warner Bros. Studios. With real-time filming happening at any given moment, no two tours are ever the same. Hop aboard the XL golf cart and start your journey across the 110-acre back lot where classic movies and TV shows like Casablanca, Batman, and Friends came to life. Led by a knowledgeable guide, you'll learn about and get to explore the secrets of showbiz. Visit the Prop Department, Picture Car Vault, the Archive, and two floors of memorabilia dedicated to the most iconic films shot in the very place you're visiting. Getting in: Warner Bros. Studio Tour tickets are included on Go Los Angeles Card. 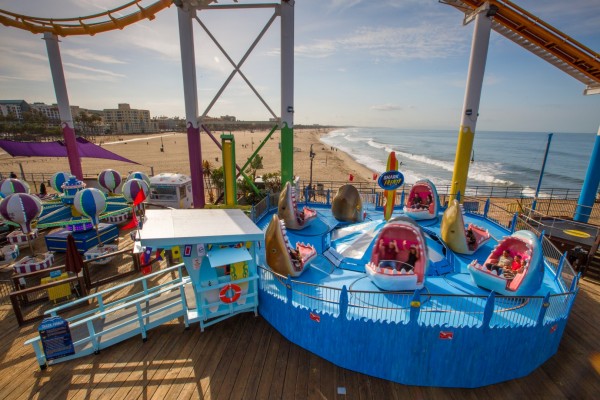 Visit a California classic: Pacific Park at Santa Monica Pier. This neon-colored theme park sits right on the water and is home to the world's only solar-powered Ferris wheel. See the sites from the top of the Ferris wheel, take a whirl on the West Coaster, or try your hand at simulation surfing on Inkie's Wave Jumper. The entire family will have a good time playing games, riding rides, and soaking in the coastline at this classic American amusement park. Getting in: Pacific Park - Santa Monica Pier tickets are included on Go Los Angeles Card. 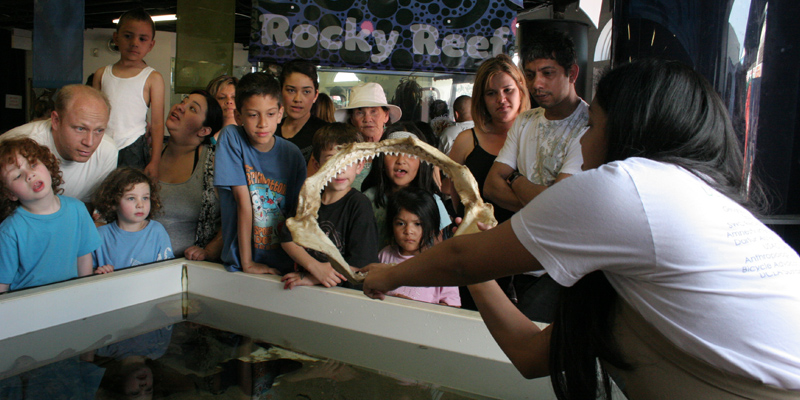 Another great thing to do at Santa Monica Pier is to visit the Aquarium. This non-profit aquarium is operated by Heal the Bay, a local environmental organization that works to educate visitors on how we can help preserve the quality of life down below. Inside the aquarium, you'll find impressive touch tanks, replications of California's aquatic ecosystems, and displays of neon jelly fish. The team at Santa Monica Pier Aquarium specializes in local animals and creatures, but you'll see fish, sea urchines, sharks, and more from all over the world. Getting in: Santa Monica Pier Aquarium tickets are included with Go Los Angeles Card. 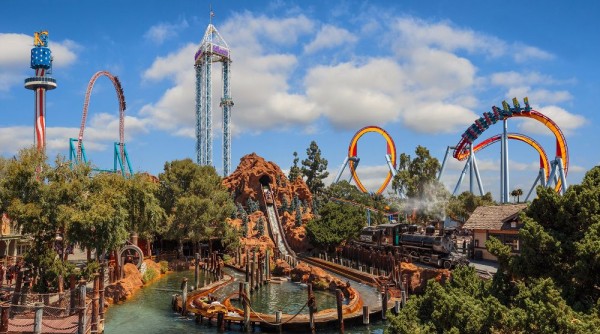 If you're looking for the perfect family-friendly day trip, Knott's Berry Farm is a must. Visit California's first theme park and experience a whole range of rides, games, and shows. From 50MPH thrill rides, to the record-breaking Super Scream that shoots riders 252-feet into the air, to Camp Snoopy in the children's section. Aside from all the rollercoasters and thrill rides, you can also take advantage of the all the water rides and wave pools at Knott's Soak City Water Park next door. This 13-acre water adventure park is an oasis of man-made beaches, 17 speed, tube, and body slides, and the 750,000-gallon Tidal Wave Bay. Getting in: Knott's Berry Farm tickets and Knott's Soak City Water Park tickets are included on Go Los Angeles Card.

Aquarium of the Pacific 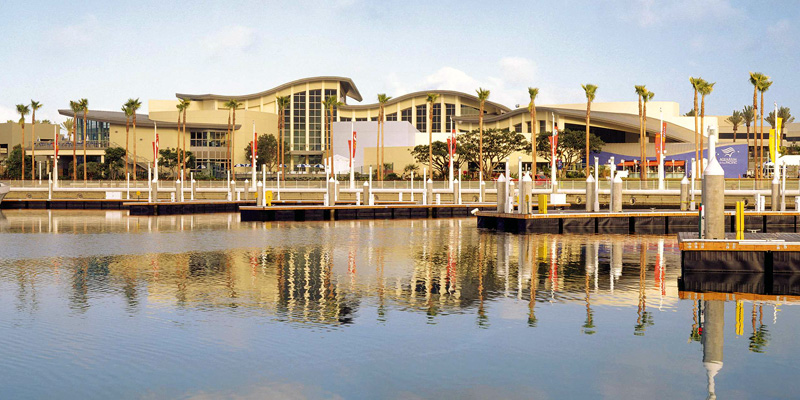 Aquarium of the Pacific is the perfect place to go if you encounter a rainy day in Los Angeles. Located right on the water, the aquarium offers a chance to explore a multitude of exhibits that showcase aquatic animals both local and international. You can come face-to-face and even touch the ocean's ultimate predators at Shark Lagoon, feed colorful Lorikeet birds, and watch the Magellanic penguins play. Getting in: Aquarium of the Pacific tickets are included on Go Los Angeles Card. 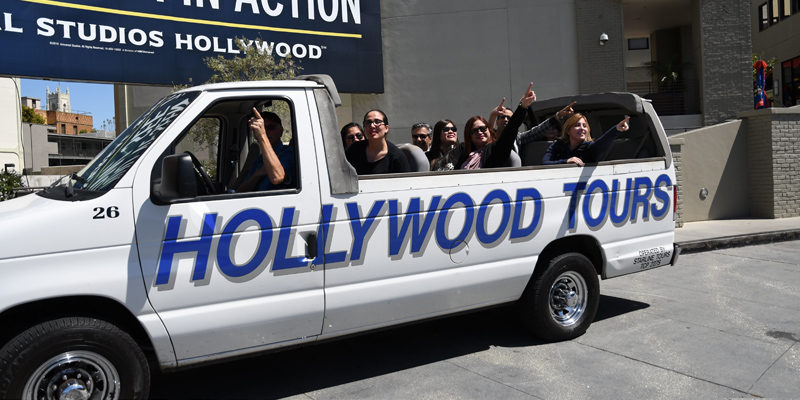 No trip to Hollywood is complete without a potential celebrity sighting. This 2-Hour Guided Movie Star Homes Tour takes you to celebrity homes and all the top spots they’re known to frequent around Los Angeles, so you’ll get to see what life is like for all your favorite Hollywood A-Listers. On the tour, you’ll get to see celebrity mansions in Beverley Hills and the Hollywood Hills, Sunset Strip, Rodeo Drive, the Hollywood Walk of Fame, and other iconic Hollywood landmarks, including a stop along Mulholland Drive for a panoramic view of Los Angeles and photo opp. Getting in: Hollywood Movie Star Homes Tour tickets are included with Go Los Angeles Card. 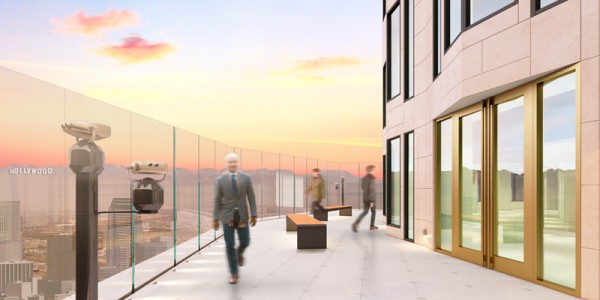 Experience California's sunshine in a way you never have before, nearly 1,000 feet above the ground. OUE Skyspace LA, located in the iconic US Bank Tower, brings to life California's tallest open-air observation deck and offers visitors unparalleled, 360-degree views of the City of Angels. Atop the tower, expand your horizons from the San Gabriel Mountains to the Pacific Ocean and spot iconic landmarks from Dodger Stadium to Catalina Island. On your way to the top, be sure to visit the interactive features on the 54th floor. This array of technological experiences including a dynamic digital topography wall of Los Angeles showcasing information about the city, landmarks, and points of interest. Getting in: OUE Skyspace LA tickets are included on Go Los Angeles Card. 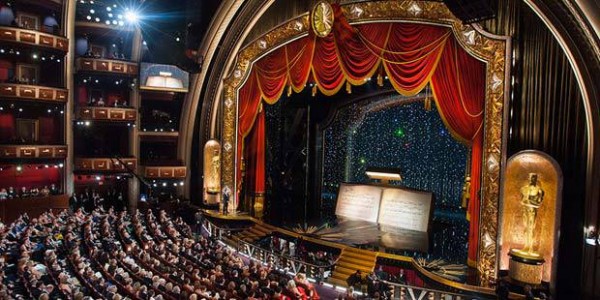 Visit the home of the Academy Awards® Ceremonies and revel in it's beauty and glamour. Inspired by the elegance of a European opera house, with state-of-the-art technical capabilities, the Dolby Theatre has hosted the world's top performers. Celine Dion, Prince, Dixie Chicks, American Ballet Theatre, Barry Manilow and the Moscow Stanislavsky Ballet have all performed on this stage! On this tour, you'll enter the audience chamber, explore the hallway lined with images of Oscar winners of the past and present, and climb the grandiose spiral staircase. Getting in: Dolby Theatre Guided Tour tickets for Go Los Angeles Card. 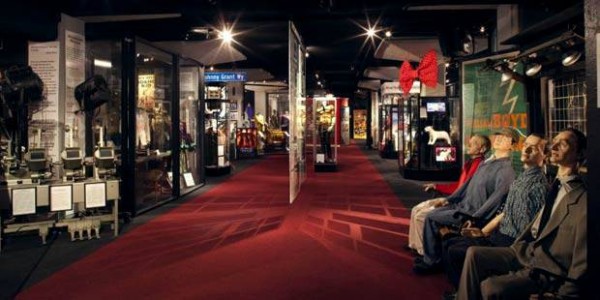 Swoon over Marilyn Monroe's sexy dresses and Cary Grant's Rolls-Royce at the Hollywood Museum. The museum boasts the largest collection of costumes, props, and photographs anywhere in Hollywood. This museum will excite film-lovers of any age. Explore four floors of memorabilia, make-up rooms, vintage photo galleries, and glamorous costumes. See staged scenes from Gladiator, There's Something About Mary, I Love Lucy and plenty more. Getting in: Hollywood Museum tickets are included with Go Los Angeles Card. 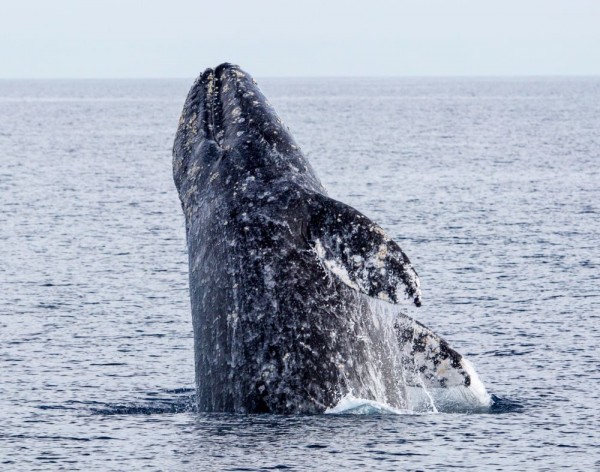 With the Pacific Ocean not too far off, there are a few different cruises and whale watch options when visiting Los Angeles.

Journey towards Balboa Island for a cruise out into the ocean where over 2,400 whales were spotted in 2017! This area is famously known as a popular migration path for whales of all kinds. Keep your eyes peeled from the deck of the boat, you can see a whale breach at any moment! You'll have the chance to see California Gray Whales, Giant Blue Whales, Orcas, Minke Whales, and maybe even a few Humpbacks.

Embark on a cruise off the coast of Long Beach on a Whale Watching or Harbor Cruise. Aboard the two-hour Whale Watching Cruise, you'll encounter dolphins, whales, and other sea mammals. Your expert captain will provide a background on the types of whales and animals that are local to the area as you cruise. If you select the Harbor Cruise, you'll enjoy a 45-minute narrated cruise past iconic sights along the coastline. You can enjoy indoor or outdoor seating, snap photos as you careen past gorgeous views, and take a moment to sit back and relax.

Tips for Saving in Los Angeles

So there you have it - our official list of must-see and do activities on a day out in Los Angeles. Save dough on your daytime activities by grabbing a Go Los Angeles Card which allows you to select 1, 2, 3, 5, and 7 days of unlimited sightseeing with savings up to 50% vs. paying at the gate.
Share this post
Copy Email Share Tweet
Previous post