The annual Macy's Thanksgiving Day Parade in New York is world-renowned, and begins at 9 am (Eastern Time) and ends at noon (Eastern Time). The parade is one of America’s favorite holiday events and a New York City tradition since 1924. Past years have seen around 3.5 million people in attendance to see more than 1,500 dancers, thousands of clowns, and 30 plus floats in the parade. Now you’re probably thinking, “Okay, how do I get tickets to this festive affair?” There are many ways to view the Parade. You can view from the sidelines, Macy's Parade Grandstand, or watch at home. We've recapped some of our favorite tips for getting the most out of your Thanksgiving Day Parade experience.

Looking for Discount Tickets to Top Attractions before and after the Parade?

Of course, we know the Macy's Day Parade in NYC is the main event on Thanksgiving, but we've got you covered for your long weekend to see other top attractions in the city. Pick up a New York City Explorer Pass® and save up to 50% off combined admission to top attractions including...

For some other ideas, check out our post on Thanksgiving in New York and things to do in November. 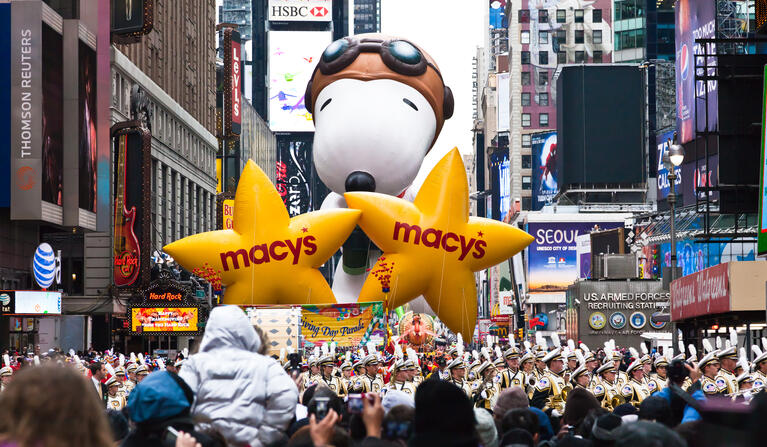 Secure a Free Spot on the Street

The most feasible option for many of us is to stake out a spot on the street and watch the Thanksgiving Day Parade for free! To secure a good spot and have the most enjoyable experience, you’ll want to get there bright and early! Spectators typically start lining the streets around 6 AM or earlier. We suggest you do not leave once you get a good place to watch. A lot of the performances happen around 34thStreet. Those will be the most coveted spots and the most difficult to procure (along with spots at the beginning, 77th Street and Central Park West and ends at Macy's Herald Square in Midtown, on 34th street). There are more than 2.5 miles of public viewing spots. You can start on the Upper West side or in Midtown so you don't miss anything. You’ll want to dress in warm layers, bring a thermos of hot coffee or cocoa, and either pack a picnic basket or scope out a nearby food vendor, many of whom you’ll find in Central Park. With the right attitude, you’ll have the time of your life when Tom Turkey leads his way through Manhattan. 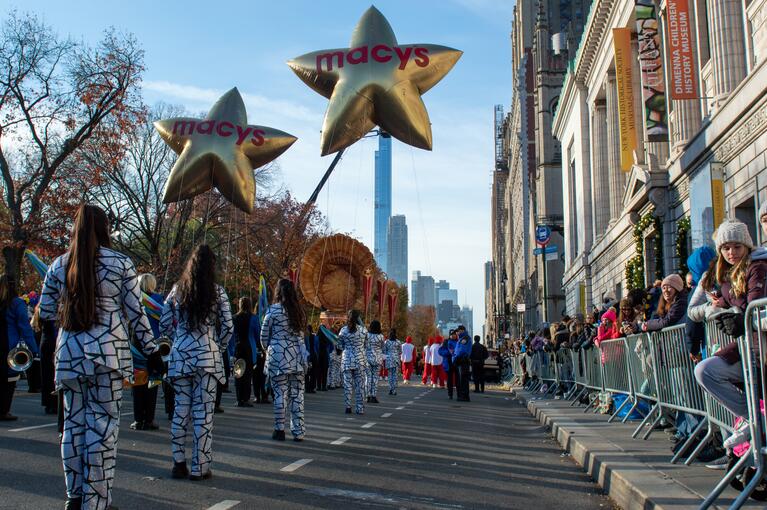 Book a Hotel Room with a View

Grandstand seating and street spots may be hard to come by, but if you act quickly, you can get VIP access to the parade through one of the hotels along the route! Again, hotel rooms with a view and VIP packages both come at a high price; however, once you see what’s in these exclusive packages, you just may find it’s worth it. In the past, some package options included the Mandarin Oriental, the New York Hilton Midtown’s Thanksgiving Packages, the JW Marriott’s Buffet Brunch Package or Parade-View Room Package, and the Residence Inn Prime View Package. Be sure to check out each hotel's official website for specifics on this year's packages. 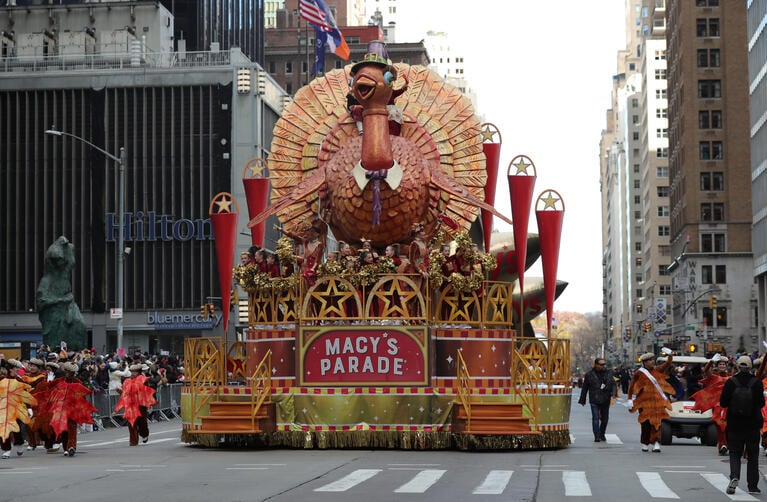 Past Performers at the Thanksgiving Day Parade in New York

Save on Admission to Top New York City Holiday Attractions

Remember, you can enjoy savings of up to 50% off admission to many of the top attractions with a New York City Explorer Pass® – the best choice for maximum savings and flexibility. Enjoy the parade and your Thanksgiving weekend!