In many ways, New York is the perfect place for recreation and exploration. From its fantastic cultural amenities and historical landmarks to great bars and restaurants, the city has it all. Still though, like any entity that reaches an immortal level of fame, the city has amassed quite the reputation. Rumors began to fly. So, it only makes sense for a person to wonder, ‘’is New York safe to visit?’’ Well, we’re here to tell you that the answer is a resounding yes! But, if you still need more convincing, or are perhaps looking for tips for how to stay safe during our visit, have a read through our guide to navigating the concrete jungle!

How Safe is New York? 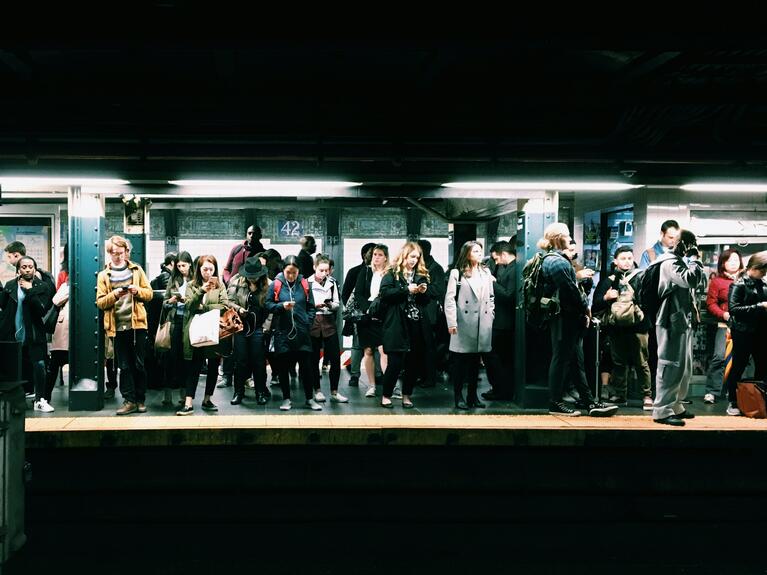 There’s nowhere quite like the Big Apple. The city is one of the most visited destinations in America – and with good reason! Still, New York is not without its flaws. A fairly common issue for visitors to the city is petty crime, coming in a wide variety of forms. From bag snatching and pickpocketing to phone grabbing and mugging, it can sometimes seem like there’s much to look out for. A lot of the time, criminals prey on new visitors because they stand out and seem like they don’t know their surroundings. To avoid becoming an easy target, we suggest that you dress conspicuously and keep an eye out for suspicious activities wherever you go.

Things to be Aware of

When visiting New York, you might feel excited to buy tickets for some of your favorite events – and who wouldn’t be? Still, it’s important to stay especially cautious when looking at tickets, due to the rising prevalence of fraud. To ensure that you’re paying for what you get, we advise you to avoid buying tickets which are marketed on social media, instead purchasing directly from well-established companies and websites. This way, you’ll know for sure that your tickets are legitimate and won’t have to miss out on something truly special!

Is New York Safe at Night? 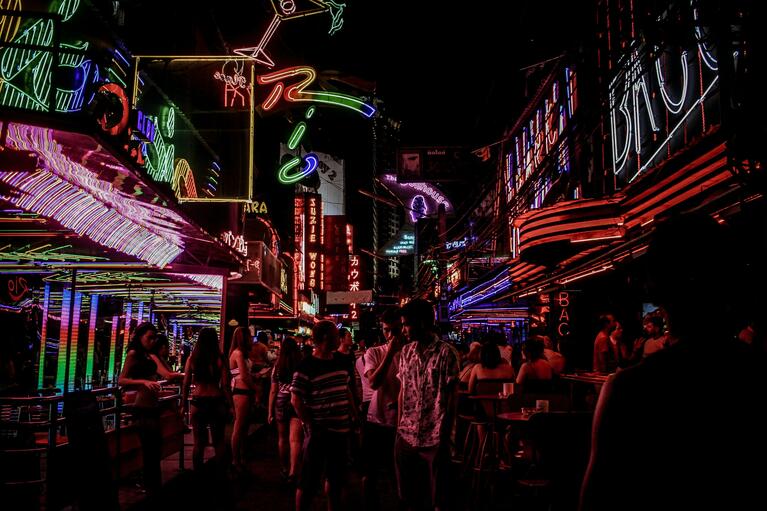 Forever bold and buzzing with life, New York is well-recognized for its great nightlife. Though a night out in the big city is a lot of fun, it can also present some risks. Whilst spiking and attacks are irregular incidences, they can and do happen – so it's important to take precautions to reduce the chances of becoming a victim. First off, we recommend going out in a group - remember, there’s always safety in numbers. Still, if this isn’t possible, then it’s best to let somebody know where you’re going for the night. In addition, you should drink in moderation and politely decline any beverages offered to you by strangers. We also suggest taking a taxi back to the hotel over other modes of transport, since walking or taking public transport at night could be dangerous. Though going out in New York might sound like a big deal, it doesn’t present any bigger issues than partying somewhere else in the world – plus it’s twice the fun!

Is Transport in the City Safe? 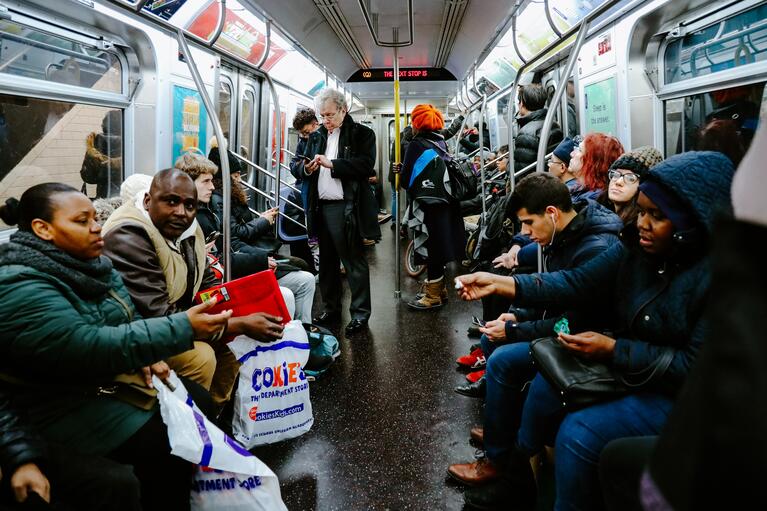 Another common concern of visitors to New York is if it's dangerous to travel around the city. The Big Apple presents many different methods of transportation, all of which are time-efficient, cost-effective and, yes, pretty darn safe! Still, of course, we suggest that you keep super vigilant of your surroundings and apply good ol’ fashioned common sense when exploring the city. For those who are planning to use public transport to get around, it's important to keep a close eye on your belongings and not show any cash. Also, be sure to plan your trip beforehand – this way, you won’t get lost, or potentially end up in a dangerous neighborhood. If you’re going opt for a taxi, you should steer clear of any unmarked cabs – you'll note that all NYC cabs are clearly display the cab driver's medallion number. Uber and Lyft are also a great cheaper safe alternative. If you want to walk around and soak up the atmosphere of the city, we suggest sticking to daytime hours and busier areas.

How to Stay Safe in New York 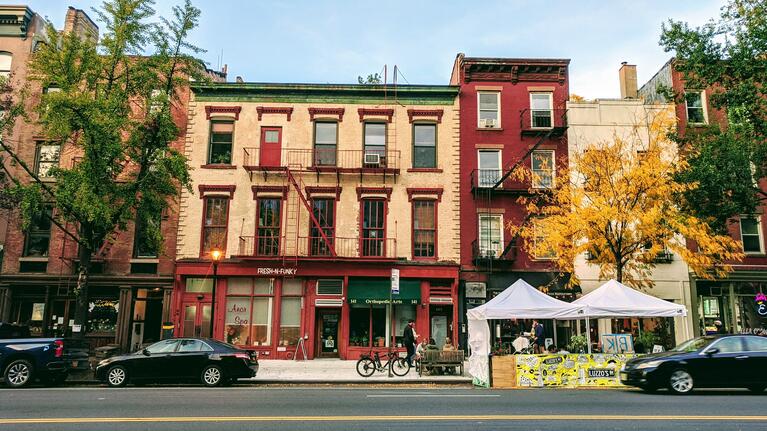 A common misconception about the city is that it can be dangerous to visit – however, if you stay in safer areas, you’ll have little to worry about. Some of the better areas of the city include Midtown, Greenwich Village, Chelsea, and the Upper West Side. Still, if you decide to venture into one of New York’s grittier neighborhoods, it's important to pay attention to your surroundings. The best thing to do is stay sharp and keep your wits about yourself whilst exploring the area. If you need to stop for directions, we suggest going into a local shop and asking an employee. Though discovering a new area can be quite daunting, there’s no reason not to if you take the right measures. 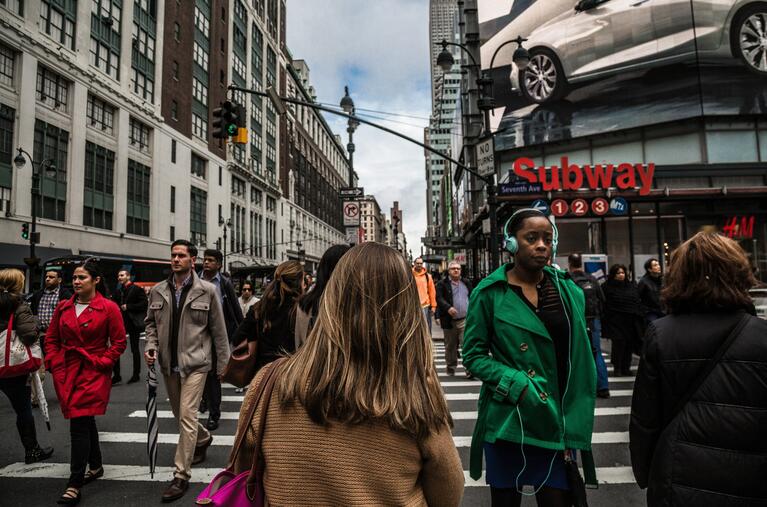 Generally, New York is welcoming to all of its visitors. Still, with its sprawling cityscape and big reputation, it seems understandable that some would think it could pose a threat for solo travelers and women. Although we think New York is a great vacation spot, we still want to emphasize how important it is to be properly prepared for your trip. If you’re a solo traveler, make sure to research your destination ahead of time. When you arrive, you should keep in touch with friends and family back home so that they know what you’re up to. For female travelers, it's important not to share too much personal information about your itinerary or where you’re staying with strangers. If at any point you feel uncomfortable, don't feel scared to make a call or talk to someone in the vicinity. As with any city, New York can present its dangers, but if you’re careful and make smart decisions, you’ll get along just fine.

Enjoying Your Time in the City Safely

There are endless things to see, do and experience in New York. The list of remarkable attractions and cultural institutions run the gamut. Just think: the Statue of Liberty, Central Park and Grand Central Station. Still, every city has its issues, so it’s important to follow basic precaution measures whilst visiting. Though New York has a pretty strong safety record, we advise you to be cautious to avoid any incidents or inconveniences that could occur. To make the best out of your vacation, check out Go City’s All-Inclusive Pass and Explorer Pass. For more information, connect with us on Instagram and Facebook. With Go City, you can see more, for less.

Things to Do in New York City for Couples

Things to Do in New York City for Couples