17/01/2020, Samuel Ford
Spending time in NYC for Chinese New Year? This year it falls on January 25 and it’s the Year of the Rat. There are plenty of special events taking place in the Big Apple where you can celebrate. After ringing in the traditional New Year holiday on January 1, it’s round two with Chinese New Year. From firecracker celebrations and wild dance performances to martial arts demonstrations, there’s a whole host of ways to have fun during the many events in the city. The streets of New York turn outlandishly festive during the celebration of the Chinese New Year. What is the Year of the Rat?  The rat is known to be the first of the cycle of 12 Zodiac signs. In Chinese culture, rats were viewed to be a sign of wealth and surplus, and those born in the year of the rat are deemed to be quick thinkers and successful... Here’s our list of 9 fun things to do in NYC for Chinese New Year including: 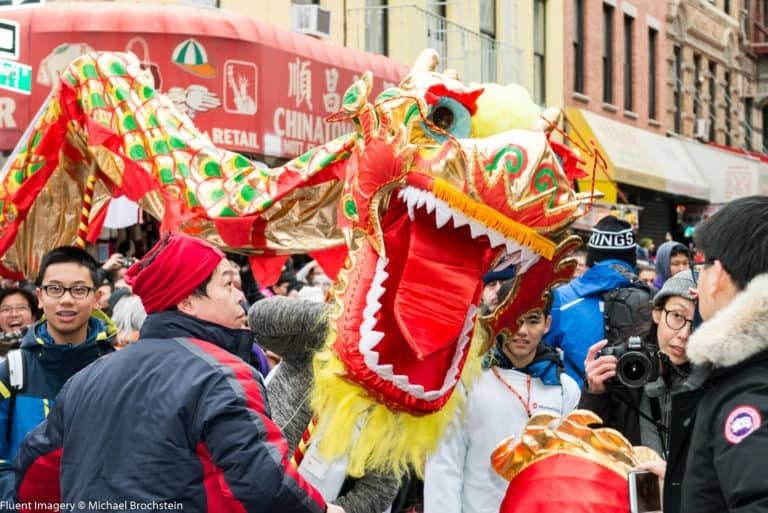 18th Annual New York City Lunar New Year Parade (Image credit: betterchinatown.com) This celebrated parade is vibrant and colorful with its dragon dancers, lion dancers, marching bands, and floats. This year, 2020, it’s the “Year of the Rat.” The parade route stretches from Mott to Chatham Square to East Broadway and towards Grand Street right next to Sara D. Roosevelt Park. This street party welcomes in the Year of the Rat with all sorts of themed food and drink vendors. The parade also features some amazing firework displays and entertainment. Admission to the Lunar New Year Parade is free and open to the public.

The Better Chinatown Society organizes the Lunar New Year Firecracker Ceremony where hundreds of thousands of sparkling fireworks are launched into the sky. The pounding pyrotechnics are designed to ward off bad spirits for the new year. Afterward, there are a number of colorful dance performances. It’s a can’t-miss event. You can even book a Chinese dinner cruise on the Hudson River to see the fireworks. Circle Line Cruises offers a gourmet 12-course dinner.  Admission to the Lunar New Year Firecracker Ceremony is free and open to the public. Tickets to the Lunar New Year Fireworks Cruise are separately ticketed. 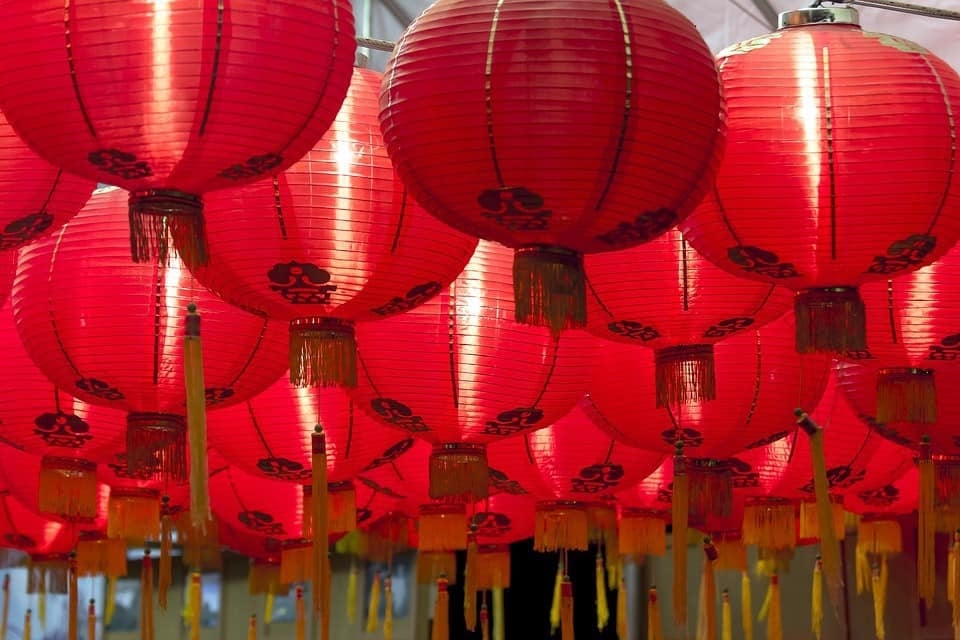 The Temple Bazaar is truly a sight to behold. Here, Chinese New Year is celebrated with bright red lanterns floating through the streets. Enjoy Chinese music and awe-inspiring martial arts demonstrations; learn Chinese crafts like calligraphy and paper cutting. You can even munch on authentic, mouth-watering food from Taiwan and Shandong. Admission to The Temple Bazaar is free and open to the public, some events and activities may be separately ticketed.

You can’t experience Chinese New Year without indulging in some timeless and authentic delicacies. New York’s Chinatown is home to one of the largest communities of Chinese people outside of Asia, and settlers brought with them their much-beloved cuisine. To get a taste of the very best of it, you can embark on a walking tour of Chinatown (and surrounding neighborhoods) and learn through taste how this fascinating area grew and grew.  Following your tour, you’ll be an expert on the area and well-deserving of a delectable dim sum lunch! We recommend visiting the Nom Wah Tea Parlor for some mooncakes. It’s the oldest dim sum parlor in NYC and dates back to 1920. The SoHo – Little Italy – Chinatown Neighborhood Walking Tour is included on the New York Explorer Pass.

7. The Museum of Chinese in America (MOCA)

One of the best ways to fully appreciate your trip to NYC for Chinese New Year is to take a visit to the Museum of Chinese in America. Here you can learn all about Chinese culture and the traditions you’ll be celebrating with the Lunar New Year, and discover what life in NYC and beyond is like for its large Chinese population.  The MOCA is a former machine shop inspired by a Chinese house with rooms extending from a central courtyard. It has exhibits that trace the development of Chinese communities along with mixed-media displays of Chinese restaurants and Laundries in New York. Tickets to the Museum of Chinese in America are available for purchase at the door or in advance online.

Get your sugar and caffeine fix at the New Kam Hing Coffee Shop. This 30-year-old coffee shop doesn’t look like much but serves up the best boat-shaped white-sugar cake, coffee, and green tea. It also has an angel-food-like interior that is light and airy.  What’s more, take the time to shop for some great Asian cuisine at the Hong Kong Supermarket. It’s a Chinatown megastore that has everything for Asian food fanatics. Get fermented black beans, fresh noodles, and dumpling wrappers. Everything’s fresh, and the sushi stall offers tasty to-go fresh rolls.

How better to end this list than with the prospect of world-renowned symphonies featuring film and harp projections. There’s even a pre-concert reception where you can dine with the artists. Previous performers include Jiaxin Tian and conductor Gregory Singer. Orchestral performances are some of the finest in the world at the hallowed house of high arts: the Lincoln Center. Tickets are available for purchase online. Guided Lincoln Center Tour tickets are available on the New York Explorer Pass. So, from dazzling fireworks shows and colorful parades to great museums and concerts, it’s clear that there’s no shortage of things to do in NYC for Chinese New Year. Whether you’re a local or a tourist, no place celebrates the Chinese New Year better than the Big Apple.

Remember To Save on Attraction Admission

If you’re looking for things to do in NYC for Chinese New Year, spend some time in Chinatown checking out all of the festive events, and be sure to add some New  York City sightseeing to your itinerary, too. Remember, some of these great options are available on the New York Explorer Pass, where you can save up to 50% on combined admission vs paying at the gate. Please note, the special events taking place at some of these attractions may be separately ticketed and not included with the New York Explorer Pass.
Share this post
Copy Email Share Tweet
Previous post

10+ Things to Do in Times Square During Your Trip to New York Cit...

2 Days in New York City - A Weekend in NYC Itinerary For Your Tri...

10+ Things to Do in Times Square During Your Trip to New York Cit...