As the final frontier before the gargantuan waves of summer tourism, June serves as a unique period of limbo for Barcelona quite unlike the rest of the year. Combining both the early bird tranquility of off-season travel and the electric ambience of peak tourism levels, June sees Barcelona at what is perhaps its most genuine.

Whether you’re most keen on its buzzing nightlife, world-renowned beaches, celebrated cultural sites or wealth of incredible events and festivals, a visit to Barcelona in June is sure to help you experience the city at its best. 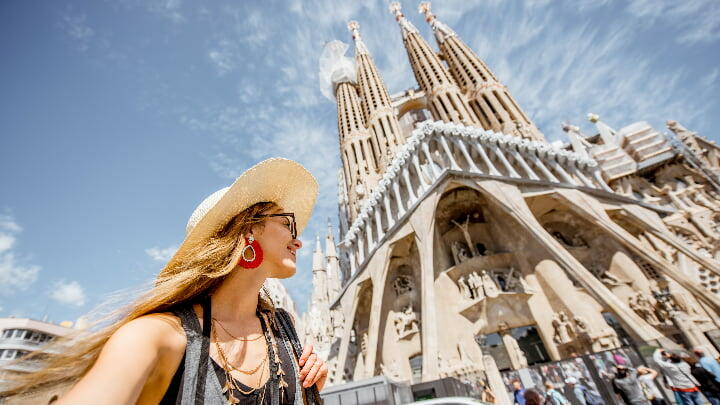 June in Barcelona, as in May, serves as somewhat of a transitive stage for the city. With the winter tourism lull now long passed and the waves of summer visitors yet to come, the May and June ‘shoulder season’ sees tourism rates somewhere in the middle of the two.

Many consider this period the best time to visit Barcelona, offering the best of both worlds of the city’s famous bustling atmosphere and nightlife without the overcrowding and queues characteristic of summertime traffic. Visitors in June get the rare chance both to see the Catalan capital thriving with life and to experience its attractions, culture and history without much of a hitch.

Visiting Barcelona in June therefore offers a fantastic opportunity to experience the city at its best. Take yourself on a tour of Catalonia’s most celebrated architecture, explore the many cultural hotspots atop Montjuïc, or walk in the footsteps of your favorite soccer legends at Camp Nou. 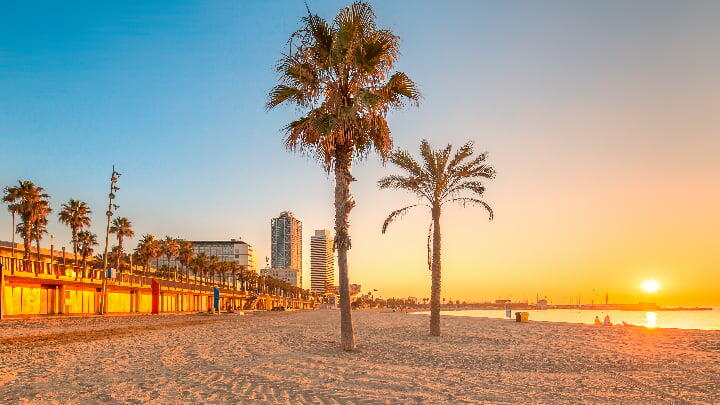 June brings with it very pleasant temperatures typically falling between the mid-60s and high-70s, alongside some fairly consistent sunshine and a relatively low chance of rain. That gives June a slight edge on May’s more mild weather and the often overly hot and humid summer climate.

If sunbathing on the beach, going for a dip in the Mediterranean or taking a relaxing stroll through the park are up your alley, June is the ideal time to do so. You’ll get to enjoy some of the best weather of the year without having to share it with quite so many others!

What to Do in June 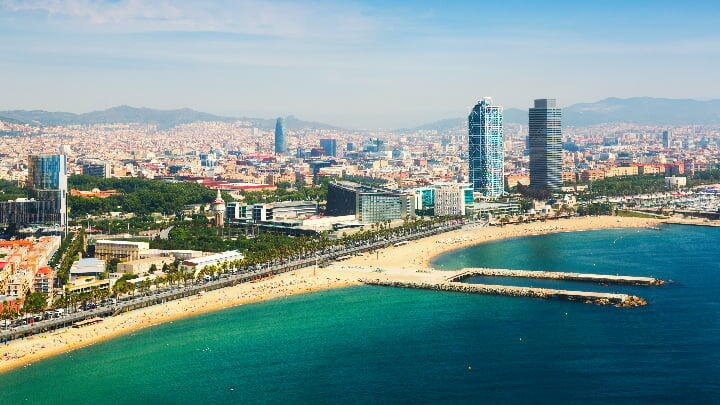 While the vast majority of Barcelona can be enjoyed throughout the year, conditions in June are ideal for more outdoor-based activities. At the same time, the steadily increasing tourist numbers also mean that the most popular indoor attractions such as the Sagrada Familia can become pretty busy at times.

If you’re looking to make the most of the weather, the city’s famous beaches and vast selection of parks are the best way forward. Although they’re bound to be relatively busy with many other visitors having the same idea, they’ll still be far less crowded than in the summer months. And what’s more, aside from the likes of Park Güell’s Monumental Zone, most of them are totally free to enjoy!

In much the same way, the weather in June makes it a perfect time to take a tour of the city’s famous diversity of architecture. Spread across the city, you can easily spend a full day or two exploring the works of celebrated Modernist architects like Antoni Gaudí, alongside the more historical buildings common throughout the Gothic Quarter. 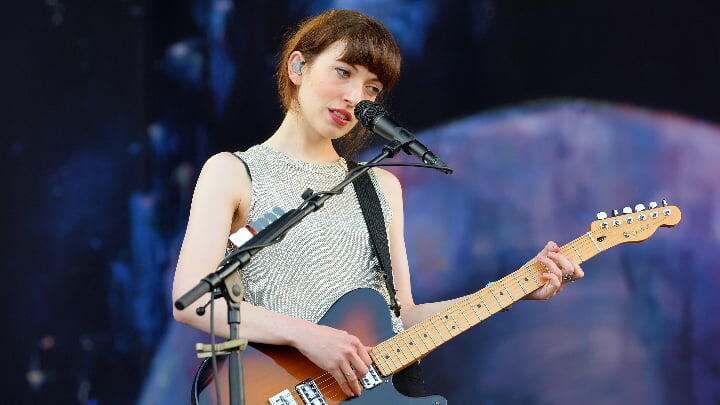 Primavera Sound Festival – Typically held in early June, Primavera Sound stands as one of the city’s most hotly anticipated music festivals. In contrast to many other music events taking place throughout the year, Primavera Sound is host to a diverse lineup of genres comprising everything from jazz and hip hop to folk and alternative rock.

Previous editions of the festival have performances from the likes of Arcade Fire, Pet Shop Boys and White Stripes. While the main sets typically take place over the course of a weekend, the event runs for around a week in total, with additional gigs and performances hosted across the city.

Sónar Festival – One of the oldest and most well-known festivals in Europe, Sónar brings together thousands of electronic music fans from across the continent. Taking place over a weekend in mid-June, the festival is typically split into three events, often held in different locations.

Sónar de Día offers a selection of concerts and performances taking place throughout the day. Sónar de Noche takes the event into the evening, showcasing some of the biggest names in the electronic scene. Sónar+D offers an accompanying program of creative technology experiences, including digital workshops, product tests and hands-on virtual reality activities.

Brunch in the City/Park – June serves as somewhat of a bridge between these two long-running events. Brunch in the City runs from March to June and consists of weekly electronic festivals featuring various international DJs, along with food and beer tents and activities for all ages.

The City edition of the event is often regarded as a warm-up to the main summer event, Brunch in the Park. Held on Montjuïc, the Park edition offers much of the same as its little brother, only on a larger scale and running from late June to September.

Festival Jardins Pedralbes – Hosted in the gardens of the Palau Reial de Pedralbes, this open-air music festival is host to a series of concerts throughout June. The event showcases both big international names and emerging artists between its two stages. The pleasantly cool evenings of June serve as a fantastic opportunity to relax in these historical gardens with a glass of cava and enjoy a fantastic variety of musical performances. 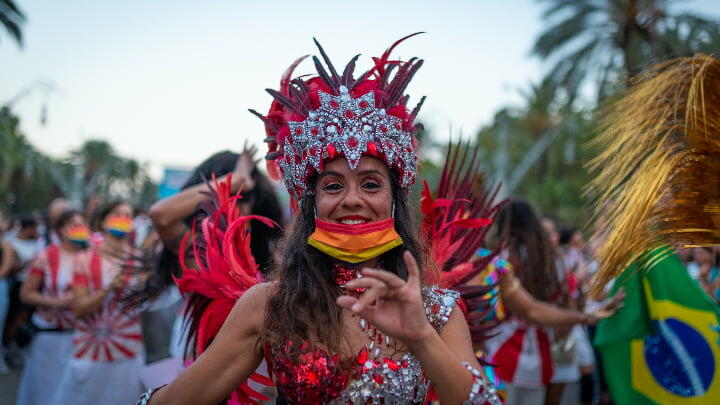 Nit de Sant Joan – Held in celebration of the Summer Solstice, the Feast of Sant Joan is a truly electric event and host to a plethora of crazy parties. Often known as the Nit del Foc (Night of Fire), locals embrace the coming of summer with fireworks and fire displays.

Many hold their own parties with friends to celebrate this shortest night of the year, while others take to the beach with picnics and cava to enjoy the bustling ambience. Groups of musicians and performers will also often come together to provide a live soundtrack to the festivities.

Corpus Christi – One of the oldest celebrations in Barcelona, the Día del Corpus Christi is a Catholic festival held in honor of the Eucharist. The festival dates back over six centuries and is truly a sight to behold, most notably for the Processó de Corpus Christi and Giants’ Ball processions featuring various giant religious figures and animals of Catalan legends.

Barcelona Gay Pride – Joining many other major cities in celebrating the LGBT community, Barcelona’s Gay Pride festival takes place over the course of a week in late June. The event is host to a variety of activities, live performances, talks and exhibitions, culminating with a fun and engaging parade open to all who wish to join.

While every traveler varies in their preferences, it’s difficult to dispute June as one of the very best times to visit Barcelona. Offering peak weather conditions, a bustling yet not overly busy atmosphere and a whole host of exciting events, Barcelona in June truly offers a fantastic balance for just about any visitor to enjoy.