Barcelona is known the world over as a city brimming with history and culture. From its stunning architecture to its celebrated artists and its globally renowned cuisine to its impressive standing in the sports scene, the city makes sure to honor everything that makes up its unique character.

Amongst its wealth of museums and exhibitions highlighting just about everything the city has to offer, there’s truly something for every type of visitor to enjoy. We’ve put together this directory of some of the best museums in Barcelona for you to add to your itinerary.

Housed within the impressive halls of the Palau Nacional in Montjuïc, the MNAC boasts a collection of a thousand years of visual art from throughout the Catalonia region. Standing as the largest and most significant museum in Barcelona, the museum features the world’s largest collection of Roman frescoes and the most important collection of Catalan art. Exhibitions cover everything from religious art to civil war propaganda to the evolution of art history in Catalonia.

Located within the popular Gothic Quarter of Barcelona, the Museu Picasso is home to one of the world’s most complete collections of Pablo Picasso’s works. With a total of more than 4,000 pieces, exhibitions vary throughout the year to explore different aspects of the painter’s life, inspirations and art style.

One of the most significant attractions atop Montjuïc, this museum honors the life and art of one of Spain’s most celebrated twentieth-century artists, Joan Miró. Home to a collection of over 10,000 paintings, sculptures, drawings, carpets and other such pieces, the Fundació explores the work and life of both Joan Miró and comparable modern artists.

Found on Plaça de les Glòries near the hip Poblenou neighborhood, the Museu del Disseny serves as Barcelona’s premier research center and museum for design, fashion and decorative arts. Housing over 70,000 items spanning across five centuries, the museum’s exhibits serve to bring attention specifically to individual Spanish and Catalan designers and their works. 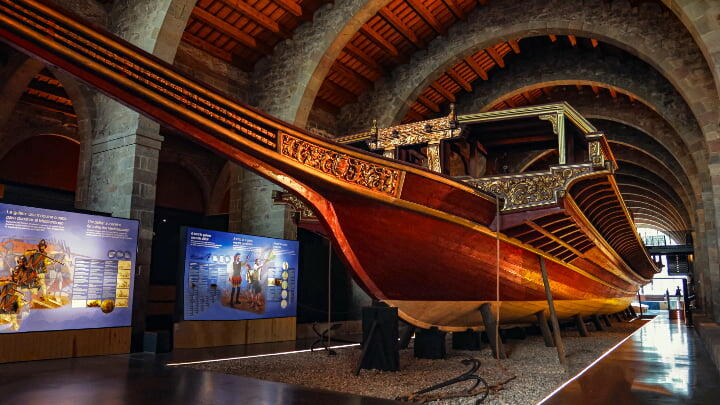 Barcelona’s Maritime Museum offers an exploration of the city’s naval history from the fifteenth century onwards. Based in the former shipyards of Drassane, the museum houses various to-scale reproductions and models of some of Barcelona’s most important historical vessels, alongside wooden submarines, simple fishing boats and racing boats.

Located on Port Vell, this museum offers an exploration of the history of the Catalonia region. Its permanent main exhibition covers everything as far back as the hunter-gatherer populations of the region to the age of the Romans to the more recent suppression of Catalan culture under the dictatorship of Francisco Franco. Temporary exhibitions held throughout the year also serve to explore specific elements of Catalan history and culture in greater detail.

Comprising five different museums, the MUHBA allows visitors to discover over 2,000 years of Barcelona’s history. Exhibitions include everything from remnants of the original Roman city to an air raid shelter active during the Spanish Civil War. By exploring all of the museums in their order of choice, visitors can discover the evolution of Barcelona from its prehistoric origins to the modern metropolis we know today. 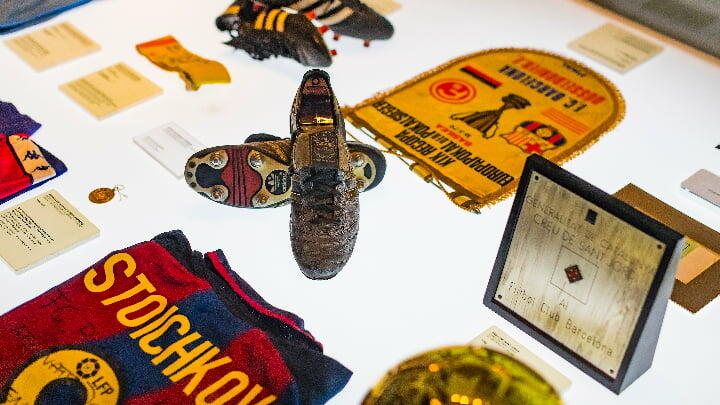 Home to the globally celebrated Futbol Club Barcelona, one of the city’s top attractions is the team’s home stadium, Camp Nou. While the stadium isn’t in use, it serves as a monument to the team’s successes, both historical and ongoing.

Visitors can take the opportunity to walk in the footsteps of soccer legends on a tour of the stadium grounds, broadcaster booths, press rooms and changing rooms. Once that’s done, they can then peruse the exhibition rooms detailing FC Barcelona’s most notable players, matches and victories throughout the years.

Perhaps the most significant catalyst for Barcelona becoming the tourism hotspot we know today was the 1992 Olympic Games hosted by the city. The Olympic and Sports Museum located on Montjuïc commemorates the momentous occasion with exhibitions exploring the history of the Olympic Games as well as that of other sporting events such as Formula 1 and the Tour de France.

A portion of the museum is also dedicated to the private art collection of Joan Antoni Samaranch, after whom the museum was named. Having served for over two decades as chairman of the International Olympic Committee, his collection demonstrates the inherent interconnectedness of sports, art and culture. 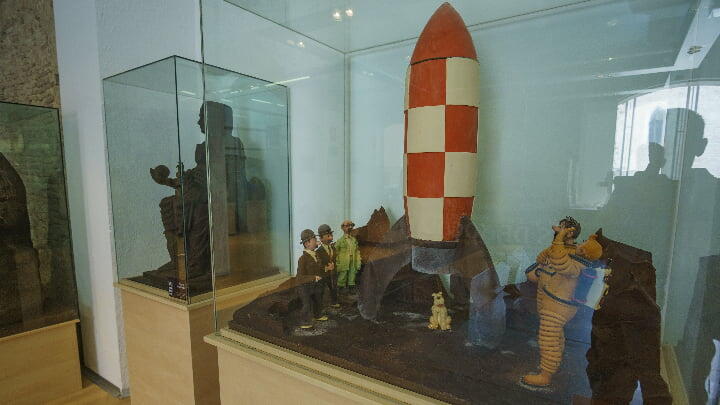 While Barcelona may not be particularly renowned for its chocolate, that doesn’t stop its Chocolate Museum from serving as a shrine for everybody with a sweet tooth to worship. This culinary exhibition offers an insightful history of the sweet treat, along with hands-on workshops for all ages and displays of intricate chocolate models representing a number of the city’s top monuments. And if that isn’t enough to satisfy your hunger, the admission ticket is itself made from edible chocolate!