June in London is known by its nine million residents for its blend of sunny skies, annual events and warm evenings outdoors. If you’re looking to get a sense of the British capital at its most animated, June is the month to visit.

Not only do summer temperatures creep into every aspect of a visit to London during the month, but the city gets all dressed up in its finery for events of international significance – from the Wimbledon tennis championships to Trooping the Colour.

Come with us, as we explore the very best of London in June.

Soak up the June sun 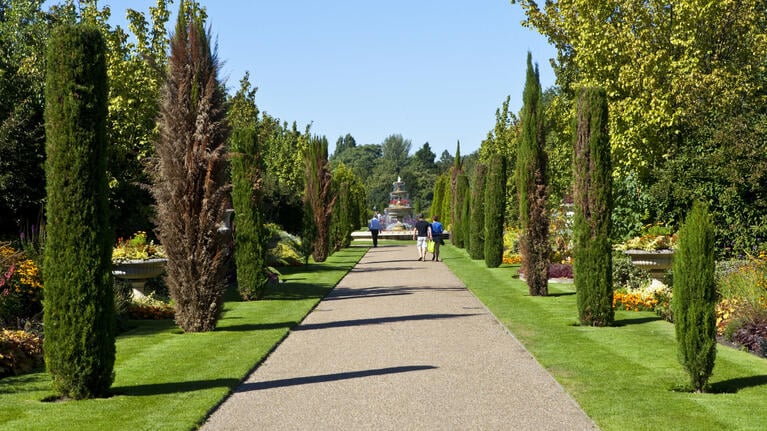 With the bright summer sun warming the streets of London from east to west and south to north, June is perhaps the perfect time to explore some of the city’s hidden green spaces. And that’s exactly what it’s possible to do during London’s Open Garden Squares Weekend at the start of the month.

This very special weekend sees usually private spaces opening their gates to the public. Those taking part change from year to year, but have previously included City of London rooftops, a historic garden beside Shakespeare’s Globe accessed via London’s narrowest street and even the rarely-seen lawns of the Prime Minister’s office at 10 Downing Street.

Situated among the ancient trees of a Royal Park, Regent’s Park Open Air Theatre does nights at the theater like nowhere else in the capital. Its alfresco nature ensures every performance is unique, whilst the company’s artistes are top talents who regularly end up touring shows first-opened just a few hundred meters from the lion habitat of ZSL London Zoo. 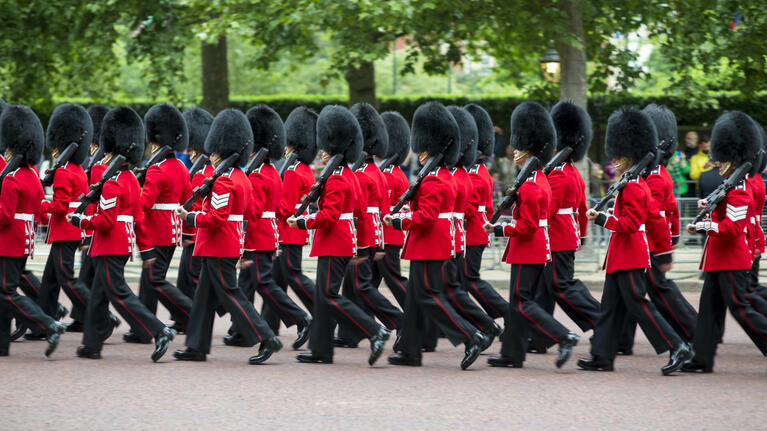 The massed ranks of the British army put on one of their best performances of the year at Trooping the Colour. Marking the official birthday of the reigning monarch, this June event has taken place since 1908, after King Edward VII got tired of celebrating his natural birthday in the November chill.

Dressed in their famous red frock coats and bearskin hats, over 1000 soldiers troop the color – their regimental flag – to the tune of around 400 musicians. It all takes place under the watchful eye of the monarch on Horse Guards Parade.

But The Mall provides the best vantage point for the public to watch, since it has the added benefit of lining the route taken by various members of the royal family to and from Buckingham Palace by horse-drawn carriages.

If sport is more your métier, head to London towards the end of June for the Wimbledon Championships. Probably the world’s most prestigious sporting trophy, tickets for the show courts are fiercely fought over. However, it’s still possible to take in the atmosphere and look out for the greatest players of the generation with a ground pass.

The start of festival season 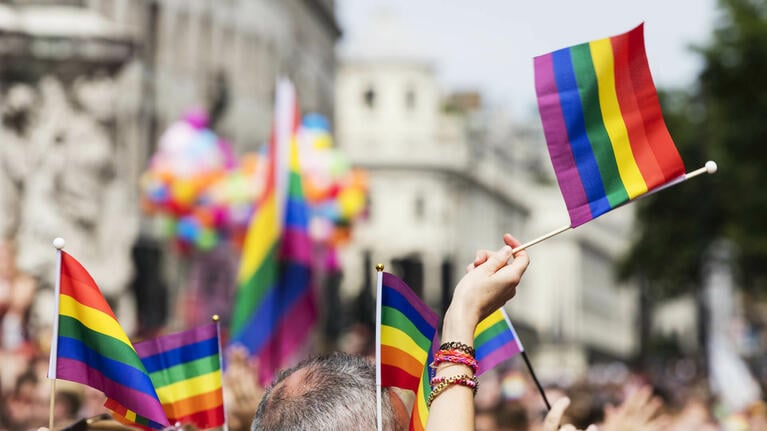 Meanwhile, the London Festival of Architecture spans the entire length of June. The world’s biggest festival of its kind aims to reveal the stories behind some of the city’s best-known structures.

Syon Park’s classic car show aims to fulfil a similar role for all things petrol-powered, whilst June is also the start of Pride month. Many of London’s nightspots in Soho and the West End put on special events to get the LGBT+ community in the spirit of the rainbow flag.

The spectacle of the Royal Ascot five-day horse race meeting should be the only excuse you need to step aboard a Hop-on Hop-off open-topped bus in nearby Windsor. As well as admiring Europe’s longest-occupied castle, you can take in sights including Eton College and Holy Trinity Church.

Observe the longest day of the year 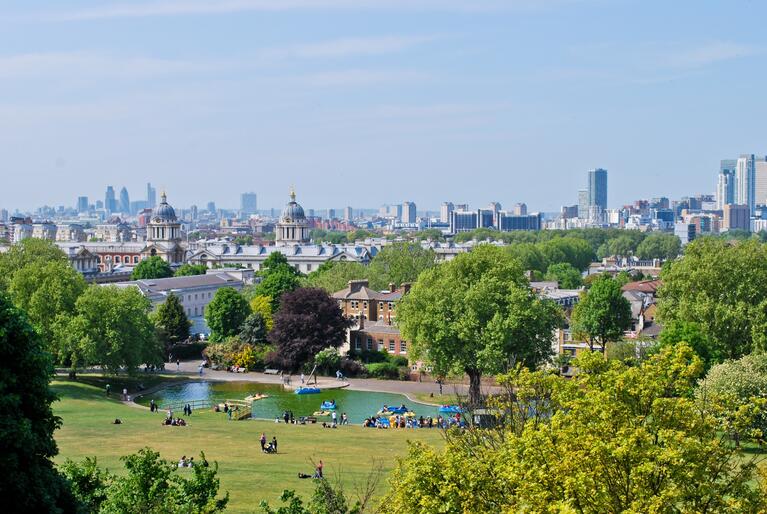 Summer nights in London develop an atmosphere all of their own, and this is only ever heightened in the case on June 22, the date of the summer solstice. Various one-off events take place on the longest day of the year, from sunrise yoga sessions to solstice parties at the capital’s top bars and clubs. It’s best to check local press closer to the time for details.

It’s in June that London’s rooftop bars also come into their own, with many providing drinkers with spectacular panoramas across the skyline by both day and by night. Admire the historic landmarks which line the banks of the Thames with a city cruise river pass. Between them, the likes of the Tower of London, Houses of Parliament and London Bridge boast over a thousand years of heritage no visitor should miss.

The Sunday nearest the solstice is usually the date set for Father’s Day. Those keen to celebrate everything their dad has done for them with a restaurant meal should book early. Restaurant tables get filled quickly with families looking to enjoy dedicated menus put in place just for the day. 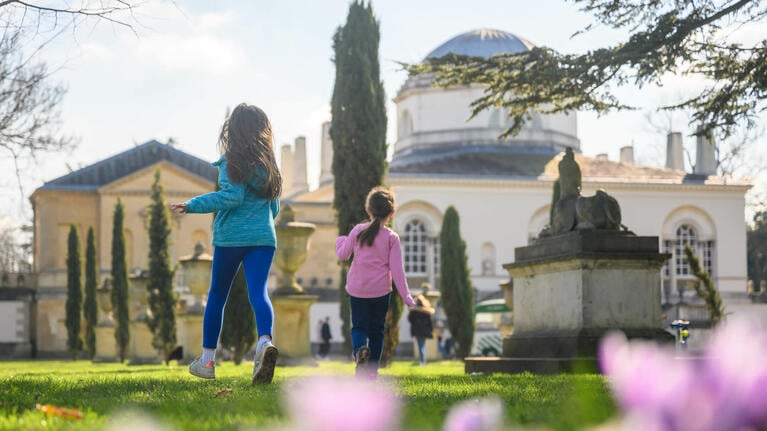 For a totally different way to see the capital, head west to the pools and ponds which form the London Wetland Centre. Created out of unwanted Victorian reservoirs in the year 2000, this magical space is now visited by some 180 different species of bird, as well as otters and innumerable species of insect.

June in London is a good time to plan a visit to attractions with outdoor elements such as Chiswick House and Kitchen Garden too. Finished in 1729, the house is a celebrated example of neo-Palladian architecture. The surrounding grounds are one of the earliest examples of the English landscape style to be still in existence.

Alternatively, head back to banks of the Thames and challenge yourself to find your way through the maze at Hampton Court Palace. Its yew tree hedging has been foxing residents and guests since it was first planted in the 1690s.

Ways to save on attraction admission

The sky is pretty much the limit when it comes to things to do in London in June. The generally fine weather means few of London’s attractions are off limits, although this can soon have a detrimental effect on your wallet.

You can save on London attraction admission with Go City. How does it work? Simply purchase a package and start to save! Go to the visitor attractions you had always wanted to explore without losing the flexibility that’s an important part of any vacation!