Fans of Saturday Night Live and all things comedy will appreciate experiencing a live television show taping of SNL in New York City. Listen up--August is the time to enter the SNL ticket lottery for the upcoming 2019-2020 season! So if you're trying to figure out how you can get in on the fun, check out the brief guide below.

How to get Saturday Night Live tickets:

What is the SNL ticket lottery and how do I enter?

Each August, Saturday Night Live holds a ticket lottery for the upcoming season. Send an email with all of your contact information and a short blurb about why you should be selected to get a pair of tickets to [email protected] during the month of August (from 12:00 am on August 1-11:59 pm on August 31, 2019). You must be at least sixteen years old to be considered for the ticket lottery. Unfortunately, you are not able to select a certain date. Information to email [email protected]:

People often wonder, what are the SNL lottery odds? Entering the lottery does not guarantee tickets. If you are selected, you will be notified and sent two tickets for a random show in the upcoming season.

How can you get SNL tickets on stand by? 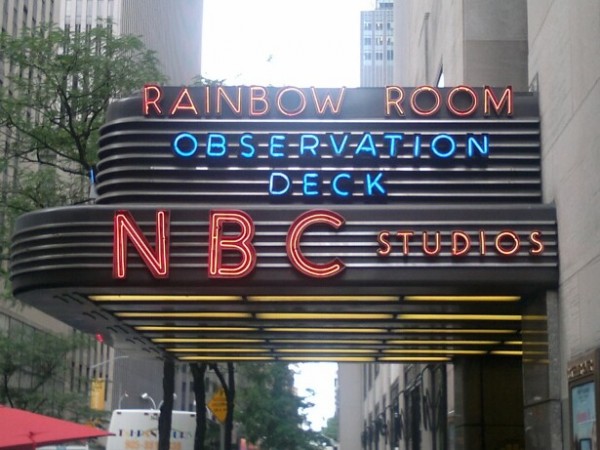 By AndyLindgren (Own work) [CC BY-SA 3.0], via Wikimedia Commons
If you’re in New York City and want to take a chance at stand-by tickets, they are distributed on the 48th Street side of 30 Rock at 7 am on the morning of a taping. People waiting in line for standby tickets are asked to stay in line at all times and tickets are given one per person on a first-come, first served basis. You’ll need to have a current photo ID with you and all members of the audience must be at least 16 years of age. Stand-by tickets are available for both the dress rehearsal at 8 pm or the live taping at 11:30 pm - you can choose which you prefer based on availability. The rehearsal is recorded to tape and is used for backup in the event that the live show cannot air. While there are any number of reasons why the show might not air, it's most common in the event of bloopers: there have been just enough curse words dropped in the live performance that producers have become wary of accidentally airing inappropriate language. Guests selected for stand-by ticket clearance may choose which they’d like to attend.

Even if you aren’t familiar with Saturday Night Live, seeing a live taping is one of the top things to do in New York. Since its premiere in 1975, Saturday Night Live has been one of the most popular comedy shows in the world. It has the most Emmy nominations in television history and continues to make audiences laugh with its satirical sketch comedy and hilarious take on contemporary culture. Attending a performance is one of the best things to do in New York City for fans of comedy, TV, and pop culture. Former cast members have included Chris Farley, David Spade, Chris Rock, Adam Sandler, Rob Schneider, Sarah Silverman, Will Farrell, Tina Fey and Amy Poehler. More recent alumni of Saturday Night Live include Superbad star Bill Hader, I Love You, Man star and Lonely Island singer Andy Samberg, as well as Bridesmaids star Kristen Wiig. Current cast members Ghost Busters stars Kate McKinnon and Leslie Jones, stand-up comic and all-around funny man Pete Davidson, the hilarious Heidi Gardner, and longtime writer and Weekend Update host Colin Jost.

Should I Go to the Dress Rehearsal of SNL or the Live Show?

You may be thinking, “Why would anyone want to see the dress rehearsal and not the real show?”

Many people who have gone to SNL claim that the dress rehearsal can be even better than the live show. This is due to the fact that many skits in the rehearsal do not end up making it into the live SNL show. The dress rehearsal tends to be much more relaxed and spontaneous, making it more fun for the audience. Plus, some of the best skits are not included in the live show, because they are deemed too inappropriate to be aired by the television executives. This may affect your decision to attend the dress rehearsal if you've got teens, for example, but can also be plenty of fun for mature kids and adults.

Getting to the recording:

If you happen to be given standby tickets the day of the show, you’ll need to be at the studio before 7:15 pm for the dress rehearsal or before 10:45 pm for the live show. It's important to be there in advance as seating procedures can be elaborate and often take quite a while. *Keep in mind that a stand-by ticket does not guarantee admission*. There have been unfortunate stories of people who have traveled a long distance only to be told at the last minute that their SNL tickets would not be honored because the celebrity host brought too many people in their entourage or that the skit that they are doing that night requires some extra space, resulting in fewer seats for the audience.

Plan B: What if I can't get tickets to SNL? 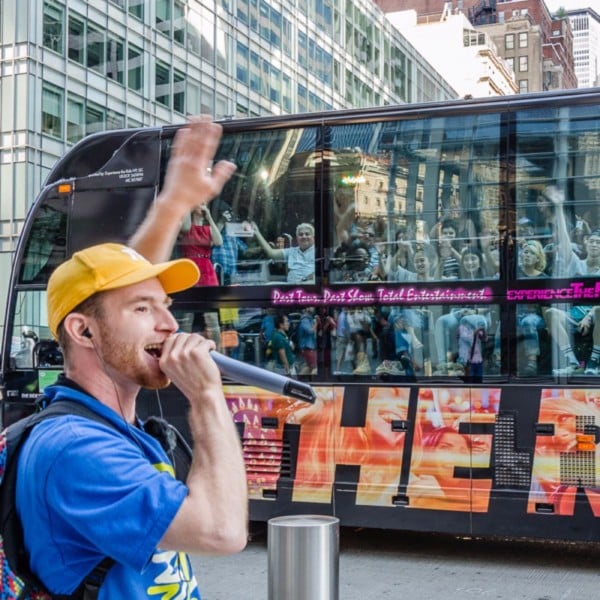 Unfortunately, you weren’t picked for the lottery and you couldn’t get stand-by tickets. Now what? There are still PLENTY of amazing attractions and things to do during your time in NYC. The New York City Explorer Pass lets you visit multiple New York City attractions for one low price at up to 50% off regular admission costs. Or, build your own attraction pass and save 15-25% guaranteed when you buy two or more attractions together. If you’re hanging out in the Rockefeller Plaza area, take a tour of Rockefeller Center, go backstage at Radio City Music Hall, see the entire city in the Top of the Rock Observation Deck or stroll through the Channel Gardens. Prefer to expand your adventures a little bit further but are still looking for comedic gold? Check out THE RIDE--our favorite NYC tour-slash-traveling comedy show. You'll literally laugh out loud at the funny and outrageous lines coming from your tour guides while still leaving the tour feeling like you've learned something new. If you're looking for inspiration for your New York City itinerary, check out our Ultimate Guide to New York City; we have recommended itineraries based on length of stay, who you're traveling with, what neighborhoods you want to explore, attraction insider guides, and more. It's the only guide you need for NYC. There are always plenty of things to do in New York City, especially on a Saturday night, so you’re sure to have an exciting night, no matter what. Remember, with the New York City Explorer Pass® you can save up to 50% on combined admission to dozens of top New York City attractions.

Remember to tag @GoCity or use the hashtag #GoCityPass in your holiday snaps and we'll feature you on our page. Follow the Go City Instagram and Facebook pages for competitions, special offers, and events and inspiration for your chosen destination too! 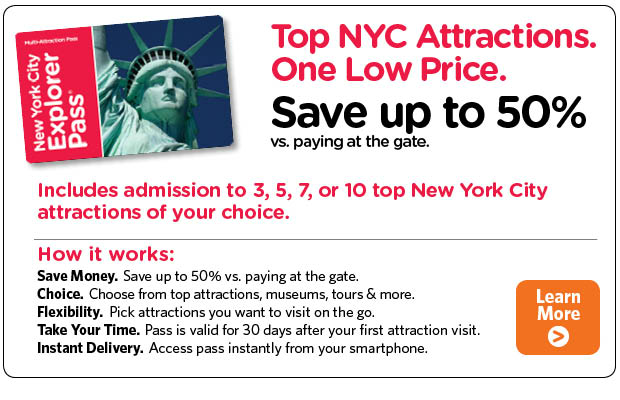 15+ Things to Do in NYC with Teens During Your Vacation