Visiting New York on a budget can sometimes feel limiting when it comes to deciding what to see and do during your trip. But guess what, it doesn't have to be hard. The built in admission discounts and flexibility of a New York City Explorer Pass can help maximizes savings for any type of traveler. Here's a quick list of some popular attractions you can visit so that you can allot more of your New York vacation budget towards other things like lodging, dining, and more.

Save on Admission to Tourist Attractions

Top Attractions to Visit for a Budget Friendly Trip 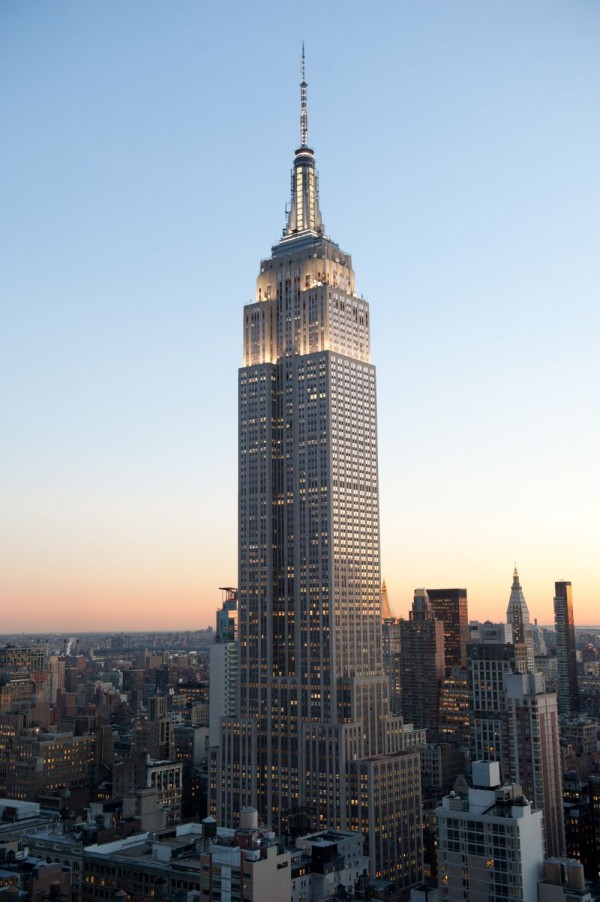 Filled with various historical exhibits, restaurants, and shops, the Empire State Building has only grown over time as an essential stop for visitors to New York City. Up at the 86th floor observatory you will get to enjoy some awe-inspiring views of the city. For those interested in the history of the building itself, the Dare to Dream exhibit includes original documents, architectural sketches, and reproductions of photos and mementos from the workers that worked on this monument to the American Dream. Lower in the building, a new sustainability exhibit showcases the Empire State Building's groundbreaking sustainability initiatives. Getting In: Empire State Building tickets are an available option on the New York Explorer Pass 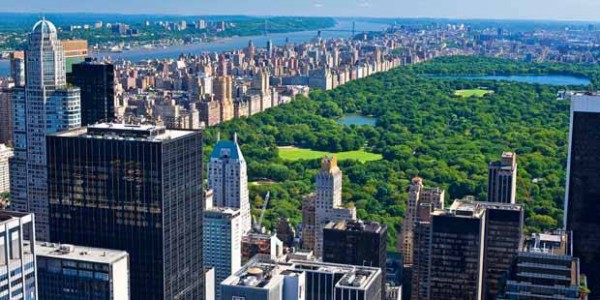 A legacy left by John D. Rockefeller, the Rockefeller Center was established as a place for business and community congregation. Aptly named, the Top of the Rock allows visitors to witness the urban scene from two indoor floors and an open air observation deck on the 70th floor. Indoors, the interactive Beam Walk lets visitors make their own version of the iconic photo of construction workers having lunch on a beam. For those who enjoy more luminous attractions, the Top of the Rock is also home to the "Joie", a fiber-optic illuminated chandelier crafted by Swarovski with over 14,000 crystals. Getting In: Top of the Rock Observatory tickets are an available on the New York Explorer Pass. 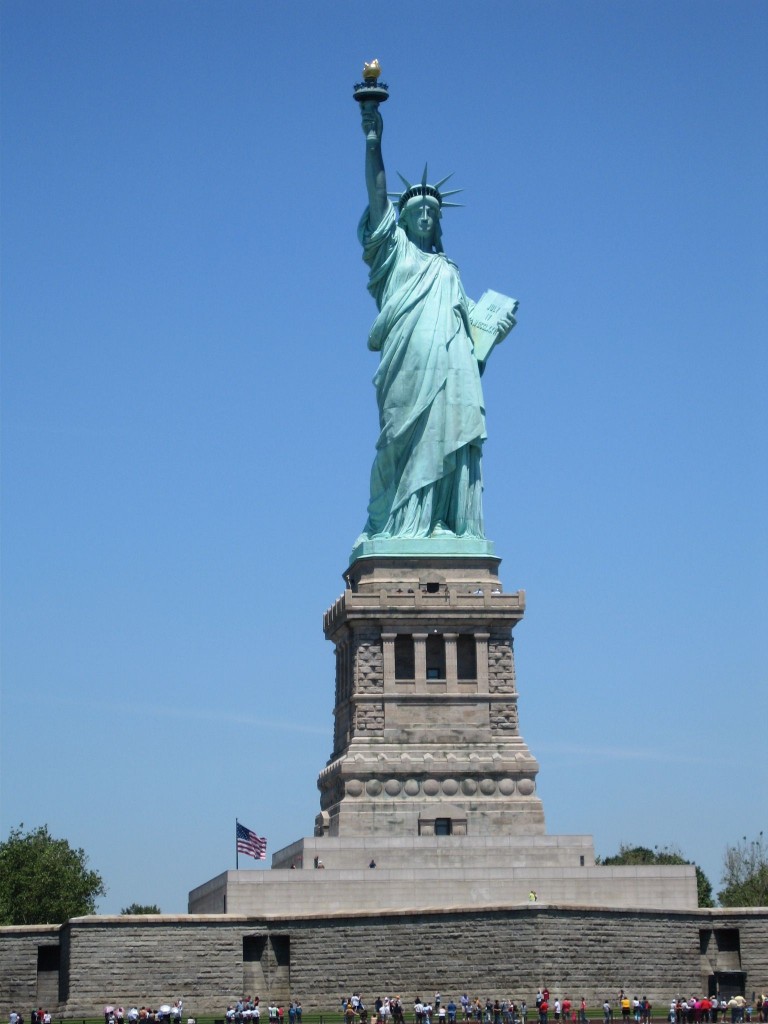 Designated a National Monument in 1924, the Statue of Liberty stands tall as a universal symbol of freedom. For the past 80 years, members of the National Park Service have taken care of this gift of friendship from the people of France to the United States. During your visit, Park Rangers and volunteers can answer questions about the history of the statue, Ellis Island, and other portions of the area that you may take interest in. Getting In: Ferry tickets for Statue of Liberty & Ellis Island are an available on the New York Explorer Pass. 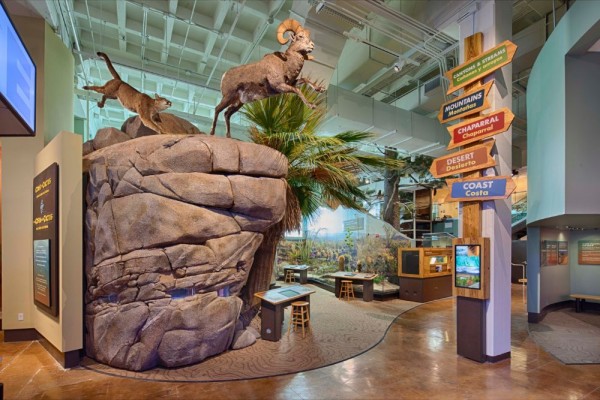 The American Museum of Natural History stands in New York City as a survey of the world's cultures, a manual of its plants and animals, and a window into the vastness of the universe. The museum houses 45 permanent exhibition halls with additional non-permanent exhibitions. Tours (both public and self-guided), programs, and resources are available for adults and children of all ages. To help plan your trip, the museum website also provides an official interactive map. Getting In: American Museum of Natural History tickets are an available on the New York Explorer Pass. 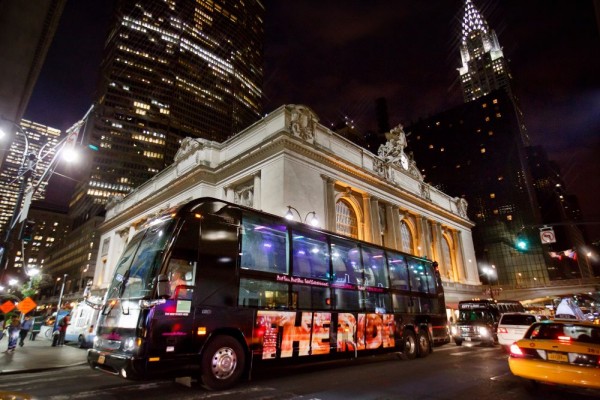 A truly unique sightseeing experience, The RIDE is the perfect choice for those that wish to take in the streets of New York City. It combines the natural NYC backdrop with street performances, improvisation, and stadium seating in multi-million-dollar coaches. With interactive hosts and floor-to-ceiling glass windows, "You won’t be able to tell where the New York City streets begin and the show ends!" Getting In: THE RIDE NYC tickets are an available on the New York Explorer Pass.

Fun Options to Visit During Your Trip:

Even when visiting New York on a budget, there seems like no end to the places that you can take in. Here are some more suggestions for those with different tastes, or simply more time - each of which is available on the Explorer Pass. The Museum of Modern Art -An ever-expanding range of visual expression, including art in mediums such as sculpture, photography, architecture, and performance art. 9/11 Tribute Center & Tour - Exhibits which connect you to the events and aftermath of the 9/11 tragedy through stories, images, and film. Hop On Hop Off Uptown/Downtown Bus Tours - Tour bus routes that cover everything from Uptown to Brooklyn, with hundreds of stops to see and explore. Landmark Cruise: Circle Line Sightseeing - Sightseeing cruise that gets you a good look at the Statue of Liberty, the “Freedom Tower” at One World Trade Center, Ellis Island, and all three bridges that connect Manhattan to Brooklyn. Yankee Stadium: Classic Tour - Stadium tour that includes the New York Yankees Museum, Monument Park, and additional sites based on season and availability.

Central Park - The most frequently visited urban park in the United States, Central Park is 843 acres of history, design, and ecology. The High Line Park - A 1.45-mile-long urban park repurposed from a disused railway, with naturalized plantings and various cultural attractions. Battery Park - Home to the Castle Clinton National Monument, this park was named after an artillery battery the first Dutch settlers built to protect the harbor and New Amsterdam. Times Square - An icon of urban culture for over a century, you'll always be able to find an event or some form of entertainment at Times Square.

Let's Recap on Visiting New York on a Budget

There you go - a few great recommendations for things to do when visiting New York City on a budget. Remember, many of these great budget friendly attraction options and more are included on the New York Explorer Pass, where you can save up to 50% on combined admission vs paying at the gate. So when you are planning your trip, consider including some of these options to your New York City vacation itinerary.
Tags
On a budget
Share this post
Copy Email Share Tweet
Previous post