How to get Kennedy Space Center discount tickets?

When is the best time to visit the Kennedy Space Center? 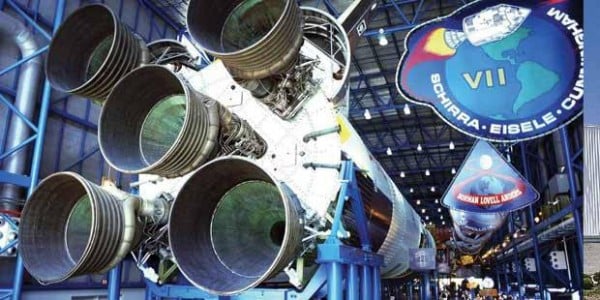 Depending on your preferences, visiting when a launch is scheduled may be the best or the worst time to visit. Launch days at the Visitor Complex provide some exceptional views but also bigger crowds. The Space Center will adjust its hours by a small margin on launch days to accommodate the larger crowds who make the visit. Off season in this part of Florida is generally January & February and September through late November. Crowds are thinner, the humidity is down, and the weather is generally cooler in the off-season. Plus, hotel rates are lower and restaurants are also quieter. Summers, on the other hand, can be quite humid and hot, and even more crowded due to visiting families. Florida is also known for its brief showers during summer afternoons. But don't let this discourage you from visiting the Kennedy Space Center. There are plenty of indoor exhibits to explore while the weather passes. Because the Kennedy Space Center experiences its peak visitor period during the middle part of the day, arriving early is a good idea, especially in-season.

What is there to do at the Kennedy Space Center? 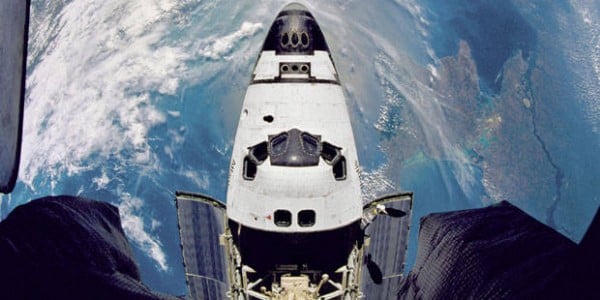 There is so much do to and see here that we're sure you and your family will have a great visit. Here are a few of our favorite things to do!

One of the most notable exhibits at KSC is the Rocket Garden. You'll get to walk up to and around the bases of actual rockets that were used throughout the space program. Rockets are mounted upright with the exception of the largest, a Saturn IB, which is mounted sideways.

The not-to-be-missed Space Shuttle Atlantis Display brings you up close and personal with an actual space orbiter, left in the condition it was in following its last flight. Housed inside an impressive 10-story, 64,000-square-foot facility, this is the Kennedy Space Center's newest exhibit and has attracted massive crowds in recent months.

The Shuttle Launch Experience is a unique attraction designed with the help of astronauts, NASA experts, and attraction-industry leaders. It's intended to simulate what it feels like to be a part of a space shuttle launch, and is definitely a must-see part of the Kennedy Space Center. The attraction has four simulators, each accommodating 44 “passengers.”

This exciting segment of your experience offers a peek into what the future holds for NASA and their ambitious goals.  You'll learn about current missions to the International Space Station and upcoming ventures into deep space, including trips like the recent one to Mars. You'll also find plenty of interactive exhibits, simulators, and games that help you imagine what it would be like for a manned craft to visit Mars.

General admission to Kennedy Space Center includes a bus tour that departs every 15 minutes. These air conditioned coaches will take you from the Visitor Complex past some of the most iconic sights of the Space Center, including the famous countdown clock that ushered in so many historic flights.

Be sure to catch an Astronaut Encounter, hosted by a real life astronaut multiple times daily. Over 30 of the 500 men and women who have been in space make presentations throughout the year. You'll get to see their individual perspective on the space program, and learn about what it was really like to be a part of the NASA family -- now and in the past!

Immerse yourself in the NASA experience with a visit to the IMAX Theater. As of winter 2018, their two current shows are "Journey to Space" (narrated by Sir Patrick Stewart!!) and "A Beautiful Planet" (featuring footage of Earth from the ISS).

Take time to reflect at the moving Astronaut Memorial, a tribute to those that made the ultimate sacrifice in space exploration. Known as the Space Mirror Memorial, it is located just behind the IMAX Theater.

If the kids still have energy to burn, then a visit to the Children's Play Dome is in order. It's a unique space-themed playground designed for young explorers. There is something for everyone at the Kennedy Space Center. It is well worth the short drive to the Space Coast if you are planning a vacation in Central Florida. 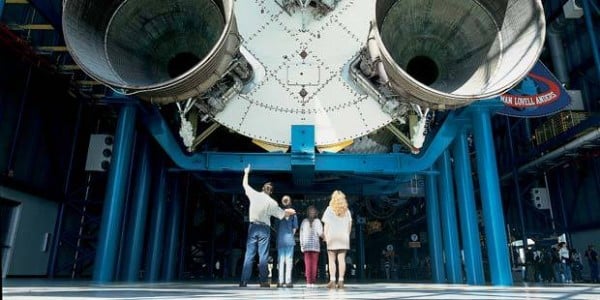 The Kennedy Space Center Visitor Complex had extremely humble beginnings, starting with just a few displays on card tables in a trailer in 1964. During that time, self-guided car tours were allowed on Sundays and were limited allowed on site from 1 pm to 4 pm only. In spite of those limitations, a quarter of a million vehicles made the tour that year. In 1965, $2 million was authorized to build a more permanent visitor's complex, called Spaceport USA. By 1969, attendance reached 1 million annually. In 1971 an additional $2.3 million was invested. In 1995, Delaware North Companies was selected to operate the Kennedy Space Center Visitor Complex. Today, the complex is completely self-funded, using no government or taxpayer funding. Under the management of Delaware North Companies, The Kennedy Space Center Visitor Complex has made major improvements in recent years, making it even more attractive to families. Major recent improvements include The Shuttle Launch Experience, which opened in mid-2007. This 44,000-square-foot, 60 million dollar attraction puts visitors through a simulated shuttle launch. In June of 2013, the Kennedy Space Center Visitor Complex celebrated the grand opening of the Space Shuttle Atlantis Display. This amazing facility houses the actual Atlantis Space Orbiter as it would appear in flight.

What attractions are near the Kennedy Space Center?

Where is there to eat neat the Kennedy Space Center?

Once you're off the island itself, there is a wealth of dining options for you to choose from. Options include everything from sumptuous seafood to bold BBQ. You'll also find tacos, pizza, burgers & hot dogs, Cuban food, and much more. If you're just looking for something fast and inexpensive, there are also options like Wendy's, McDonald's, and IHOP.

Is the Kennedy Space Center the same as Cape Canaveral?

Save on Tickets with a Go Orlando pass

Remember, the Go Orlando pass is the best choice for maximum savings and flexibility, which includes Kennedy Space Center tickets, plus admission to your choice of other top attractions. Save up to 50% on top museums, tours, and activities vs. paying at the gate. Visit multiple attractions for one low price. 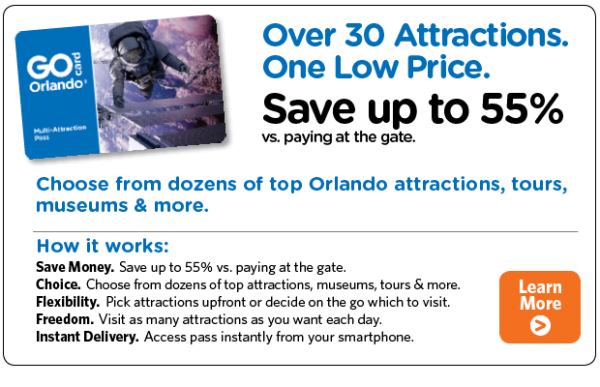 Best Theme Parks in the World

Things to Do in Orlando for Adults During Your Vacation (Ideas fo...

Things to Do in Orlando in Spring 2020 - Activities & More

Things to Do in Orlando for Adults During Your Vacation (Ideas fo...