Christmas may be over, but that’s no reason to leave town! London is a fantastic place to ring in the new year, despite the fact that it’s dark by afternoon tea time. It’ll be pretty chilly – average temperatures at new year’s hover around the mid-40s during the day and frequently dip into the 30s overnight, so pack your thermals and some waterproof shoes. Once you’ve got all your layers on, though, there’s no reason to stay huddled inside – even on New Year’s Eve, London has plenty to do that makes the most of the daylight hours and keeps the party vibes going well into the night. Some of these include:

Talk to the animals 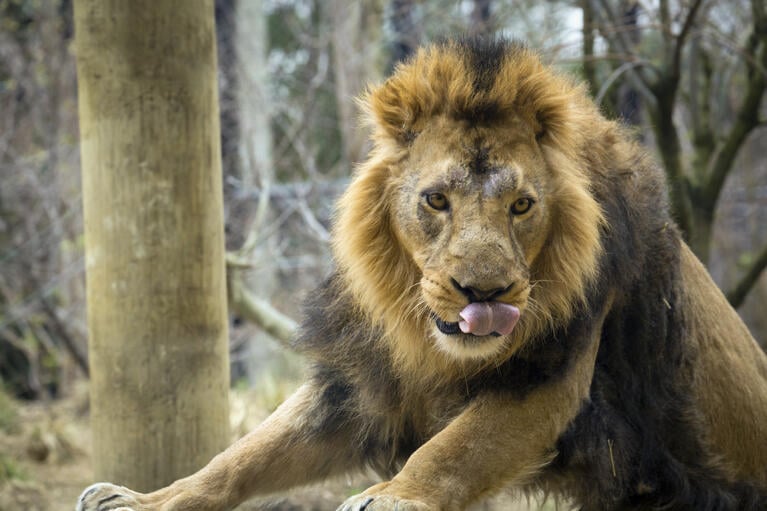 What better way to spend the day than to rug up and visit the residents at London Zoo in Regent’s Park? Some of the animals may be hibernating, but it’s still worth a visit as others will be more active in the cooler weather, and some – like the penguins – won’t notice it at all. If the conditions are leaving a bit to be desired, there are plenty of indoor enclosures – just keep in mind that the zoo will be operating on winter hours, and last entry is usually an hour before closing. 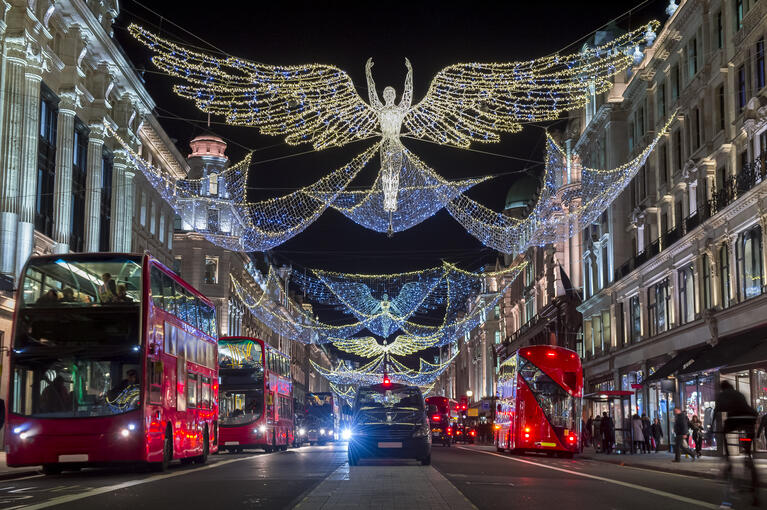 Take refuge from the elements on a climate controlled Big Bus and keep your feet nice and dry! This is a perfect option if you’re new to this great capital, as it will give you a decent tour of the city and allow you to hop on and off for the rest of the day. Stops include the Tower of London, Westminster, Buckingham Palace and Trafalgar Square, all of which will still be decked out in festive finery. If you’re an old hand, or just fancy a different perspective, perhaps try a river cruise instead. Sit back in the warmth as you travel from Westminster Pier under the iconic Tower Bridge to the Cutty Sark at Greenwich, perhaps with a bubbly beverage in honor of the occasion.

Get your skates on 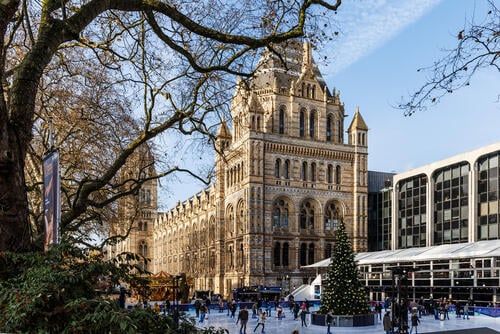 Zooming around an ice rink is one of winter’s best outdoor activities (after making snow angels, of course), and most of London’s outdoor markets keep going until early January, so it’s the perfect opportunity to blow away the cobwebs and get some color in your cheeks. Hyde Park’s rink is enclosed by the Winter Wonderland, which is basically an enormous Christmas theme park, the Queen’s House in Greenwich has one (opposite the Royal Naval College), as do Canary Wharf, Somerset House and Battersea Power Station. On the other hand, if you need an escape from the city try Hampton Court Palace, where you can also tour the sumptuous rooms and gardens of Henry VIII’s favorite holiday home.

Warm up with the locals 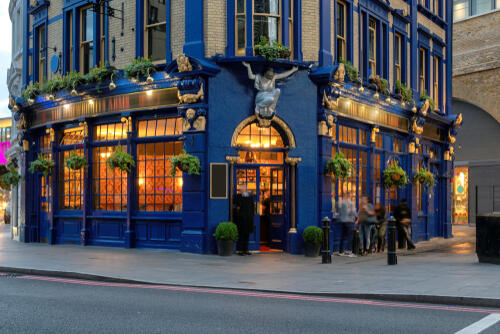 Nothing beats away the winter blues better than a roaring fire and a warming beverage – unless it’s enjoying those things with good company, of course. Retreating to a pub has been a favorite pastime of the Londoner for eons past, and who are we to argue with the experts? There are plenty of cozy and historic options, from the tiny ‘Ye Olde Cheshire Cheese’, squeezed into an alleyway on Fleet Street, to the Ten Bells in Spitalfields, famously associated with Jack the Ripper. Or, if the profusion of wooden market stalls and gingerbread hearts around the city has got you in the mood for German delicacies, go for a beer and a pretzel at the Bavarian-themed Bermondsey Bierkeller.

March back in time 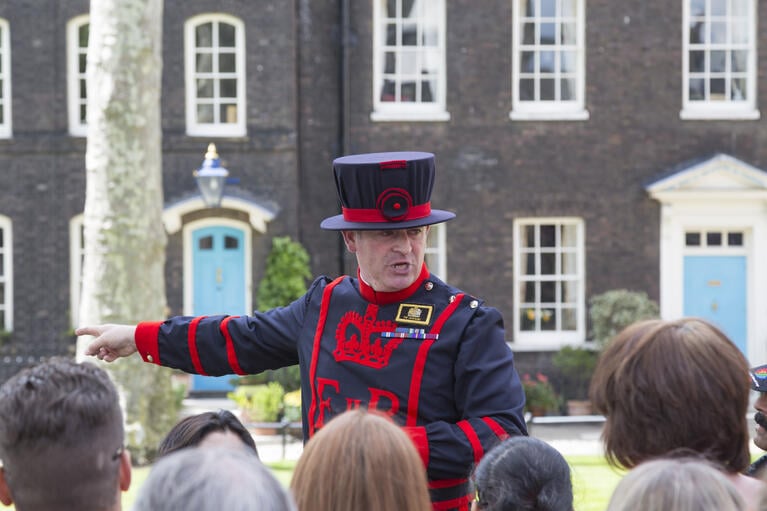 The medieval Tower of London on the banks of the Thames is a great place to while away the daylight hours on New Year’s Eve, especially if you’ve got little ones who need to let off some steam. They can run around the castle grounds, explore towers, climb staircases and march along the battlements, which will all still be decorated for the holidays. While you’re here, be sure to join a Beefeater tour, have a look at the glittering collection of crown jewels and try and spot the famous ravens of the tower.

Get a higher perspective 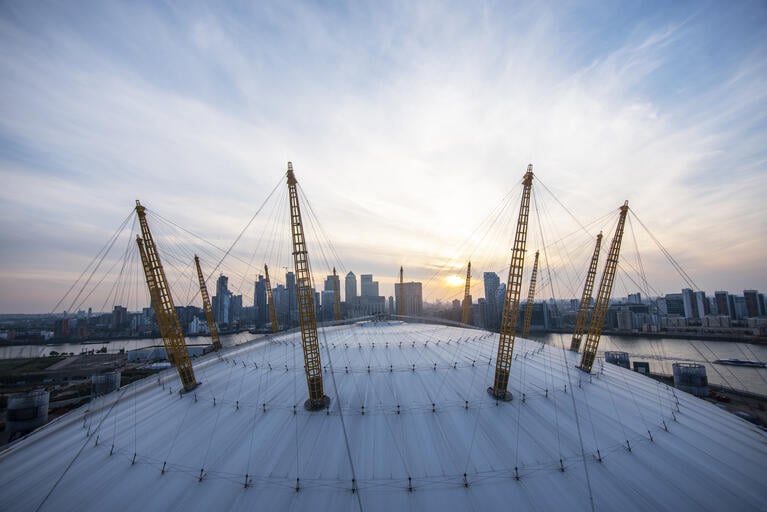 Sometimes, London is blessed with a bright, crisp winter’s day, with the sun blazing down and clear views for miles around. If that happens on New Year’s Eve, what better thing to do than to climb the east end’s highest vantage point to watch the sun set over the city and another year? Head to the O2 in Greenwich and get the adrenalin pumping as you climb to the top. Once you’re there, watch as the sky turns dark and all the lights come out, then head back into the city for the evening’s celebrations.

Be a culture vulture 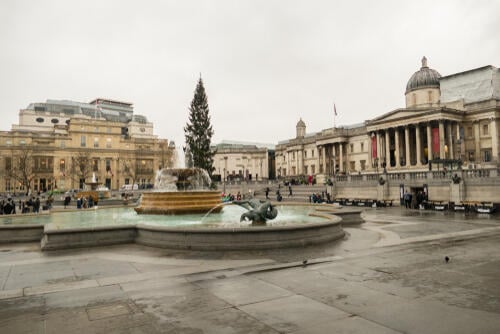 If you’re only in London for a few days, it would be a shame not to take in a bit of culture while you’re he - not to mention that London’s museums are great places to take refuge from the weather. There are loads to choose from, so even if it’s not your first visit you should find something new. There’s the National Gallery, the Natural History Museum, the V&A, the British Museum, the Tate and the Tate Modern, the London Transport Museum, the Garden Museum, the Royal Air Force Museum and the Museum of London – just to name a few. Or, if you’re in a more speculative mood, Westminster Abbey is a moving and peaceful place to wander for an hour or two, especially if you’re there for the evensong service.

Take to the streets 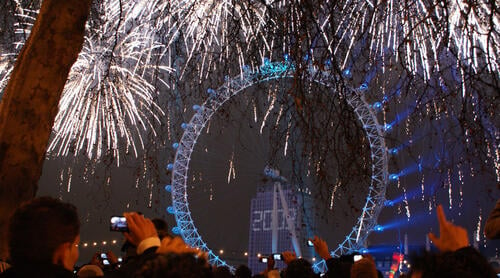 Clubs and bars will try and keep you indoors, but really New Year’s Eve in London is all about the midnight fireworks display on the Thames. The riverbanks – usually from Victoria Embankment to Westminster Bridge – are roped off and only ticket holders are allowed in, however you can get a good view from plenty of rooftop bars in the area (the best one being the Shard) or from boat parties on the water. Many restaurants will have special dinner and party events, and after the show the clubs keep raving until the early hours – for the best vibes, look for places in Camden, Soho, Temple or the West End. Whatever option you choose, be sure to book ahead, as most places likely won’t accept walk-ins on the night.

The countdown is on for a good time in London! Make sure you grab your Go City Explorer Pass before you go and save on dozens of great winter attractions around the city.