Pay a visit to the inimitable Times Square to see the commercial and cultural heart of New York City. It’s home to everything from street performers and protesters to family-friendly restaurants and attractions. In fact, it's possible to fill an entire vacation in just this one neighborhood!

If you’re looking for things to do in Times Square and the nearby blocks during your trip to New York, check out our list of the best local activities and attractions, including...

Hop On Hop Off Sightseeing Tour 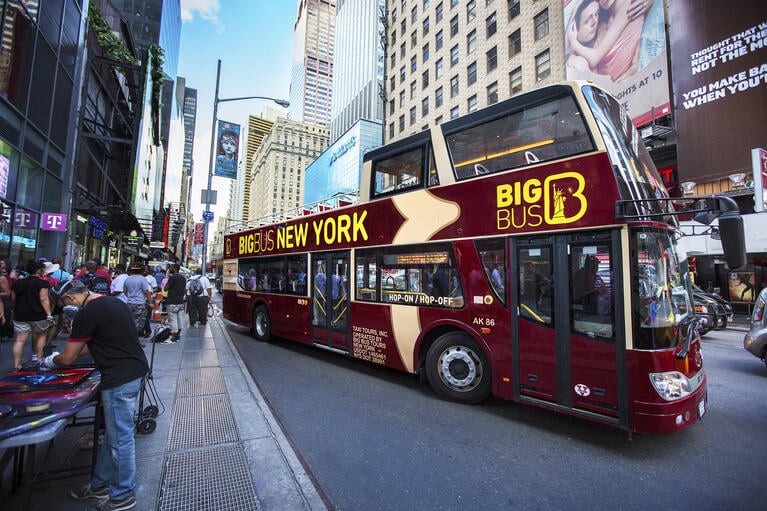 Explore Manhattan on this super convenient and fun bus tour. You can relax while listening to informative narration and learning about the sites you're driving past. Then, hop off at any place that piques your interest. Major landmarks and neighborhoods you’ll see on this bus tour include Times Square, Madison Square Garden, the Empire State Building, Chinatown, the Broadway Theatre District, and much more. Another fun option from Big Bus is the 2-hour nighttime tour, which showcases the city through amazing panoramic views.

Getting In: Hop On Hop Off Big Bus New York Bus Tour tickets are available on the Go New York Explorer pass.

This popular wax-figure attraction is known around the world for its amazing artistry and astonishing replicas of celebrities from all areas of life. You’ll get a chance to "meet" everyone from pop culture icons to significant historical figures to fictional characters at this unique destination. Fans of the Kardashians will be keen to snap some photos with Kim, Khloe, Kourtney, and the gang, or if you adore country music then seek out Taylor Swift!

Getting In: Madame Tussauds New York tickets are available with the Go New York Explorer pass.

This immersive ocean experience is one of a kind. Come here for intimate (digital) encounters with some of the most captivating and amazing inhabitants of the Pacific Ocean. You will see creatures including giant squid, great white sharks, humpback whales, and many more.

First, you'll enjoy a 90-minute "underwater" trek where you'll walk alongside a 60,000-square-foot digital cinematic display, which transports you to the heart of the ocean amidst many of its most fascinating creatures. Then, there's an "above-water" component with exhibits, displays, and lots of information about the animals themselves.

Ripley’s Believe it or Not! Times Square 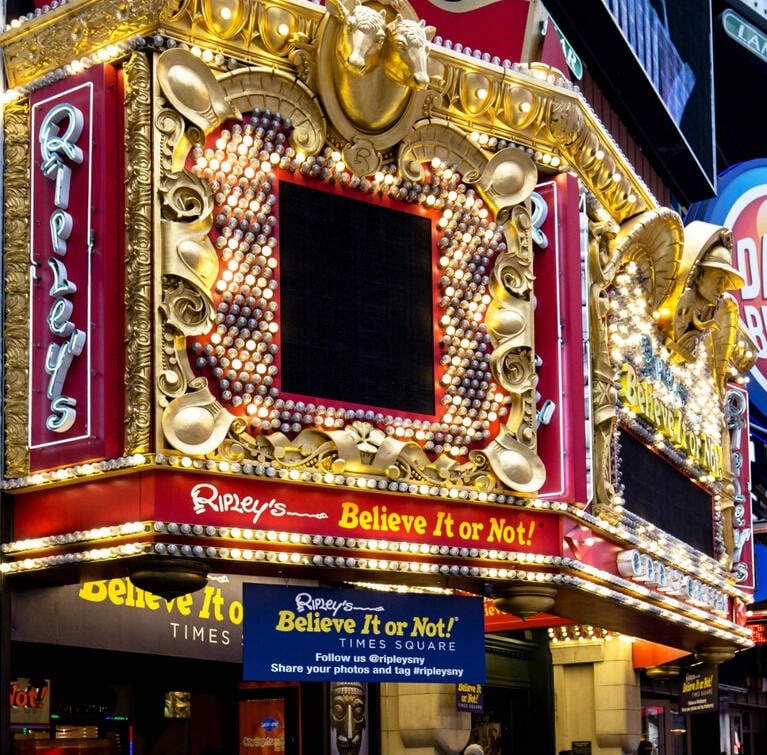 Explore the wild and weird world of Robert Ripley at this singular attraction. Stroll through dozens of exhibits with hundreds of artifacts and objects. See everything from authentic shrunken heads to albino animals to miniature replicas of NYC landmarks. A particular favorite with kids is Ripley's Relic exhibit, which asks visitors to solve a series of riddles and puzzles to uncover the mystery of the elusive Relic.

Getting In: Ripley’s Believe it or Not! NYC tickets are available on the Go New York Explorer pass. 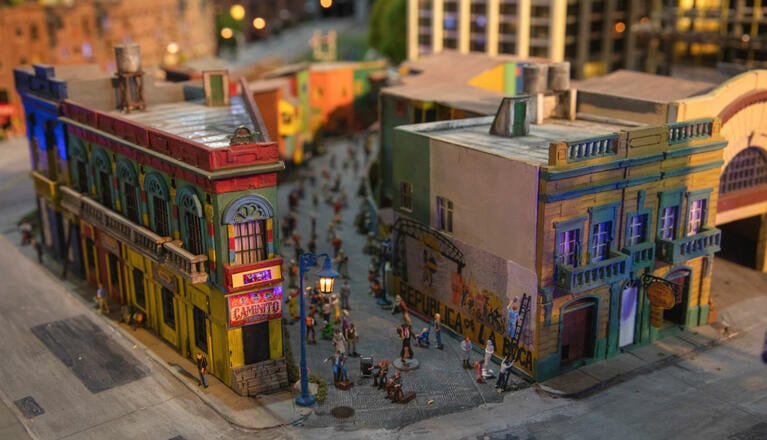 One of the most unique things to do in New York City is to explore the fascinating miniature world of Gulliver's Gate. Named after the titular character from Gulliver's Travels, this attraction places you in the position of the giant, surveying tiny representations of cities and landmarks from around the globe.

See the skyline of New York and Lady Liberty, as well as the Great Pyramids of Giza, the onion domes of Moscow, and many more. These amazing minuscule creations were crafted by artists from around the globe, and put together in an endlessly entertaining series of exhibits. It's a must-see in Times Square!

Getting In: Gulliver's Gate tickets are available on the Go New York Explorer pass. 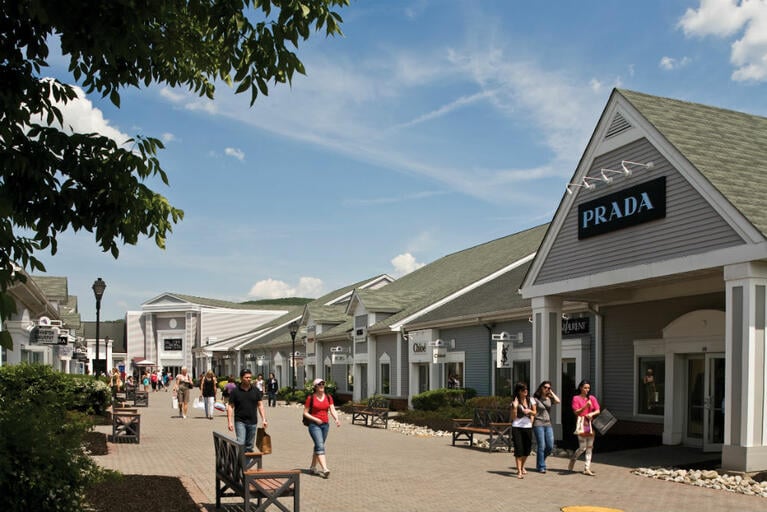 Depart from Times Square and head out to the Woodbury Common Premium Outlets, a place where you can find New York City style for much less than New York City prices. Shop major label stores like Burberry, Coach, Prada, NIKE, Lacoste, and many more with your VIP coupon booklet in hand for even more potential savings. Your admission includes round-trip transportation and several hours to shop at your leisure.

Things to Do Near Times Square

Top of the Rock Observatory 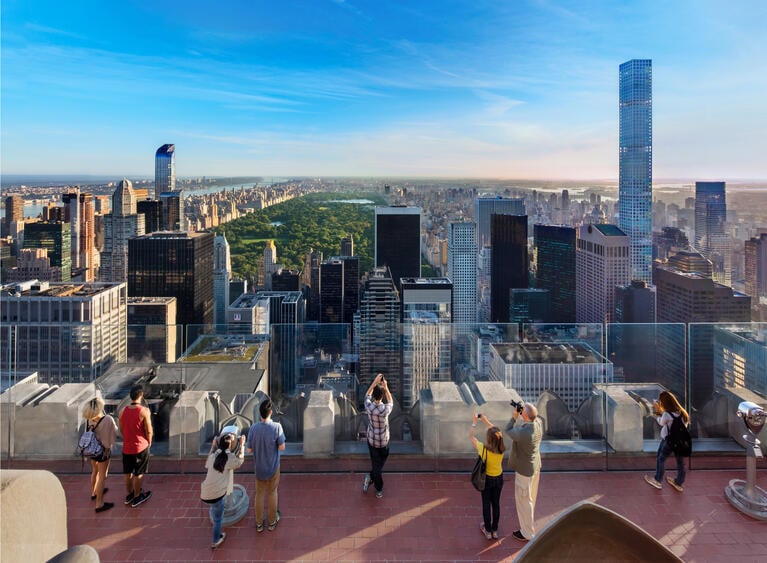 Get a unique perspective on New York City with a visit to the iconic Top of the Rock. With nearly uninterrupted panoramic views of one of the most fascinating cities in the world, this special attraction is a must-do for all visitors to NYC. This gorgeous art deco skyscraper is worth visiting for its own merits, too, with a beautifully appointed lobby. This is my favorite thing to do near Times Square.

Getting In: Top of the Rock tickets are available on the Go New York Explorer pass. 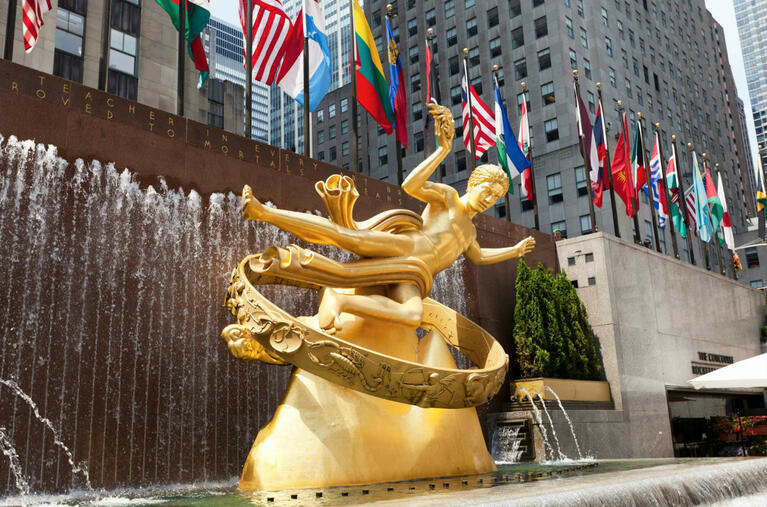 Featuring 19 commercial buildings in the area between Fifth and Sixth Avenues, Rockefeller Center is home to major landmarks. Explore the Rink at Rockefeller Center (popular for skating in winter), Radio City Music Hall, Top of the Rock, the Comcast Building, and more. A tour of this compact but diverse little corner of midtown Manhattan is a chance to learn a little bit more about NYC culture.

Getting In: Rockefeller Center Tour tickets are available on the Go New York Explorer pass. 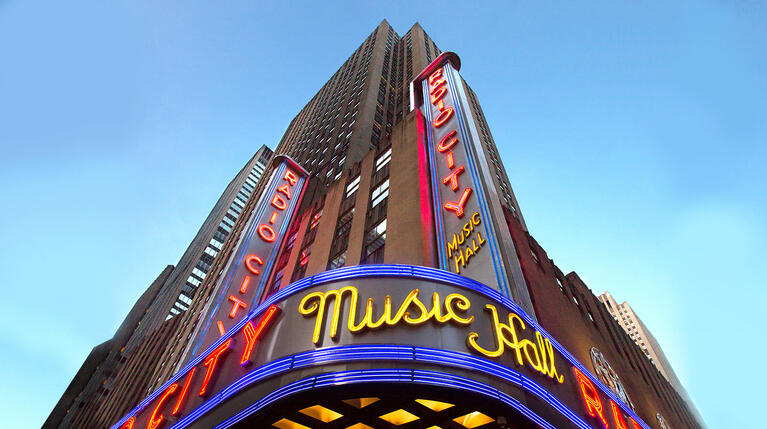 Theater buffs, rejoice! Now is your chance to go behind the scenes at one of America’s most famous theaters. With the comprehensive, 75-minute Radio City Stage Door Tour®, you’ll get in-depth looks at major areas and special objects. Discover what makes this amazing place such an important cultural destination. You’ll even get to take a photo with a world-famous Rockette! 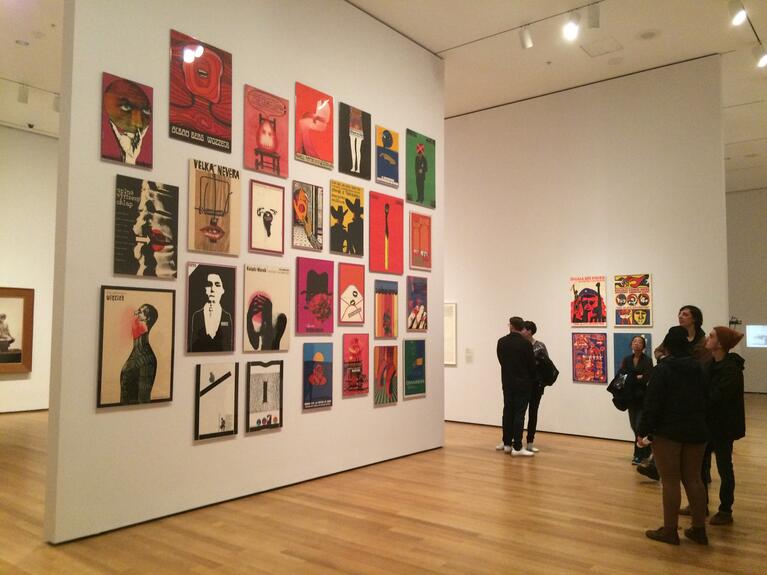 In a city with so many stellar art museums, it can be hard to stand out from the crowd. The Museum of Modern Art (or MoMA), however, does just that.

Their vast collections of modern and contemporary art showcase everything. See art from the best of world-famous artists to the newest offerings of up-and-comers. Come here to be inspired.

Getting In: Museum of Modern Art (MoMA) tickets are available on the Go New York Explorer pass. 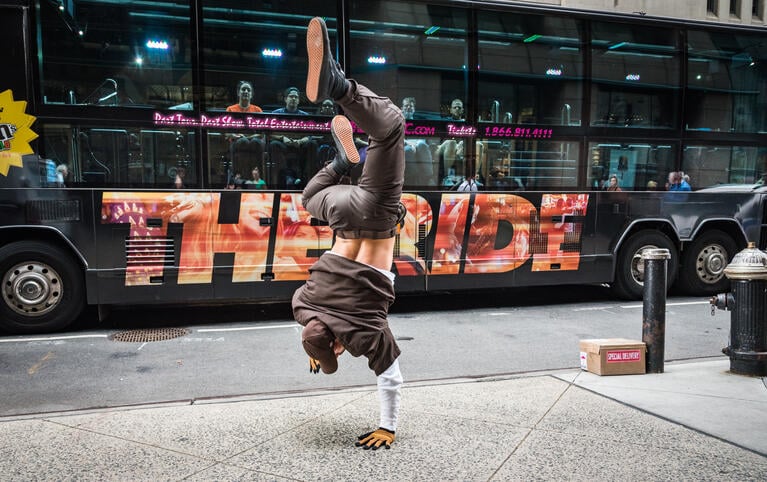 If you’re looking for a unique tour of NYC, look no further than THE RIDE. It's a delightfully interactive experience that feels more like a theatrical performance than a simple sightseeing tour. This 75-minute excursion is hosted by two professional comedians who will escort you past the city’s top sites. See landmarks like Grand Central Terminal, the New York Public Library, Central Park, and of course, Times Square itself. It's a delightful way to enjoy a new model of sightseeing that ditches the old boring surveys of Times Square in favor of an interactive, vibrant presentation.

Getting In: THE RIDE NYC tickets are available on the Go New York Explorer pass. Another fun option is THE TOUR, an equally entertaining experience also included with your card!

We hope you consider adding a few of these top attraction options to your NYC vacation plans. Be sure to check out @GoCity on Instagram and Facebook for top tips and to share your vacation snaps with us! 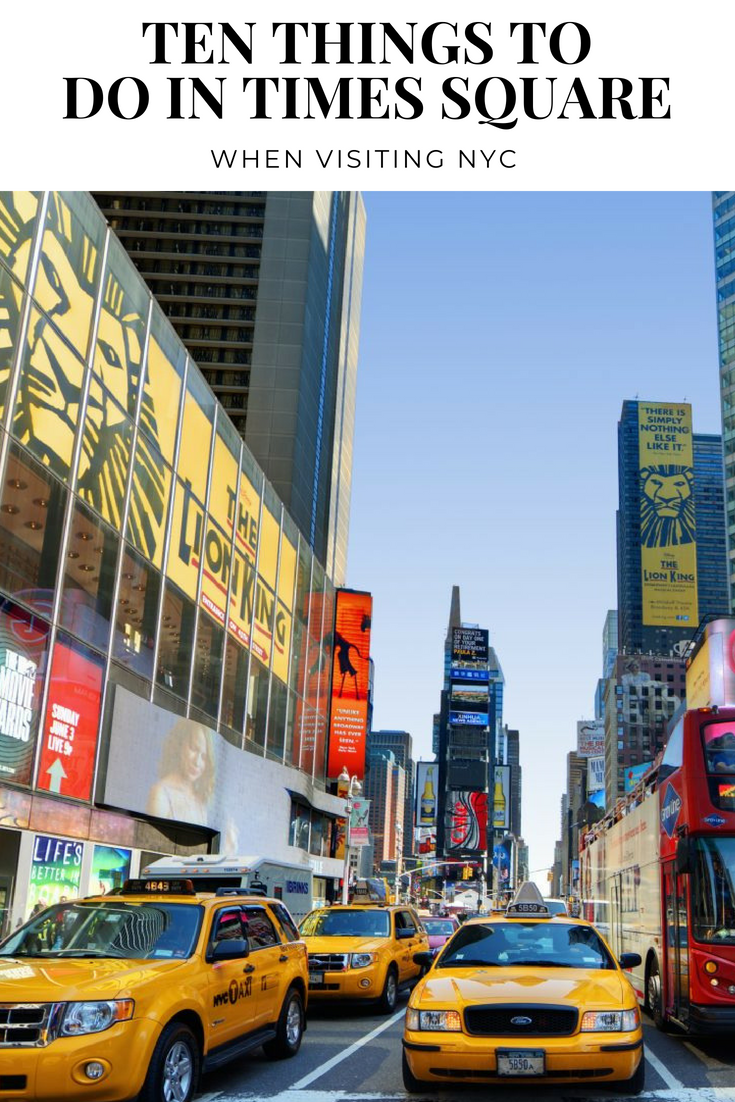 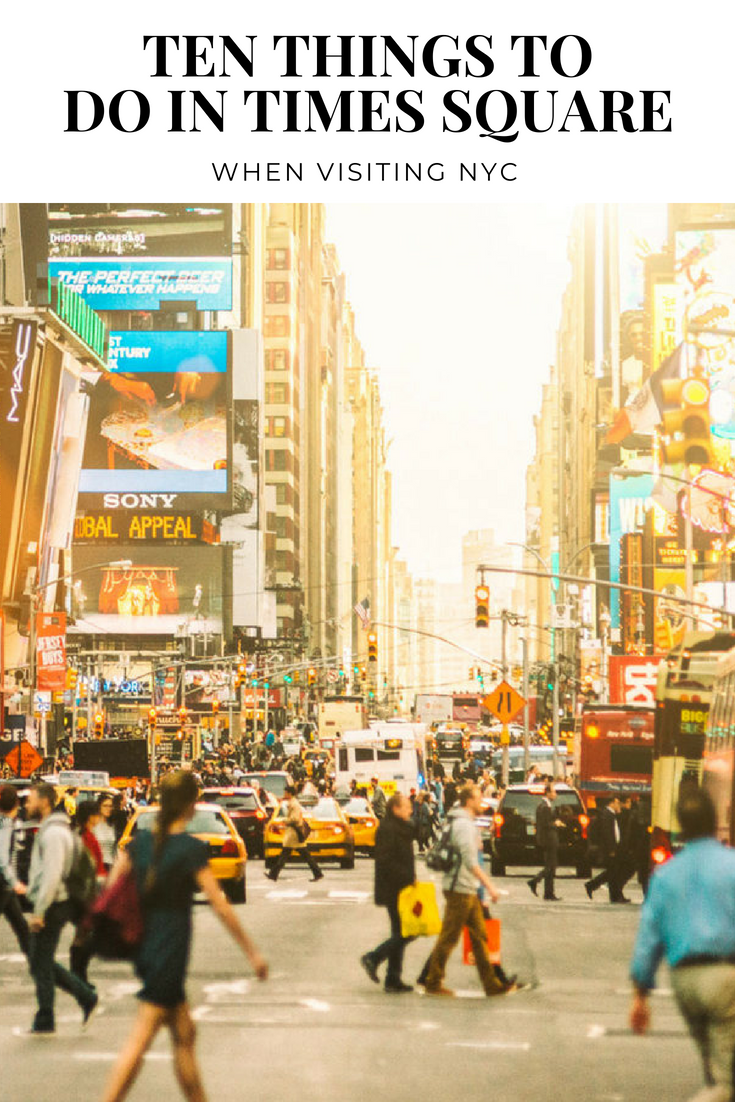 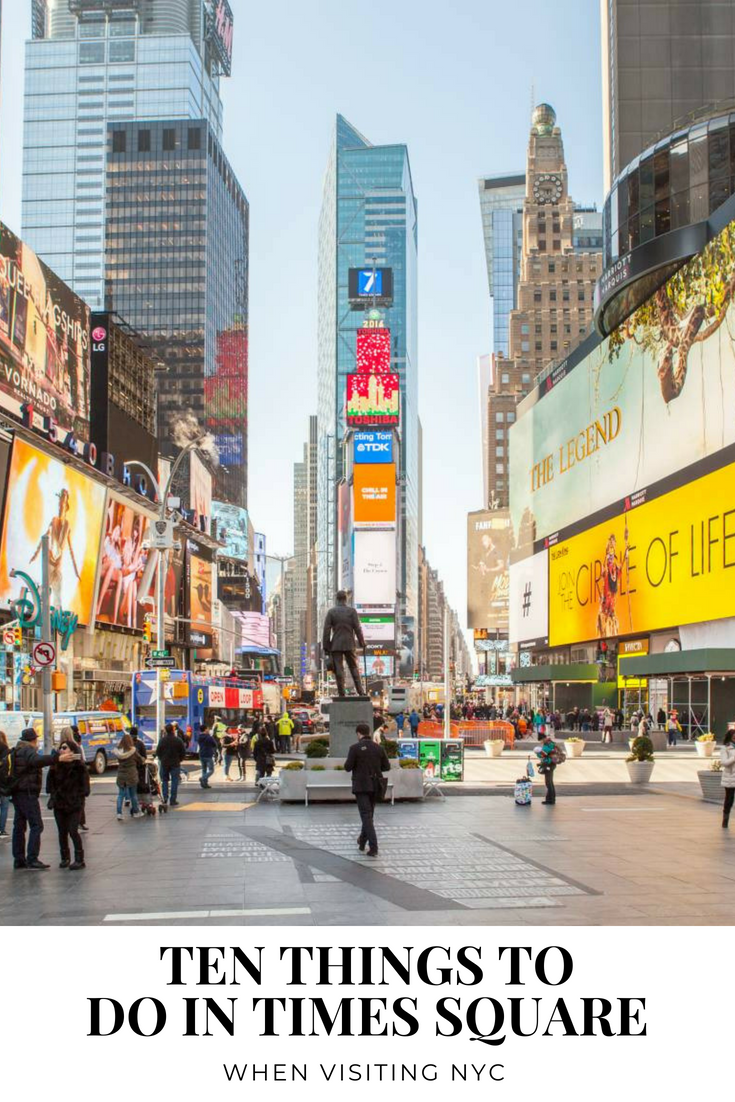 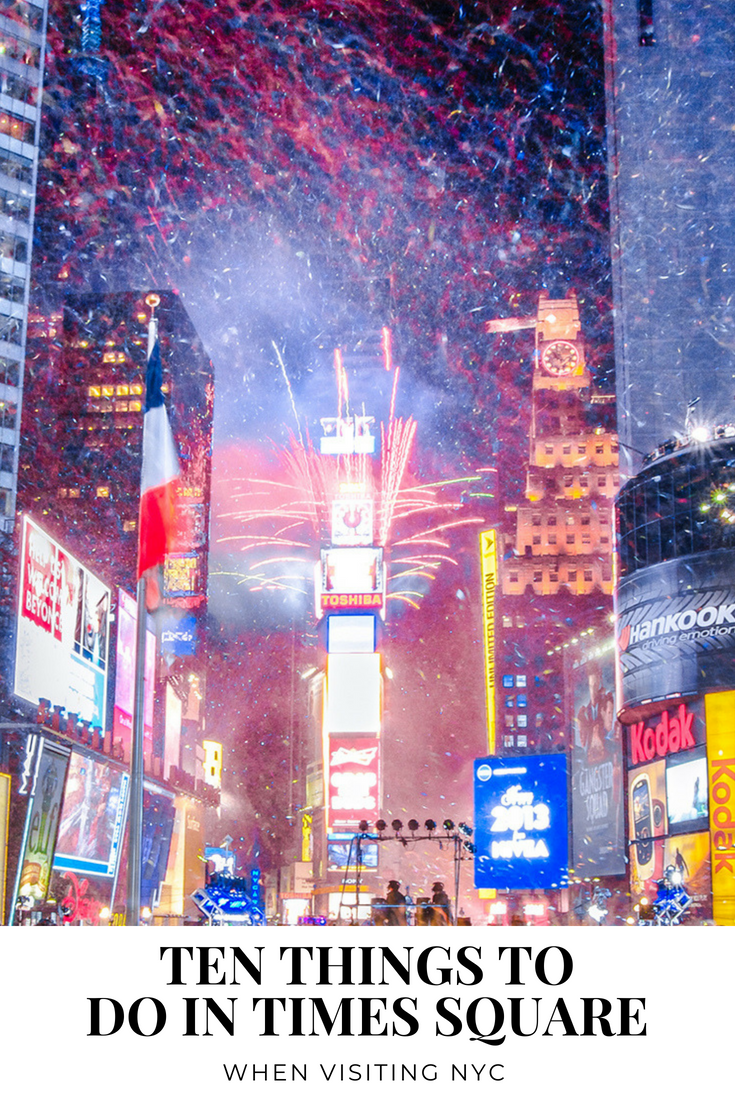 Top of the Rock vs Empire State Building: Comparing the Differences Between the Two Observation Decks

10+ Things to Do in Lower Manhattan During Your Trip to New York ...

Top of the Rock vs Empire State Building: Comparing the Differenc...

10+ Things to Do in Lower Manhattan During Your Trip to New York ...

Top of the Rock vs Empire State Building: Comparing the Differenc...