Top Museums in Oahu to Visit During Your Trip

Planning a vacation to Oahu? Our local experts put together a list of top museums in Oahu that you should consider adding to your itinerary. Oahu's rich heritage, notable history, and unique landscape are the foundation for a multitude of museums and attractions on the island. From historic World War II sights to premier art and culture displays, Oahu offers the best in education and entertainment. We put together a list of some popular Oahu museums that you should consider visiting during your trip. 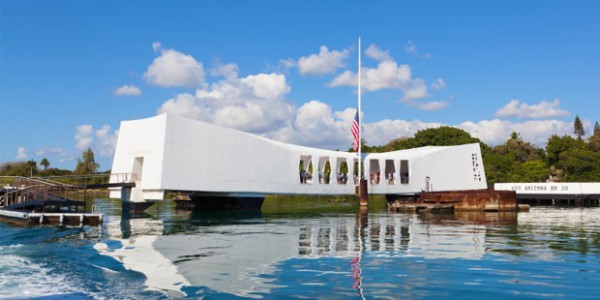 The most visited attraction in Hawaii is this somber memorial to commemorate those who lost their lives during the attack on Pearl Harbor. The USS Arizona Memorial is built over the remains of the sunken battleship Arizona, where most of the 1,177-member crew died on December 7, 1941. The memorial features an excellent audio tour that brings to life the stories behind this American tragedy. Be sure to check out the Pearl Harbor Visitor Center and the new book store that offers exclusive books and souvenirs. Getting In: USS Arizona Memorial tickets are included on the Go Oahu Card All-Inclusive Pass. 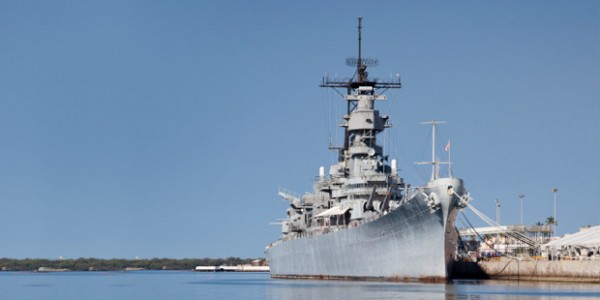 This ship is most famous for being the place where Japan officially surrendered to the United States, marking the end of World War II. However, the Battleship Missouri also served through the Korean War and Gulf War, endowing it with a powerful historic account to share. You can choose to take a self-guided tour or 1 of 3 guided tours aboard the "Mighty Mo." Stand on the Surrender Deck, the official site of the end of the Second World War as you reflect upon the legacy of the United States. Even if you aren't a history buff or part of a military family, this vessel will leave you riveted. Getting In: Battleship Missouri Memorial tickets are included on the Go Oahu Card All-Inclusive Pass. 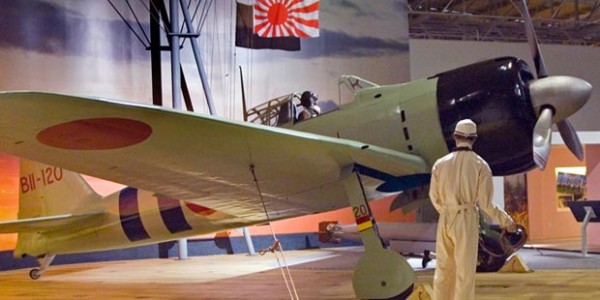 One of the top aviation attractions in the nation, this museum on Ford Island occupies World War II hangars that were bombed during the Pearl Harbor attack in 1941. History comes to life at this moving attraction that houses an aircraft collection totaling over 20 planes. You can even experience what it feels like to defend the skies like a real WWII pilot in one of the combat flight simulators. For added entertainment, visit the Laniakea Cafe, an island-themed restaurant imitating a pilot's club on the island as it would have been in the 1940s. This museum provides full access to the aviation experience of the Second World War while honoring and preserving its history. Getting In: The Pacific Aviation Museum tickets are included on the Go Oahu Card All-Inclusive Pass. 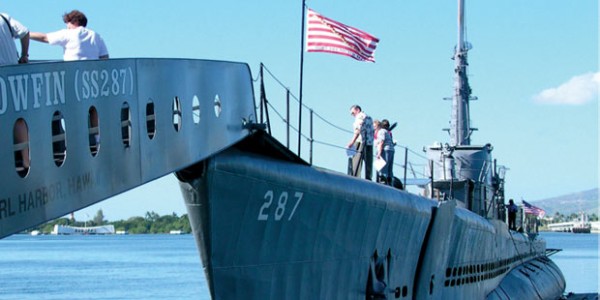 This legendary vessel is one of only 15 surviving U.S. combat submarines from World War II. Learn about submarines and the story of the USS Bowfin, known as the “Pearl Harbor Avenger,” including its many successful attacks on enemy warships and discover the hardships and victories the crew had. Tour the ship itself and browse through the museum’s impressive collection of submarine artifacts including weapon systems, photographs, paintings, battle flags, and original military recruiting posters. Visitors will gain a new appreciation for the unique role that submarines played during WWII. Getting In: US Bowfin Submarine & Park tickets are included on the Go Oahu Card All-Inclusive Pass. 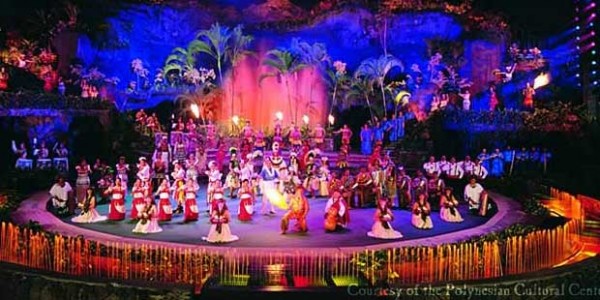 Experience the true culture of Polynesia for a day as you make your way around this celebrated cultural center. The PCC provides the most comprehensive way to explore the culture of the many Pacific islands through 8 re-created island villages and interactive exhibits. Cracking coconuts, starting fires, and learning how to fire knife dance are just a few of the many activities to choose from. The PCC is also home to the famed "Rainbows of Paradise" canoe pageant and the award-winning Ali'I Lu'au dinner. Don't miss the "Ha Breath of Life" show, an ancient Hawaiian story performed by over 100 cast members. Getting In: Polynesian Cultural Center tickets are included on the Go Oahu Card All-Inclusive Pass. 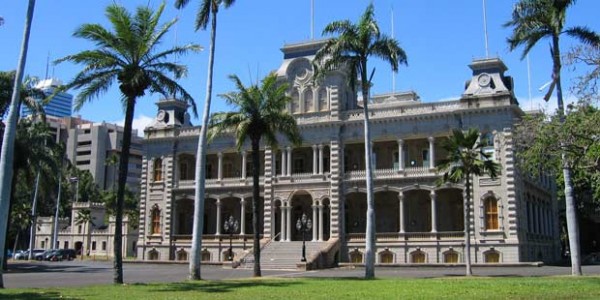 Discover a time when royalty reigned at this meticulously restored palace. It was home to the last 2 monarchs of the Hawaiian Kingdom, King Kalakaua and his successor Queen Lilioukalani. They lived here in the late nineteenth century, and their residence is the architectural embodiment of opulence. The palace also features a collection of recovered artifacts that were lost or stolen during the overthrow of the government in 1893. Iolani Palace staff have spent decades working to restore these priceless artifacts to their original home, and many are still missing. However, you can see their efforts succeed every year as new pieces are added regularly. While you're visiting, you'll have access to all of the main rooms and halls, including the Grand Hall and the King and Queen's private suites. Before you leave this royal historic site, make sure to check out the gift shop for some unique Palace souvenirs. Getting In: Iolani Palace tickets are included on the Go Oahu Card All-Inclusive Pass.

Image credit: Honolulu Museum of Art Facebook page.
The Honolulu Museum of Art is a must-visit destination for art lovers. Whether you prefer classical sculpture and historic painting, or uniquely Hawaiian art, textiles, and more, you'll find it all here. Known for their fine collections of Asian art -- including pieces from China, Japan, Korea, Southeast Asia, and India -- they offer more than 16,000 objects from artists across all periods of history. They also feature an excellent collection of Western art that includes artifacts from Ancient Egypt to the present day. It's arguably Hawaii's best fine arts museum, so don't miss out on your chance to explore its engaging galleries. Getting In: Honolulu Museum of Arts tickets are included on the Go Oahu Card All-Inclusive Pass. 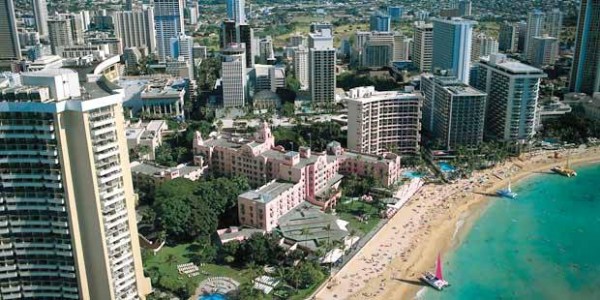 Go on a full-day  guided tour of historical Pearl Harbor and learn all about the attacks that led to the United States' entry to World War II, one of the most pivotal moments in WWII. This comprehensive tour is one of the most popular things to do in Hawaii and checks off lots of top attractions and landmarks along its strategically planned route, including: Getting In: Pearl Harbor Historical-City Tour tickets are included on the Go Oahu Card All-Inclusive Pass. 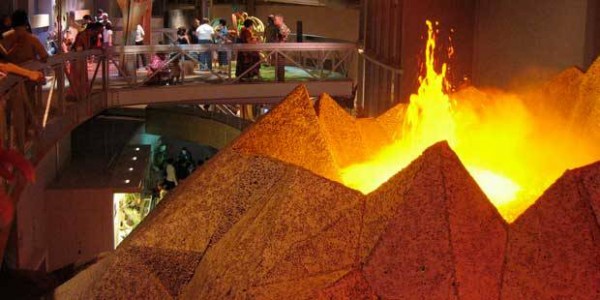 Visit Hawaii's largest museum and learn all about the natural and cultural history of Hawaii. You'll get to explore exhibits dedicated to Polynesian culture. Among these treasures are family heirlooms of Princess Bernice Bishop, the last descendant of the royal Kamehameha family/ Here you can also see over 22 million specimens of animal and plant life, learn about volcanoes at the "active" volcano display, visit the planetarium, and more. They are particularly well-regarded for their Hawaiian Hall, which is organized around the three physical and spiritual realms that are significant to the Hawaiian people: Kai Äkea (the sea); Wao Känaka (the human realm); and Wao Lani, the heavenly realm. Insider Tip: Bishop Museum offers a free shuttle service to and from Waikiki locations. Getting In: Bishop Museum tickets are included on the Go Oahu Card All-Inclusive Pass. 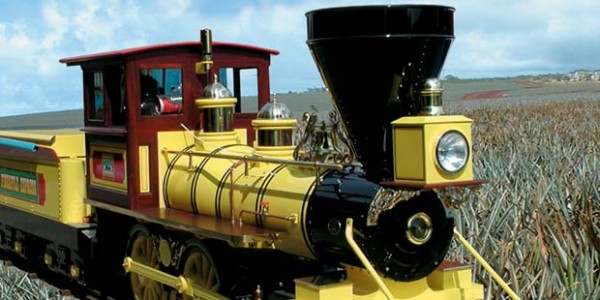 Located in historic Waipahu, head to Dole Plantation to learn all about Hawaii's pineapple industry. You'll see how it all started, how it has shaped Hawaii's history and economy, and how the plantation workers live today. Learn how Hawaii's plantations have contributed to the islands' ethnic heritage through furnished homes, community structures, plantation-era architecture, and small guided tours. Many guides offer personal stories of their ancestries, which bring the experience to life. Feel the warm and inviting atmosphere of the community while learning about its rich and diverse history. Getting In: Hawaii's Plantation Village is separately ticketed and are not included on the Go Oahu Card All-Inclusive Pass.

Remember to Save on Museum Admission

So that's our list of some of the most popular museums in Oahu. Remember, many of these options are included on the Go Oahu Card All-Inclusive Pass, which can help you save up to 55% on combined admission vs paying at the gate. 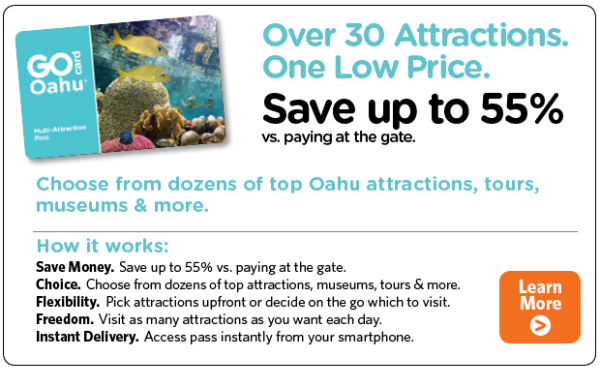 Getting Around Oahu - Honolulu, Waikiki & Beyond - How To Guide for Tourists

5 of the Best Places to Watch the Sunset on Oahu

5 of the Best Places to Watch the Sunset on Oahu